Decent romantic comedies are few and far between these days with Netflix dominating the genre with regular releases of mediocre, star-driven stories with predictable endings. The Danny Boyle directed Yesterday is a welcome change of pace to the genre as his bizarre, alternate reality is realized on screen. A world where Coca Cola, Harry Potter and cigarettes don’t exist and most alarmingly, a world that has never known The Beatles.

Jack Malik (Himesh Patel), a struggling singer/songwriter from a small seaside town in England is used to playing open mic nights and gigs in bars to small crowds. His manager and best friend, Ellie (Lily James) supports him in every way she can while trying to help him make it big. While an unknown cosmic event causes a global blackout, Jack is hit by a bus on his bike home from Ellie’s. Upon being discharged from hospital and meeting his friends, he gets out his guitar and starts playing The Beatles famous ‘Yesterday’ and to his great shock, his friends have never heard of it before and moreover they’ve never heard of The Beatles either. Jack finds fame and fortune playing the songs of The Beatles to brand new ears and reaches global fame with the help of his Los Angeles manager Debra Hammer (Kate McKinnon). However, with his fame comes the alarming realization that he is not the only one who remembers The Beatles and with his rise in popularity he risks losing the one thing he loves more than music, which is Ellie. 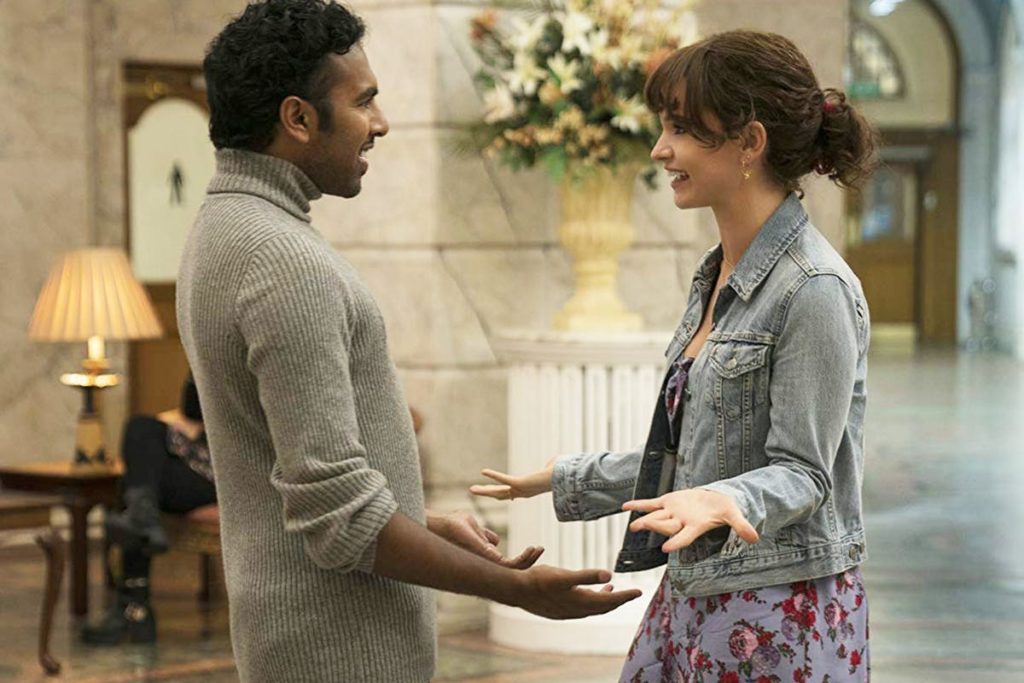 Written by Richard Curtis, who’s writing credits for British romantic comedies include such masterpieces as Notting Hill and Love Actually was the ideal choice for composing this story. While it is overtly cheesy in places like the moments where relationships are called in to question and Jack faces the daunting realities of his fame, the story has been put together in a way that you don’t really question nor dwell on the bizarre situation Jack finds himself in. You are just along for the ride which is all you need to do. Danny Boyle’s direction is overshadowed massively by Curtis, as Boyle is known for his very creative directing style, this feels much more like a Curtis movie than a Boyle movie. 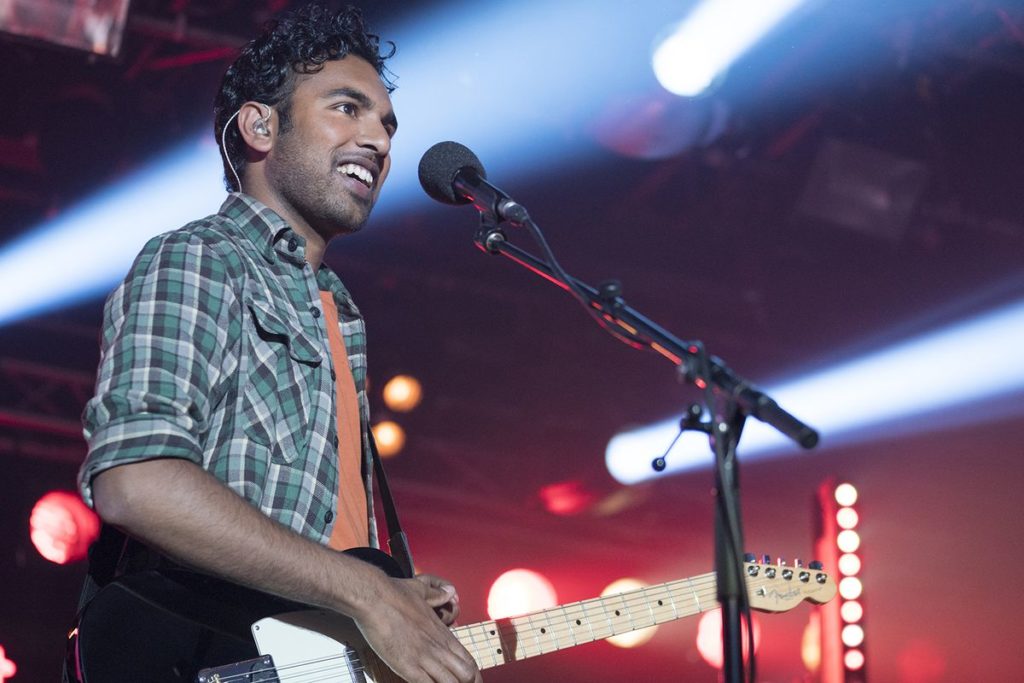 Hamish Patel, who rose to fame from the popular British soap opera EastEnders, does brilliantly in his first lead film role as Jack Malik. He has a comically negative outlook on life in the typical way that is so synonymous with British comedy which makes upbeat and positive Ellie his perfect counterpart. Lily Collins is quite over the top in this film and certainly isn’t her best film role, but Curtis can only really write female characters in one way. Ellie shares traits with Bridget Jones and Anna Scott while having her own unique qualities as well. She serves a purpose as Jack’s manager but once he makes it big, she’s only there as the love interest and she is worth more than that. Unfortunately, this film also serves as a platform for Ed Sheeran to stretch his acting legs a little bit more than the occasional cameo in Game of Thrones and Bridget Jones Baby. His performance is not the best and he is in it far too much, but he does play an interesting part. The region in which Yesterday is set is the county of Norfolk in the eastern part of England. Ed Sheeran is famously from Suffolk, the neighboring county. As an artist who has found global fame from performing in local pubs in small towns, his story bears a resemblance to that of Jack’s. It makes sense for him to be in it and for him to be a sort of rival/mentor to Jack but the man can’t act for toffee so it lets certain scenes down a bit. 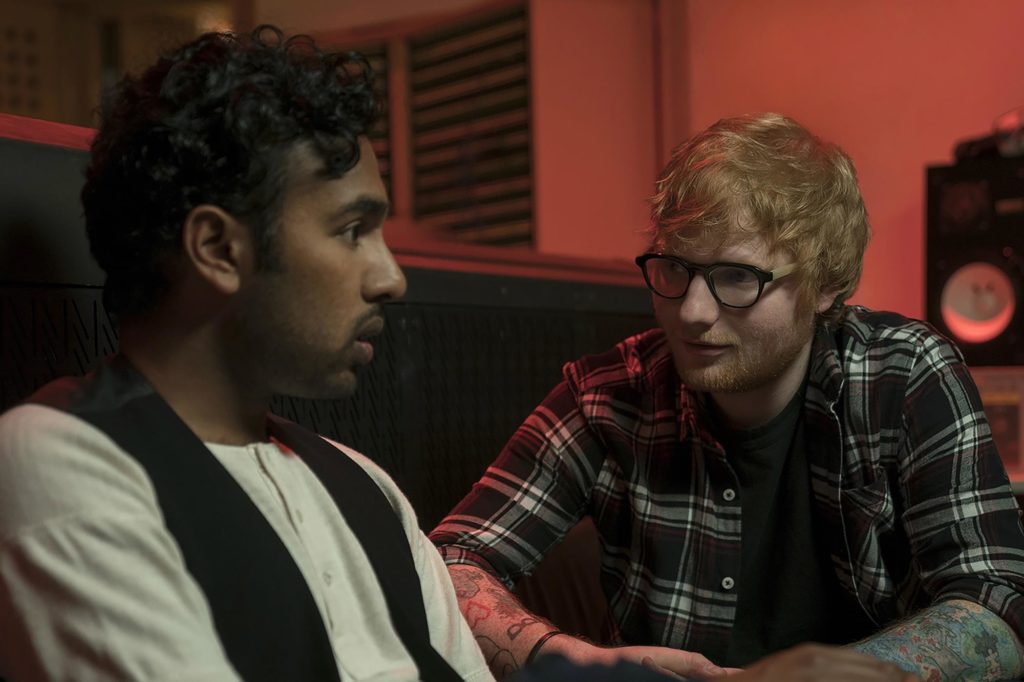 As far as the story goes there is little to no explanation for what is going on and the final resolution to the story feels more like a morality lesson than the ending of the film, but it had to end somehow, you just get the sense that no one really knew how to do it right. The ending aside, this film does wonderfully at reigniting a deep-rooted love of The Beatles songs and really hammers home the fact that they stand the test of time. If they had been released today, it doesn’t feel beyond the realms of possibility that they would be just as popular, maybe even more so than they were in the ’60s. The film serves as something of a love letter the very heart of British music, a story of four young boys who found global fame as one of the biggest bands on the planet seemingly overnight. They played in small bars and clubs, had dinner with their mum and dad every night, hung out with friends at the pub, just lived the normal life of a twenty-something lad from Liverpool. Just like Ed Sheeran and just like Jack Malik.

Yesterday is the perfect Saturday night movie. Why not crank up the volume and fall in love with The Beatles all over again?

Yesterday premieres on HBO on Saturday, March 07 at 8:00pm.

Still not convinced? Take a look at the trailer below.