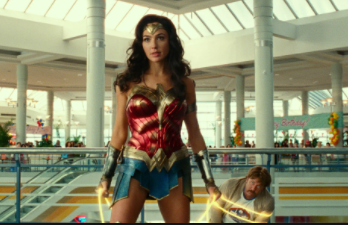 Wonder Woman returns and so does this movie. Wonder Woman: 1984 was, of course, the first Same-Day Premiere for HBO Max. Now the movie returns with its arrival on HBO itself.

This next WW installment sees our heroine, Diana Prince/Wonder Woman (Gal Gadot) reunite with her love Steve Trevor (Chris Pine) and face two new enemies: the rich and narcissistic Max Lorenzano/Max Lord (Pedro Pascal) and the resentful and angry Barbara Minerva/Cheetah (Kristen Wiig). The year is 1984. The fashion, music, greed, and politics of the day are quite fun to see. 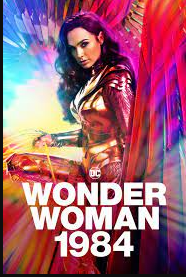 Diana is an employee of the Smithsonian Institution in Washington, D.C (note the strategic location of where Diana now works and how it is close to the heart of power and politics, the White House, Congress, etc.). Diana secretly moonlights as Wonder Woman, ridding scum off the streets, helping good people, being a hero. Unfortunately, while working during the day, Diana becomes the focus of envy from another employee, the awkward geologist Barbara Minerva. Barbara is elusive but starts to become resentful of Diana.

The FBI come calling at the Smithsonian with an unusual request – an item that was almost stolen, called the Dreamstone – comes under intense scrutiny between the two women. Diana pines for her former boyfriend, Steven Trevor, to come back to life. Barbara, on the other hand, wishes to have power and be like Diana. This item creates a lot of trouble. Diana gets her wish and is reunited with Steve but for Barbara, she is taken advantage of by a suave businessman names Max Lord (who appears to have it all: brains, 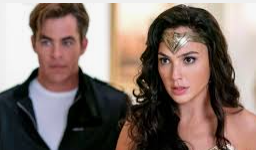 business, success, and wealth). Max gets the Dreamstone and with it, he wants to become all-powerful and be able to control everything and everyone. However, there is a problem with Max: he is a little bit unstable and having a man like that with absolute power is not a good thing for anyone; thus becoming a typical comic-book villain.

There is another fly in the ointment: this Dreamstone was created by a God who was not exactly a guy you would feel safe around or trust. Dolos, the Duke of Deception, created this stone with some limitations. If you want to make a wish, it ends up depleting you unless you reject your wish or refuse the stone. When the President of the United States talks about a satellite that broadcasts signals all over the world, Max sets his sights on it. While Diana and Barbara end up rejecting 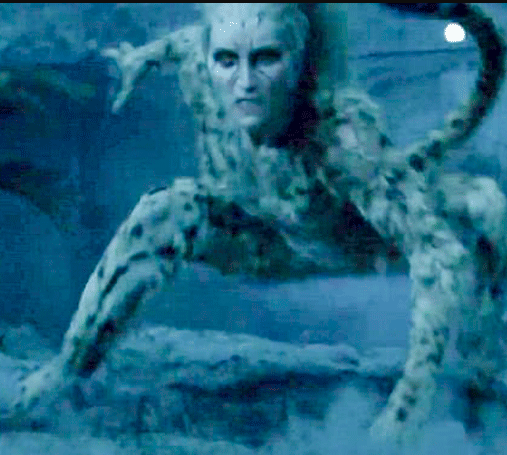 the stone, Max wants total power at any cost to his health, to get what he wants – unlimited wishes for viewers while at the same time extracting the life out of anyone watching. He is really obsessed with having unlimited power and both he and Barbara escape from the White House when they are confronted by Diana and Steven.

Diana dresses up in armor that pays homage to her Amazonian roots (the armor represents the Amazonian warrior Asteria) and flies towards the satellite and fights against Barbara. Barbara has now become a powerful cheetah human hybrid. After a physically exhausting fight, Diana subdues Cheetah, throws her into a lake – electrocuting her but pulls her out of the water. Using her famous lasso, Diana finally confronts Max Lord, showing him the misery, he’s caused, the unhappy memories he had from childhood and his son searching for him. Max rejects the wish he made to be with his son. Barbara becomes fully human again. The blink and you miss it part: the Amazonian warrior, Asteria, is living among humans – and it revealed to be the original Wonder Woman herself: Lynda Carter. How awesome is that?!

Is it awesome enough superhero escapism for you? Is it wonderful enough to revisit the era and the characters?  Is it all awesome enough to see it play on HBO? Catch its HBO debut Saturday, May 22, 2021 at 8:00pm. Catch the wonder that is Wonder Woman!