A beer in the shower (as part of an introductory montage), and the trailer-fueled promise of inspired buzzer-beaters might lead you to think that you know what you’re in for when you settle into Gavin O’Connor’s The Way Back. This is not his first collaboration with (albeit this time an on-form) Ben Affleck, nor is it his first gritty comeback story set against a sporting backdrop. If this is trodden territory for O’Connor, it is even more so for anyone who is already familiar with and partial to the worn-on-sleeve influences of Hoosiers, Coach Carter and even O’Connor’s breakout effort itself – 2011’s brutally overlooked Warrior. 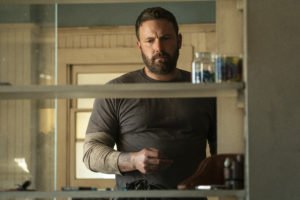 For the opening 20 minutes, there’s no dancing around it being exactly that, as seems to be the intent. Affleck’s Jack Cunningham is a former high school basketball star turned construction worker. He drinks in his car. He drinks at work. He drinks at the bar after work. He even drinks before, during and after Thanksgiving with his sister. And if his lifestyle is challenged by those closest to him, he is all too theatrically quick to throw that can across the room.

As The Way Back begins to develop outside of the aforementioned tropes associated with middle-American alcoholism, however and introduces the notion of vices being replaced with something positive, it finds it’s footing, rolls out of the screen and nails a fadeaway jumper – to take the game into overtime, however, rather than win it outright.  Odd though, that for all it’s apparent cornhusking grit, it is externally and obviously set amongst Los Angeles palm trees. 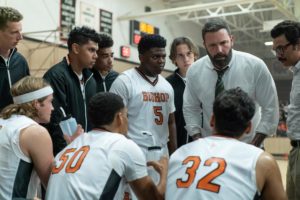 The key driver here is Affleck. Meta? Maybe, but he is in his element, whichever way you look at it. There is always going to be something powerful about falling back in love with the game that passed you by. Once given the chance to coach in an interim capacity at his alma mater where he made his name, the boozing subtly begins to take a backseat at Jack’s passion, and in turn, his focus is restored as not only basketball, but the human connection with his players serves to intoxicate his soul in a way that other forms of a stimulant cannot. In fact, his replenished cup doth spilleth over as Jack’s profane pursuit of greatness see him ejected from games and needing to heed the words of the team chaplain who, in a scene not necessarily viewed as pivotal at the time, warns him not to underestimate the influence he can have on the way his boys conduct themselves. Indeed, he impacts them all on an individual and personal level that is only fully realized on a collective front once his initial heavy lifting of the team is complete and, wouldn’t you know it, they’re in the playoffs. 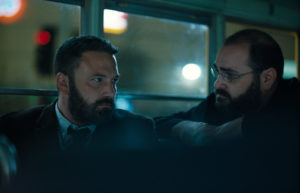 Basketball aside, Jack’s additional demons are revealed like shockwaves at narrative junctures that do well to subvert the types of formula easily associated with fictional yarns of this nature. Even that slo-mo game winning shot moment that the film was never going to be without comes way earlier than expected, which sets up the third act nicely. The game is won, the drink is down(ish) – what’s left to redeem?

The biggest takeaway from The Way Back and it’s the portrayal of alcoholism is that it doesn’t compromise the fact that the pain that has induced it, and in turn the affliction itself, is ongoing – that the opportunity to find relief in the game of basketball is not a permanent fix, but the chance to feel something different while having a lasting and positive effect on a few young lives that are yet to be sullied by the unjust hardships that one can ultimately face. To communicate that message, while still delivering the sporting highs and suggestions of eventual atonement is no easy feat, but O’Connor and Affleck breeze through it in under two hours, culminating in a what is a lingering, but not necessarily lasting Saturday night movie of the week.

The Way Back premieres on HBO on August 29th at 8PM.

Still not buying Affleck as the boozy coach? Check out the trailer below that is considerably more melodramatic than the film itself: