The Curse of La Llorona is the directorial debut from Michael Chaves and the sixth film to take place within The Conjuring Universe. While this film is plentiful in its jump scares it significantly lacks any kind of real story and instead meanders through a loose plot that feels like its being made up as we go along.

The true story, or the legend as it is more accurately referred to is that a young Mexican woman married a rich man and had two children with him. When she discovered he was cheating on her with a younger woman she drowned her two children as a way of taking something important from him. Immediately regretting her decision she then drowned herself. Legend has it that upon arriving at heavens gate, she was turned away and told to live in purgatory, to spend her time looking for children to replace the ones she killed. This is what haunts the Garcia family, a single mum, Anna (Linda Cardellini) and her two children. The film takes place in Los Angeles in 1973, exactly 300 years after La Llorona first committed her murderous, vengeful act. 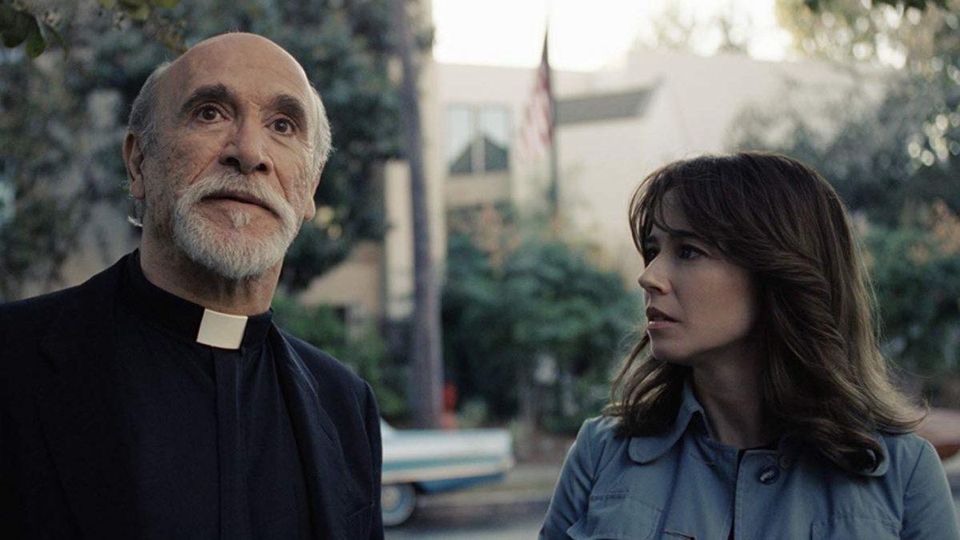 Unlike the other films in The Conjuring Universe, The Curse of La Llorona is based on Mexican folklore rather than actual events that have been encountered by Ed and Lorraine Warren, the real-life famed demonologists who frame the other films. The link to the other films is tenuous as the priest who featured in the Annabelle films shows up to give Anna some much needed advice, stating that his eyes were opened to the possibility of other realms after helping out on the Annabelle case. The Curse of La Llorona doesn’t much belong in this universe and the inclusion of it merely a marketing ploy to help sell tickets.

There are plenty of great jump-scares, something that this film does well, as La Llorona creeps into the shot to terrorize this small family by winding down car windows and lurking in muddied pool waters. However, despite these moments being a paint by numbers jump-scare, there is nothing of any originality about it. Chaves knew what would work so instead of trying something different, simply played it safe. Sometimes this works but when you already have a mediocre screenplay you’re really going to need to amp it up in production. There were so many shots, leading up to a jump-scare that lingered on too long to a point that you find yourself losing interest. The general tone of the whole film is very shallow and somber; conversations are held quietly, lighting is low. Nothing really grasps you until the jump-scares wake you up and remind you that you’re watching a film. The rest of it, quite honestly. is just very boring. Even in the film’s final act where La Llorona is lured to the house for capture by priest turned shaman Rafael (Raymond Cruz), there is very little actual peril and instead, a wanting for it to just be over already, and not in a good way. Linda Cardellini spends the majority of the film screaming her children’s names while rushing from room to room in her home, getting there seconds too late each time.

The film missed out on taking the time to delve further into the folk tale that inspired it. There were a few minutes at the start that sought to tell this whole story, but there was nothing more than that. Cast and crew, most of whom were Mexican all spoke of how La Llorona was a genuine part of their childhood, that their parents would use her as a threat for bad behavior. That kind of childhood fear was not present here which made it difficult to feel any kind of connection to the very sparse plot that was there. An attempt to make Anna vulnerable by having her investigated by the Welfare Office was just unnecessary screen time, these scenes could have even hammered home just how terrorized this family was by La Llorona. You never feel like they really are in any kind of danger.

For a Saturday night horror flick, you can’t really go wrong. It certainly does have moments that may have you peeking through your fingers but as long as you don’t go in expecting anything anywhere near as nuanced and terrifying as The Conjuring, then you may find yourself pleasantly surprised.

The Curse of La Llorona premieres on HBO on the 25th of January at 8pm ET.

Still not convinced? Take a look at the trailer below.