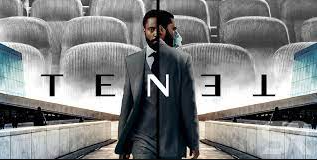 Espionage. It is the cornerstone of sabotaging an individual, corporation, or government.  From the silent era to Hitchcock to the modern takes on James Bond and Mission Impossible, Hollywood and studio systems worldwide have produced espionage films as escapism. Christopher Nolan’s time inversion espionage film, Tenet was released in August 2020 amidst the height of the still ongoing COVID-19 Pandemic. Tenet’s release was just slightly delayed, to provide a respite from the pandemic, for the director’s work is often the most highly anticipated release of each given year. Yet even this auteur could not topple a global pandemic. Tenet opened to mostly positive reviews, but its appraisal is less than Nolan’s earlier work. The $200 million dollar price tag of the film was barely (if) recouped with its $325 box office. The newly instated hybrid streaming/theatrical release of Warner Bros. films has caused Nolan to break ties with WB. Alas, you are not here to read the drama between a studio and its former number one go-to director. What does HBOWatch.com think of Tenet?  This review argues that Tenet highlights the best and worst of Nolan. 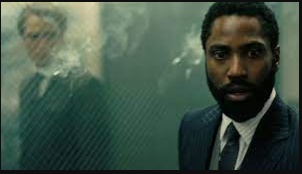 John David Washington (Ballers, BlacKkKlansman) is The Protagonist. We are not given a name or official allegiance, although clues point to The Protagonist being a CIA operative. After an extraction mission in Ukraine goes awry, the protagonist awakens in a hospital bed on board an icebreaker somewhere on the Atlantic Ocean.  Here, the viewer and main character are briefed by a mysterious government agent on the central plot:

Armed with only one word, ‘Tenet’, and fighting for the survival of the entire world, The Protagonist journeys through a twilight world of international espionage on a mission that will unfold in something beyond real-time.

Nolan is no stranger to having his films set against the backdrop of heavy science. Yet the time dilation prevalent throughout Interstellar, and moderately present in Inception, are more approachable than here. Filmed with IMAX 70mm film cameras specifically engineered to shoot scenes in reverse, Tenet will astound, confuse, and frustrate viewers. Perhaps some will experience all the aforementioned. Despite its heavy plot, the relationship between The Protagonist and Neil (Robert Pattison), is genuine and entertaining. Their exploits infiltrating an Indian arm’s dealer’s home and executing a daring art heist in an oxygen-deprived vault burns in the mind day after viewing.

Posh dining facilities in London, the streamline Olso, Norway International Airport, the mysterious and busy Mumbai, India, the lush Amalfi Coast of Italy, and the brutalist architecture of former Soviet Republics make Tenet a true globe-spanning spectacle.  Regarding the former location, one of cinema’s most thrilling car chases in recent memory transpire here. 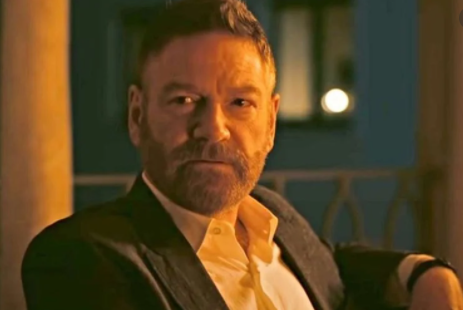 Russian Oligarch Andrei Sator (Kenneth Branagh) is the primary antagonist. Despite Branagh’s acting prowess, the character comes off as the typical wife-beating genocidal maniac that frequents high-concept action-adventure films.  Sator’s plan for mankind is terrifying, yet our lack of investment in the characters hampers the tension. The name Sator is a name associated with the Sator Square, a religious and mythical remnant that also contains the word, Tenet.

The final 20 minutes of the film is a true showcase of modern warfare. It’s a time-bending tactical mission(s): moving forward in time, and then in reverse moving backward from the future – each side using the knowledge that the other side gained from having already experienced it. Except, both sides are experiencing it simultaneously. Confused?  Unless you are Dr. Neil deGrasse Tyson or Dr. Kip Thorne, expect to have your brain scrambled. The production and originality of Tenet are admirable. However, the talented cast is embedded in underwritten characters. The last sequence involves a large-scale battle sequence between characters we have barely bonded with and an obscure enemy wearing oxygen masks. It should be noted that all are wearing masks, for oxygen flow in reverse is harmful, therefore the need for supplemental oxygen supplies.

Tenet was worth my time in theaters and purchasing on 4K UHD Blu Ray. Will it be worth the viewing of HBO viewers? Time will tell. As one of the scientists in the film states; “Don’t try to understand it, feel it”.  Tenet debuts on traditional HBO at 8pm ET May 1, 2021, and on HBOMAX on May 1, 2021.