In an era where multiplexes are so dominated by films in franchises, it is a real breath of fresh air when a blockbuster like Ready Player One comes along with epic originality as well as being one of the most enjoyable films I’ve seen in a really long time. Stephen Spielberg masterfully plays homage to a plethora of films and games throughout history while simultaneously telling a brilliantly crafted treasure hunt story, showing us that while there is still a well-deserved place for him in movie theatres. 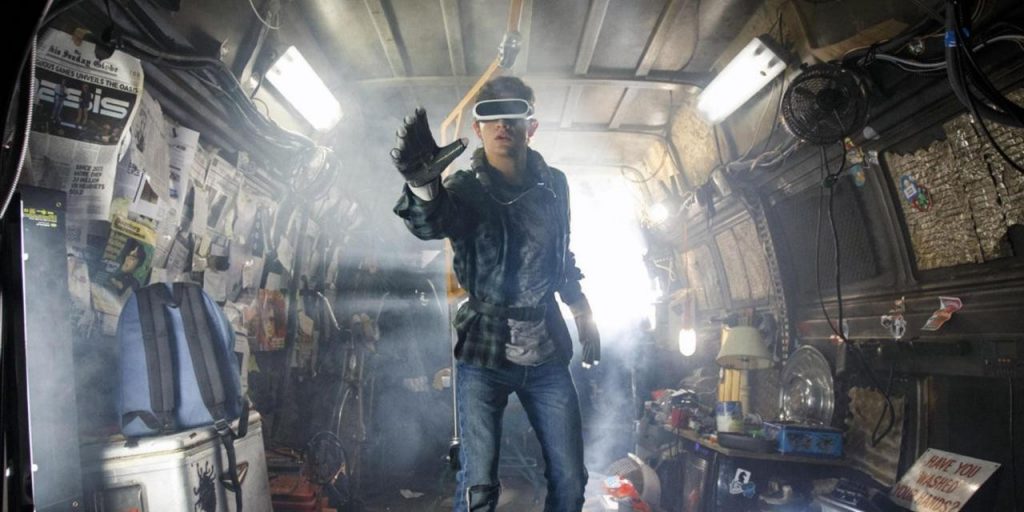 The year is 2045 and the world appears to be suffering under the weight of overpopulation. Living spaces are severely cramped, people are living in poverty and the only respite from this sick, sad little word is by using virtual reality to visit a gaming universe called OASIS. Created by two best friends many years before, Ogden Morrow (Simon Pegg) and James Halliday (Mark Rylance), players assume a new identity and enter into OASIS to escape the mundanity of normal life. This is where these people really live, where they meet friends, fall in love and spend the majority of their time and money. After his death, Halliday leaves his fortune somewhere in OASIS and creates a treasure hunt for devoted players to try and complete in order to inherit everything he ever worked for. It’s a very Willy Wonka-esque plot. The villain of the piece is Nolan Sorrento (Ben Mendelsohn) who seeks to win the fortune so he can commercialize OASIS for himself and he recruits a number of people called ‘sixers’ to do his dirty work. Five friends, however also work together to find the Easter Eggs, solve the riddles and reach the fortune before it falls into the wrong hands. It’s a classic case of kids vs adults in a race to save something sacred to mankind.

Most of the film takes place in OASIS so the visuals are largely CGI. This takes some getting used to because its reliant on you being able to connect with animated characters that are close to real people. The most impressive and most memorable in the film is one where the Easter Egg hunt takes them directly into The Overlook Hotel from The Shining. This was done by both digitally and physically recreating set pieces from the film and reinventing the scenes therein. There’s no Jack Nicholson or Shelley Duvall but we revisit iconic moments like the appearance of the Grady twins and the blood coming out the elevator with these new animated characters, and in case you think it might be too scary, panic not because there are plenty of characters who don’t know what they are getting into when they arrive in the scene.

I could dedicate thousands of words to discussing the endless references to popular culture, The Shining being the most significant for me, but the others are so frequent that it would be a tall order to recall them all. However, if you are a fan of ’80’s and ’90’s cinema as well as retro games then this film is going to be right up your street. From DeLoreans to Iron Giants, Ready Player One doesn’t hold any punches when it comes to acknowledging its roots. Stephen Spielberg as we well know, is responsible for shaping the cinema of our youth and even references his own movies in this movie. This gives us a film that is forward thinking in its depiction of the future of our world and the future of gaming but also recognizes its own roots and pays tasteful homage to a multitude of iconic movies and games. 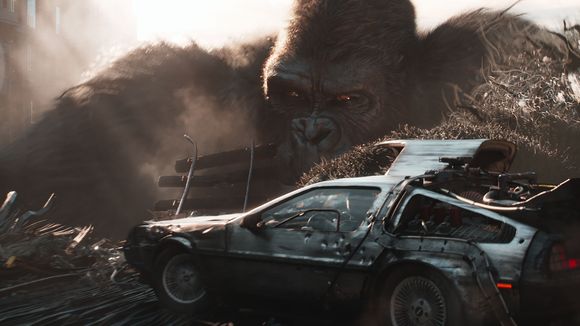 While the action sequences, chases, games and visuals of the film are enough to maintain your interest for its over two hour duration, the film significantly lacks in any worthwhile character development. Wade Wilson (Tye Sheridan), or Parzival as he is known in OASIS, is a very mediocre kind of guy. Its only his intense knowledge of Ogden Morrow and videogames that make him a worthwhile lead for this film. In terms of any other aspect of his personality, he is coming up short. Which makes his romance with fellow gamer Art3mis (Olivia Cook), utterly unconvincing and an annoying attempt at adding a new dynamic to their otherwise quite vapid personalities. Wade’s in-game best friends Aech (Lena Waithe) even jokes at one point that he shouldn’t be pursuing Art3mis because she could be an aging man in his parents basement and in a way I wish he had been. In a vague attempt to make her seem vulnerable, in real life Art3mis, otherwise known as Samantha has a large birthmark on her face that she tries to hide, but luckily for Wade she is an extremely beautiful young girl who also just so happens to be his age. Whereas two other members of his gang turn out to be completely different from their in-game characters, Wade got lucky with Samantha. I’m not even that bothered by how lucky Wade is that she turned out to be the person she is but more that there had to be a romantic element in this movie at all. It doesn’t really add anything apart from giving the hero his princess, an archetype that I’d like to be long buried in Hollywood blockbusters. 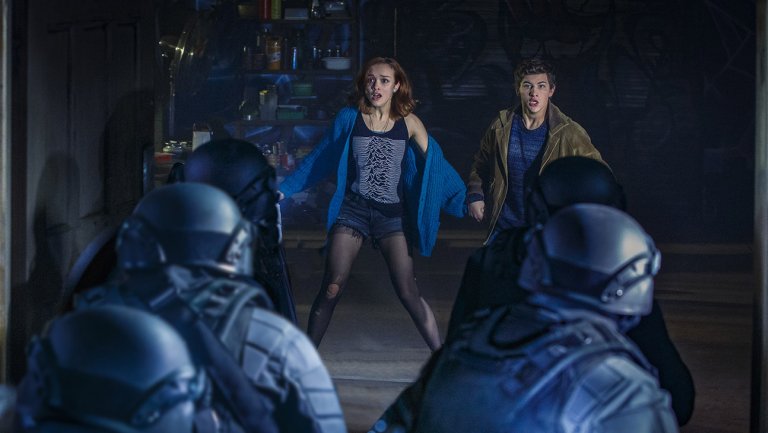 Despite this archaic element of the film, it is only minor in comparison to everything else and the film is still super enjoyable from start to finish. It’s not exactly breaking ground with narrative, plot or character but it is still the very epitome of an entertaining blockbuster. Perfect for a night in with friends.

Catch Ready Player One on HBO on Saturday December 8th on HBO at 8:00pm.