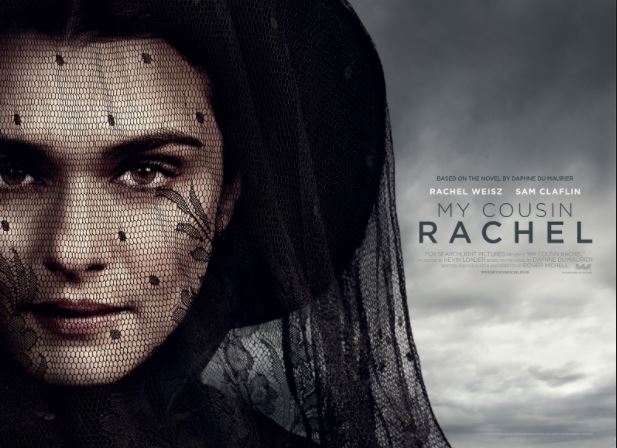 Readers familiar with Daphne Du Maurier’s novels know that their magic lies not only in the ambiguity of their plots but in the keen first-person subjectivity of her most famous narratives, like Rebecca and My Cousin Rachel. Following the perspective of the main character, the reader is placed through the psychological wrangling and torture that this character experiences throughout the novel. In the case of Rebecca, famously adapted for the big screen by Alfred Hitchcock in 1940, the main character Mrs. de Winter is constantly haunted by the specter of a woman she never met, the titular Rebecca. Her perception is limited and skewed by the knowledge she lacks. Philip, the main character in My Cousin Rachel, faces similar limitations and is 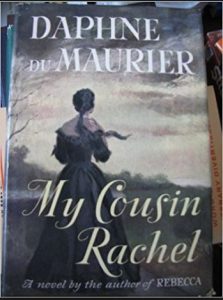 The story begins when Philip is a small child, orphaned and taken in by his adult cousin Ambrose. Philip does not remember his life before Ambrose, who raised him in an all-male household. His cousin is a gentle guardian, and he makes Philip the heir to his vast English estate. Several years later, Ambrose becomes ill and travels to Italy for extended periods of time to improve his health. Philip remains behind in England, and receives letters from Ambrose regarding the latter’s growing attachment and subsequent marriage to a woman named Rachel, who happens to be their cousin. When Philip travels to Italy to discuss the matter with Ambrose, he discovers that his cousin has died. Weeks later, Rachel travels to England to visit the estate, leaving Philip to ponder many questions. What happened to Ambrose in Italy? What was the true nature of the relationship between Ambrose and Rachel? What are Rachel’s intentions, now that Ambrose has passed?

My Cousin Rachel was originally adapted for the screen in 1952. Young Richard Burton played Philip then, and though he is rightfully recognized as a great actor, he did seem a bit astute for the role of Philip, supposedly an inexperienced young man, completely ill-at-ease with the arrival of an older woman. In 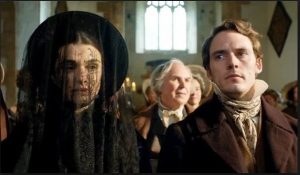 this version, Sam Claflin plays better towards those qualities. Claflin has an aura of wonder and confusion that Burton lacked. His Philip is, as he’s supposed to be, completely out of his depth when it comes to understanding the beautiful and enigmatic Rachel. On the other hand, the role is complicated by the fact that Philip’s frustrated fixation on her must also convey the threat of violence. If Claflin falls short in any way, it is in conveying how dangerous Philip can become, something Burton was able to do more efficiently. They are both very good as Philip; they each have different strengths they bring to the role.

As the titular Rachel, actress Rachel Weisz steps into the role originally played by Olivia de Havilland. Reportedly, du Maurier was unhappy with the casting of the pious and warm de Havilland in the role. Though far be it from me to disagree with the author, I would say that de Havilland doesn’t get credit for the multiple layers of intrigue and cunning she brought to Rachel. As a long-time fan of Weisz’s work though, I was very excited when she was cast as Rachel, and she does not disappoint. In addition to the ambiguity and evasiveness that she conveys, she brings a sensuality to the role that was mostly absent in the previous version. She is also far more assertive about protecting her independence. Weisz is aided by Dinah Collin’s costume design: her full widow’s dress, with its bustle and full veil, bring to mind the image of a spider in its web.

The rest of the design on the film is simple, yet lush as you can see from the trailer above. The countryside is full of color and blooming flowers, the clothes meticulously done for all the players. The direction, too, is both simple and beautiful, creating an atmospheric drama out of a story that could have fallen into cheap melodrama in the hands of a lesser team. For fans of subtle period drama, or Daphne du Maurier’s novel, My Cousin Rachel is sure to please. It premieres on HBO and its platforms on SATURDAY, MARCH 10th.