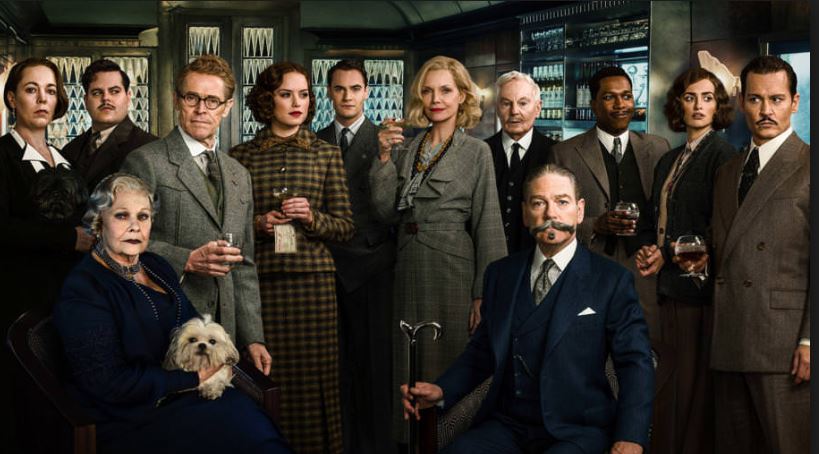 Everyone loves a good mystery; whether it’s a simple “who done it” or a high-toned medical drama, there is something about a good mystery that is seemingly hard-wired into our DNA that drives us to find the answers and there are few mysteries as genuinely novel as the 1934 classic Agatha Christie story, Murder on the Orient Express.

The story begins with the world-famous Hercule Poirot (Kenneth Branagh) wrapping up a case involving a theft at the Church of the Holy Sepulcher in Jerusalem when he is summoned back to London for another pressing case. His friend Bouc (Tom Bateman), Director of the Simplon Orient Express, offers Poirot a room aboard the train in the hopes of impressing the inspector. During the voyage, an unscrupulous American businessman, Edward Ratchett ( Johnny Depp), solicits Poirot to act as a bodyguard during the three-day trip. It seems Mr. Ratchett has been 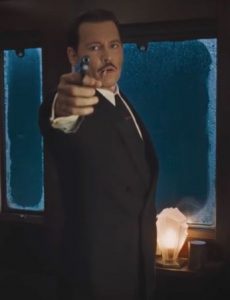 receiving threatening letters and fears for his life. Poirot is disinclined to accept Mr. Ratchett’s pleas. Later that night, the train’s engine is derailed by snow in a mountain pass and Ratchett is murdered, stabbed a dozen times. Persuaded to investigate the murder by his friend Bouc, Poirot guides us through a labyrinth of simple investigation…clues and testimonies laid out in plain sight for all to see. The trick, as Poirot puts it, is finding the lie amid the truth.

This story has been in the public consciousness for 84 years, and yet the brilliance of Christie’s writing causes even her most ardent fans to second-guess their memories of the ending. Perhaps the greatest challenge director and star Kenneth Branagh had to contend with was, in fact, making such an iconic ending to one of the most notorious novels ever written, interesting to film audiences. Fortunately for us, Christie’s ending was so magnificently simple, the complex misdirection of the story did all the real work.

Surrounded by an all-star cast, including Penelope Cruz, Willem Dafoe, Judi Dench, Johnny Depp, Michelle Pfeiffer, Leslie Odom Jr, Josh Gad and Daisy Ridley, Branagh gives an enjoyable interpretation of Poirot that neither wows nor particularly disappoints. Perhaps the most obvious variation of Branagh’s Poirot over previous portrayals is that he is given a little too much “heart.” The cold, cunning, detached inspector is played with a warmer, more compassionate sympathy that, while performed skillfully by Branagh, undercuts some of what makes Poirot so interesting…the audience’s inability to relate to such a masterful investigator.

As the mystery unfolds and we watch Branagh’s Poirot interview the suspects and otherwise interact with the rest of the cast. Everyone plays their part admirably, but there are no particularly 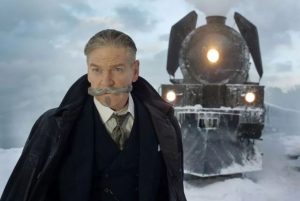 interesting character portraits in this film, and many of the performances are uninspired. Of course, with so much talent on the screen, the work gets done and you rarely find yourself falling out of the story for more than a few brief flashes. The one possible exception to this is Depp who has a mild, but noticeable tendency to “chew on the scenery” for his limited on-screen time. I wouldn’t go so far as to call his performance tedious, but it dances around that very thin line.

One of the most interesting things about this film certainly must be the cinematography of Haris Zambarlukos. The choice to use a 65mm format in such a confined space as a train car, a format typically reserved for grand epics and wondrous vistas, has a delightfully distant intimacy to it. The ornate opulence of the legendary train is captured in infinite detail, which serves as yet another subtle misdirection of the truth Poirot is sifting through.

In the end, the truth (or more so, the lie) is revealed, and we are left with what I think is the stories greatest gift. Not the stunning revelation of “Who Done It,” nor the sudden realization that the answer was so obvious, the clues so perfectly apparent, that you wonder how you could have possibly missed it. No, the greatest gift this story leaves us with is an honest discussion of truth and the revelation that justice and righteousness are not always the purview of the legal system. 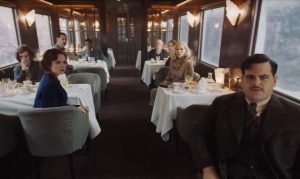 This interpretation of Murder on the Orient Express is subtly insightful, and a worth-while story to revisit. It’s a fun experience for people just discovering the joy of Christie’s stories. Unfortunately, it doesn’t really impress the way one would hope for a story that has literally shaped the entire mystery genre. There are many interpretations of Poirot and this particular caper, and while this one may not be a shining example, in my personal opinion, it is still a welcomed addition to the legacy of Christie’s work.

We’d love to hear what you think in the Comments below. Find 2017’s rendition of Murder on the Orient Express debuting on HBO on Saturday, August 11 at 8:00pm.