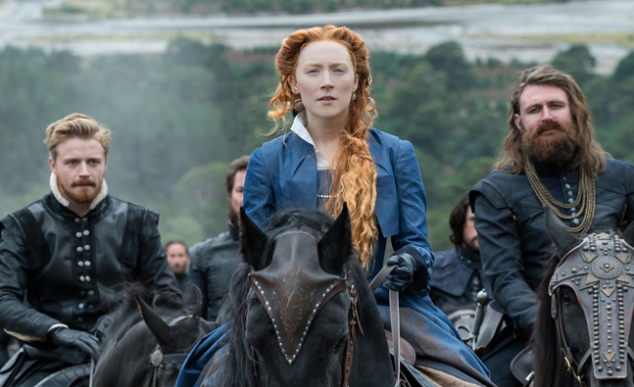 Noted English theatre director Josie Rourke has been celebrated, and rightfully so, for her impressive work on the stage. She has steered productions of Much Ado About Nothing, starring David Tennant and Catherine Tate, and Coriolanus, starring Tom Hiddleston (both recorded for audiences outside the U.K.). Fans of cinema and theatre film greatly anticipated her film directorial debut, with 2018’s Mary Queen of Scots.

The story of the Scottish monarch has been brought to the screen many times, most notably the 1936 version titled Mary of Scotland, directed by John Ford and starring Katharine Hepburn. Most versions focus on the relationship between Mary and her cousin, Queen Elizabeth I of England, and it’s easy to see why the tale would seem compelling. The two Queens were female monarchs who took the throne after centuries of male leadership. The fact that they were related meant that they shared a literal kinship, but it also meant that they were each other’s competition. Throw in the political upheaval caused by the strife between the Protestants and the Catholics (Elizabeth was Protestant, Mary was Catholic), and the two women, who never actually met, were forever linked by history. 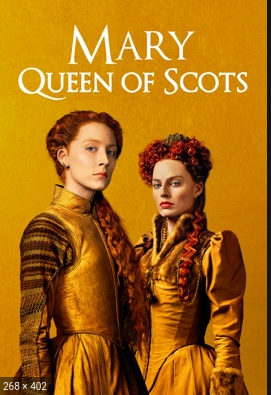 But therein also lies the challenge of Mary’s story for filmmakers: her tale is always told in relation to her cousin’s, yet in Elizabeth’s life story, Mary is a blip (see Elizabeth: The Golden Age). Sure, she was in Elizabeth’s thoughts as a potential rival and/or successor, but Elizabeth had A LOT of other things going on. When Mary is placed in the spotlight, she suffers by comparison.

In Rourke’s film, Elizabeth, as played by Margot Robbie, seems diminished. She spends most of her time in tears and sadness, contemplating the events in Mary’s life from a distance. This should make Mary (Saoirse Ronan) seem stronger, but it doesn’t quite work. Mary speaks the words of a forceful leader, but just like other women of the age, she is pushed around and manipulated by the men around her. The end result is not a film of powerful female monarchs, nor a film about the relationship between the two women. Rather, it’s a meditation on the helplessness of being female in 1561. Both women, per the film, lead deeply unhappy lives, full of wasted potential. Yet, anyone who knows anything about Elizabeth knows that her potential was not wasted, so it’s a rather strange take one of history’s most eminent rulers. The male characters all suffer as a result, as well. They all seem scheming and manipulative, which in turn means that you can’t bring yourself to care about any of them.

In the lead roles, Ronan and Robbie are wonderful. The material doesn’t quite do justice to the power of their performances. They imbue complexity and vulnerability, as well as strength, into characters that are not fully fleshed out (this is especially true in Robbie’s case). Ronan also brings warmth and sweetness to the role of Mary,  fine qualities the Queen was known for.

The film was released in late 2018, so it was inevitably compared to another release of that season centering on female English monarchs: The Favourite. Sadly, it suffers by that comparison, as well. The Favourite managed to give agency, wit, sharpness and energy to its characters in a way that Mary Queen of Scots could not.

Despite the above, Mary Queen of Scots is very well made, and the performances of its two leads outstanding, so it is worth checking out. It is a noble effort that falls short, but a noble effort, nonetheless. It premieres on HBO platforms on September 7th.