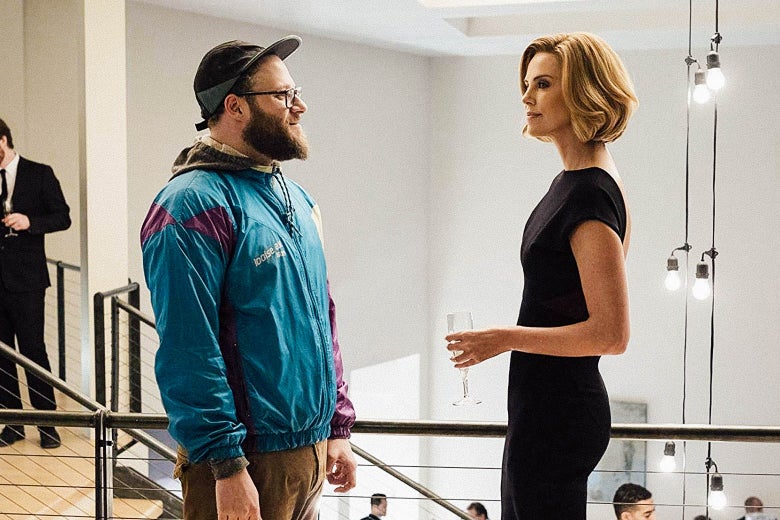 Earlier this year, Jonathan Levine and the writing duo, Dan Sterling & Liz Hannah, brought us the romantic comedy, Long Shot. Two easy to recognize people, Seth Rogen (Fred Flarsky) and Charlize Theron (U.S. Secretary of State Charlotte Field) were at the center of this unlikely pairing romantic comedy( rom-com). When I first saw the trailer, I knew it was something I’d enjoy. A journalist and Presidential hopeful, go on the journey to become lovers. And oh, the places they’d go. 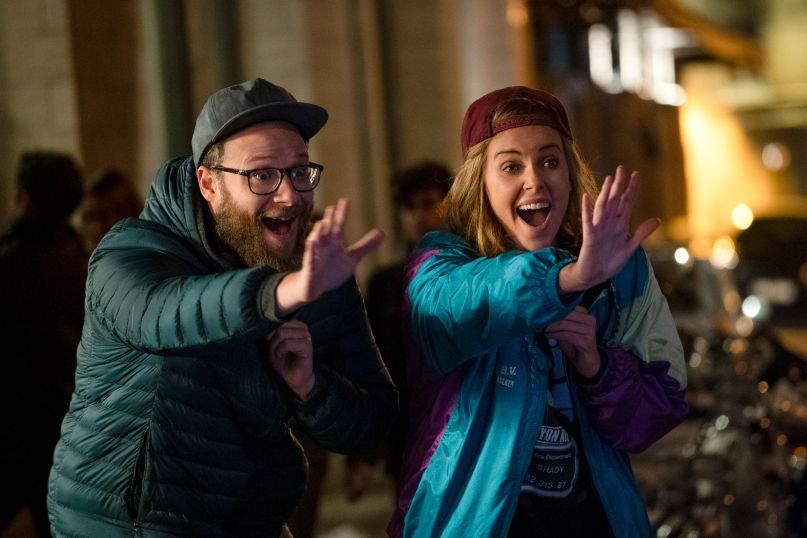 I’ll start by saying, I really liked this movie. I’m a sucker for rom-coms, and when a movie can bring me to literally laugh out loud, my phone is stowed away, and my eyes are glued. The setup is easy to digest. The hook lets us know exactly who Fred Flarsky is: a journalist who wants to stick it to the man by saying literally whatever he wants, in the name of spreading good ole’ fashion journalism. Seth nails this character! He develops a solid cadence and makes it easy to root for him. The part that probably matters most is that these two, Charlotte and Fred, have history. Charlotte was Fred’s baby sitter and, like most guys in the movie, Fred fell for the forbidden older hot teenager. And that’s where we pick up…

Charlotte and Fred cross at an event. Charlotte has decided that she is going to run for President. With high favorable qualities, 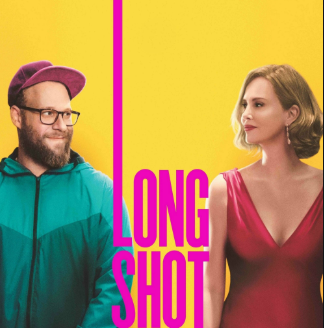 it seems as if she’s a shoo-in. But, like any rom-com, she needs a flaw. Her law is simple and fixable: humor; she lacks it. And that’s where Fred comes in. From there, we get over an hour of these two going from country to country, developing a budding romance, flirting between the will -they-or-won’t-they moments we’ve come to expect. Even as June Diane Raphael’s character, Maggie Millikin (Charlotte’s right-hand woman), attempts to sway the two separately, nothing can keep them apart. And if there was something I liked a lot, it was this. Despite the shadow in the background, looming, and being so forward as to compare the two to Princess Diana and Danny DevVito, these two didn’t fall for it. Usually, these moments are a bit frustrating. Two, dynamic and likable characters, would fall so easily to the pressures of their unlikely pairing. That wouldn’t be the thing that broke the two of them up!

In the end, their greatest obstacle, the media (and the man who runs it; interchangeably) does eventually get Charlotte to a place where she chooses her run for President over Fred. The obstacle is shared because the “media man” threatens everything Fred has worked hard for (his work as a journalist) . Through ups and downs, patriarchy BS, and a sex-tape leakage, the two do land together as you’d expect. This film has your usual rom-com tropes, and as you’d expect, they work. It’s an easy to enjoy kind of movie and perfect for a solo night or date night. If you’re like me and enjoy politics fused in anything, then this will be of interest to you.

Long Shot premieres on HBO on Saturday, 12/7 at 8:00pm EST. Check out the trailer below!