One of the best cinematic gems of 2019 came in the form of an unlikely comic-book film about one of DC’s most notorious villains, but it also holds a deeper meaning than what might seem. 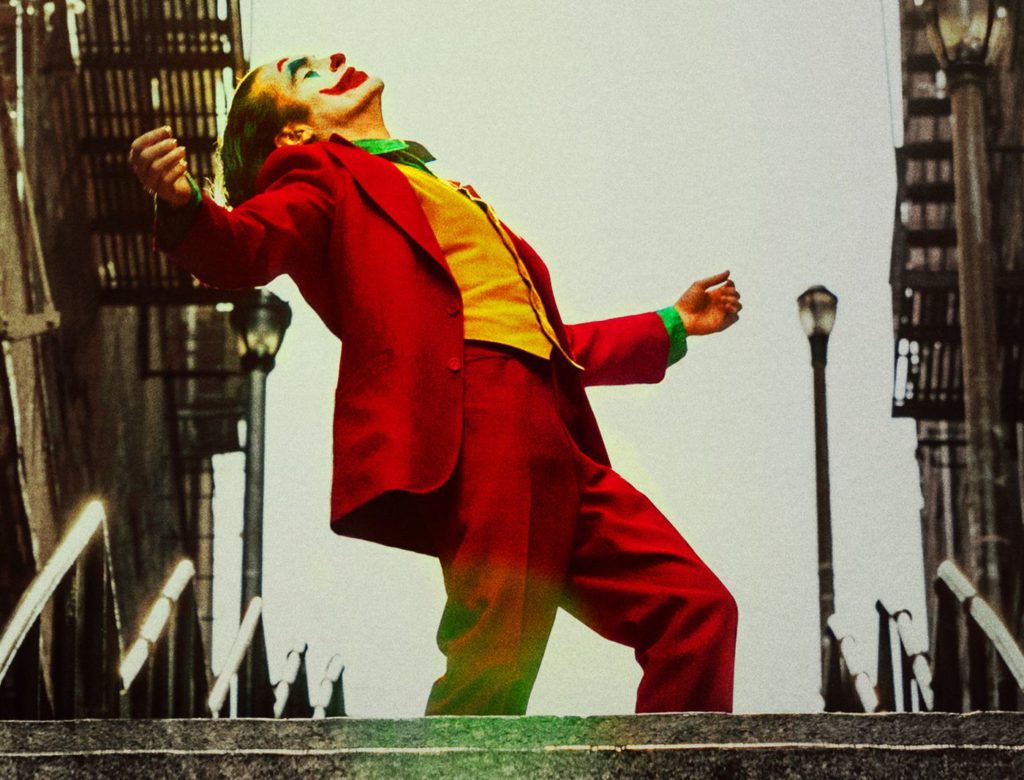 Superhero movies have become an easy outlet for moviegoers who… don’t really want to see a true cinematic film. We’re not saying they’re not movies, per se, it’s just that the real essence of why they exist and why the studios make them is not making real beautiful cinema – it’s mostly about profits, escapism, and fueling an ever-burning circle-jerk bonfire of Marvel or DC-TV fans that just can’t wait to see what crossover can they come up with next.

Then, came Joker. From the beginning, nobody really understood what was the premise of this project. Todd Philips, a guy who’s well-known from his great comedies like rTThe Hangover comes and says “I’m making a standalone Joker movie that will be different from any comic movie you’ve ever seen”. Exact quote (no, it isn’t). So some people thought it will be funny, a comedy, like all of his previous movies. Some people thought it’ll be something else. After subscribing to online of Twitter users- which might be perhaps the most naive thing a major studio can do, Warner Bros removed Zack Snyder from all things related to DC Comic, resulting in one catastrophic release after the other. The DC franchise was basically in shambles— so thank god for Todd Phillips for shining a little beacon inside all this darkness and releasing the first masterpiece DC movie since Christopher Nolan concluded his Dark Knight Trilogy in 2012. 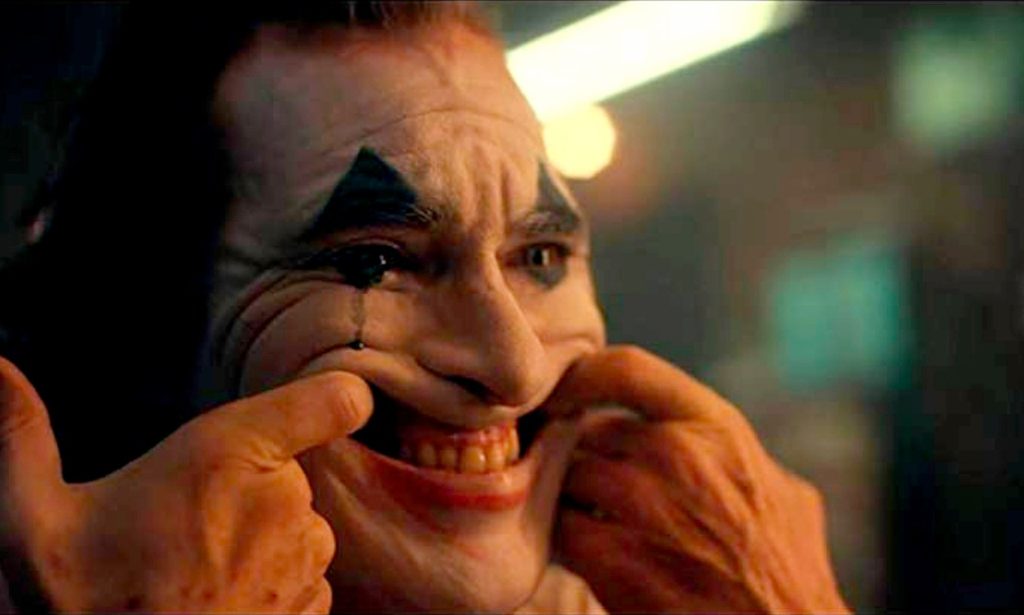 Joker was released and people were just sucker-punched. From clips and posters and marketing it was clear that this movie was like no other comic movie. Here’s what happened: people went to see it, some of them knew what they were in for but some actually thought they would be going to see another Deadpool. I mean, a “Yea it’s an origin story, but it’ll be this funny tale about the Joker and how he finds his place going up against Aquaman in the next Justice League movie!” approach. Boy, they were wrong. For most people, like literally 90% of the audience, it was refreshing and amazing. It’s actually a GOOD, deep, psychological movie that is based on a comic, that doesn’t laugh at its audience’s intelligence! Some petty viewers, though, actually got disappointed, they wanted the escapism of a low-IQ “Antman v. The Wasp: Dawn of the Apocalypse” with a cameo from Baby-fu**ing-Yoda.

2019 was surely a strong year for true-cinema lovers, with movies like The Irishman, Once Upon a Time in Hollywood and Joker being far better movies that the product from the previous 4 years combined. Let us say, first and foremost- Joker is not a comic book movie. While we do love some comic book movies, when they are done right (Nolan & Snyder for example), this movie resembles the two films we mentioned before much more. Perhaps it takes place in the fictional city of Gotham and draws inspiration from DC Comic characters- but this movie is a one with a message and a beautiful story that every person who appreciates cinema can enjoy. 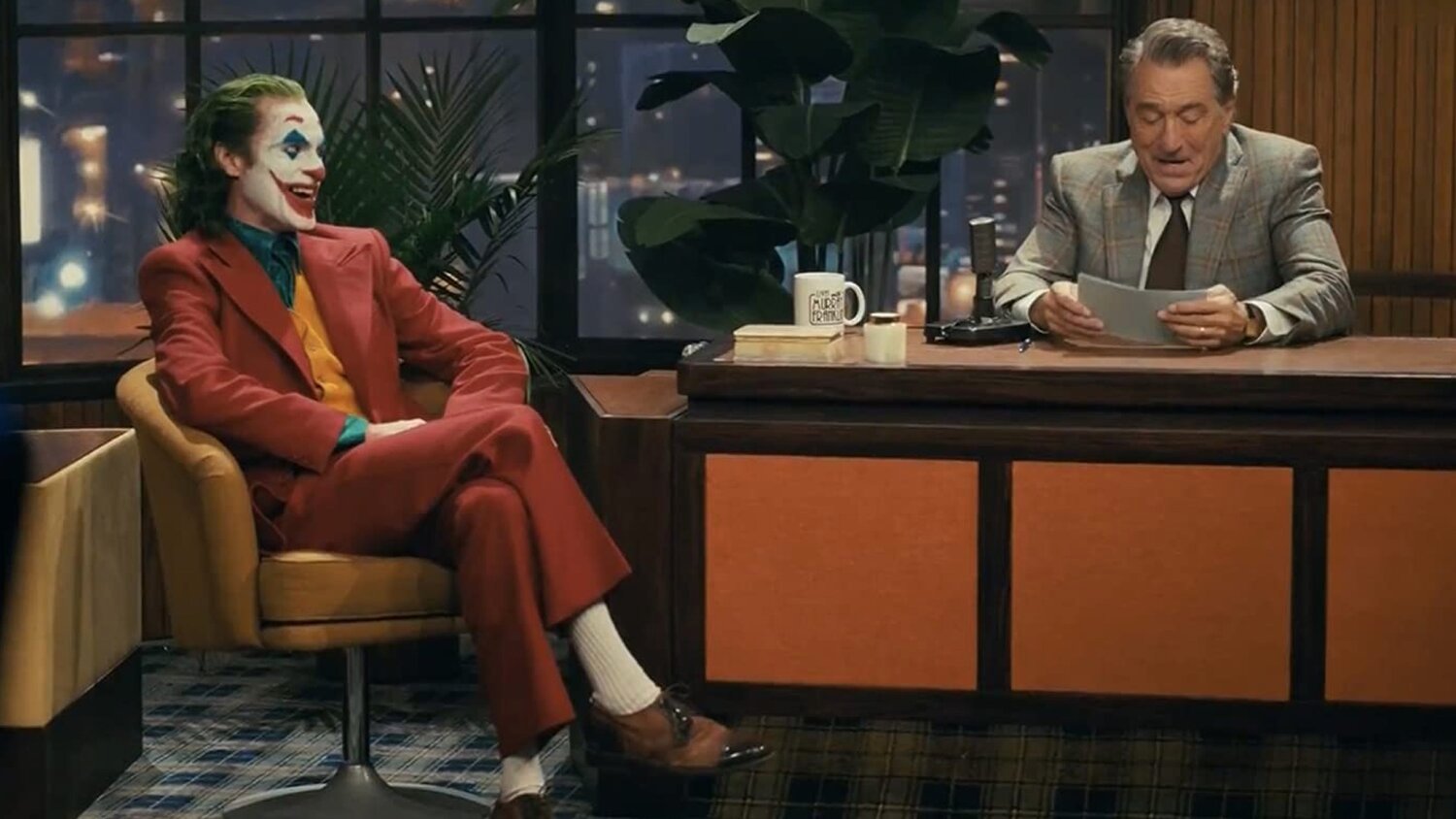 There is no point in comparing Joaquin Phoenix’ Joker to the late Heath Ledger’s, since they are fundamentally different at their core- Nolan’s Joker is an anarchist mastermind, yet Phoenix’s Joker is a troubled man pushed to the edges of society and suffering from acute mental illness. however, Joaquin manages present yet another unforgettable performance out of this character, and made a once in a career role out of it. Robert De-Niro brings an incredible performance as well, with his little dance being a career-defining moment for the legendary actor. Remus from HBO’s Boardwalk Empire also pops up for a few scenes, much to our amusement.

The thing that astounded us the most about Joker was how they portrayed his struggles so seriously. They took Arthur’s struggles, depression and harsh life very seriously in a way that makes the audience really relate and feel sorry for him. He doesn’t start killing until relatively late in the film, to first present to us what really pushes him to that. Everyone has struggles in the end, and a lot of people feel a variety of bad feelings from shitty situations in life, and some people don’t feel like they fit in and we need to pay attention to our surroundings more. You can also interpret the Joker’s smile that hides a much sadder inner-feeling. 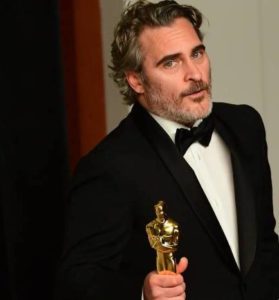 The movie even managed to do wonders in the awards- resulting in a movie that actually winning a well-deserved Oscar win, something that’s extremely rare indeed and almost never happens. Joaquin Phoenix won the Oscar got his incredible performance in the movie while the composer, acclaimed cellist Hildur Guðnadóttir (Chernobyl, Sicario) won her first Oscar for the brilliant Cell-heavy score that soaks through your bones and puts you in awe throughout the entire film.

The ending of the movie had the entire internet going wild, until this very day. Is the Joker fugazi? Is his entire story in the movie a mere fable; fairy-dust? One theory seems to suggest so. Personally, I rather reject that theory since it practically ruins the entire movie for all I care. Some fictional theories about the clock showing the same hour every time- nonsense. I think it’s best not to look for things that aren’t there and destroy films. Freeze-framing on movies or TV shows is not a wise thing to do, in my opinion. It might ruin a lot of the fun. We’re sure that the clock thing was put into that movie on purpose, so people will get more ideas, but saying it was all in his head, that it was all fugazi, makes the entire movie irrelevant.

Upon finishing the film, one might possess the impression that he just finished watching a true work of cinema. the underlying messages in the story, about people’s place in society, and those who don’t fit in particular echos loudly through the movie, and sticks with the viewers for days later. In my opinion, Joker is definitely a must-watch movie. Nolan’s legacy persists hard with this one and proves that man’s reach exceeds his grasp. Don’t miss this once in a long time gem among the mediocrity that swarmed our theatre screens in recent years.