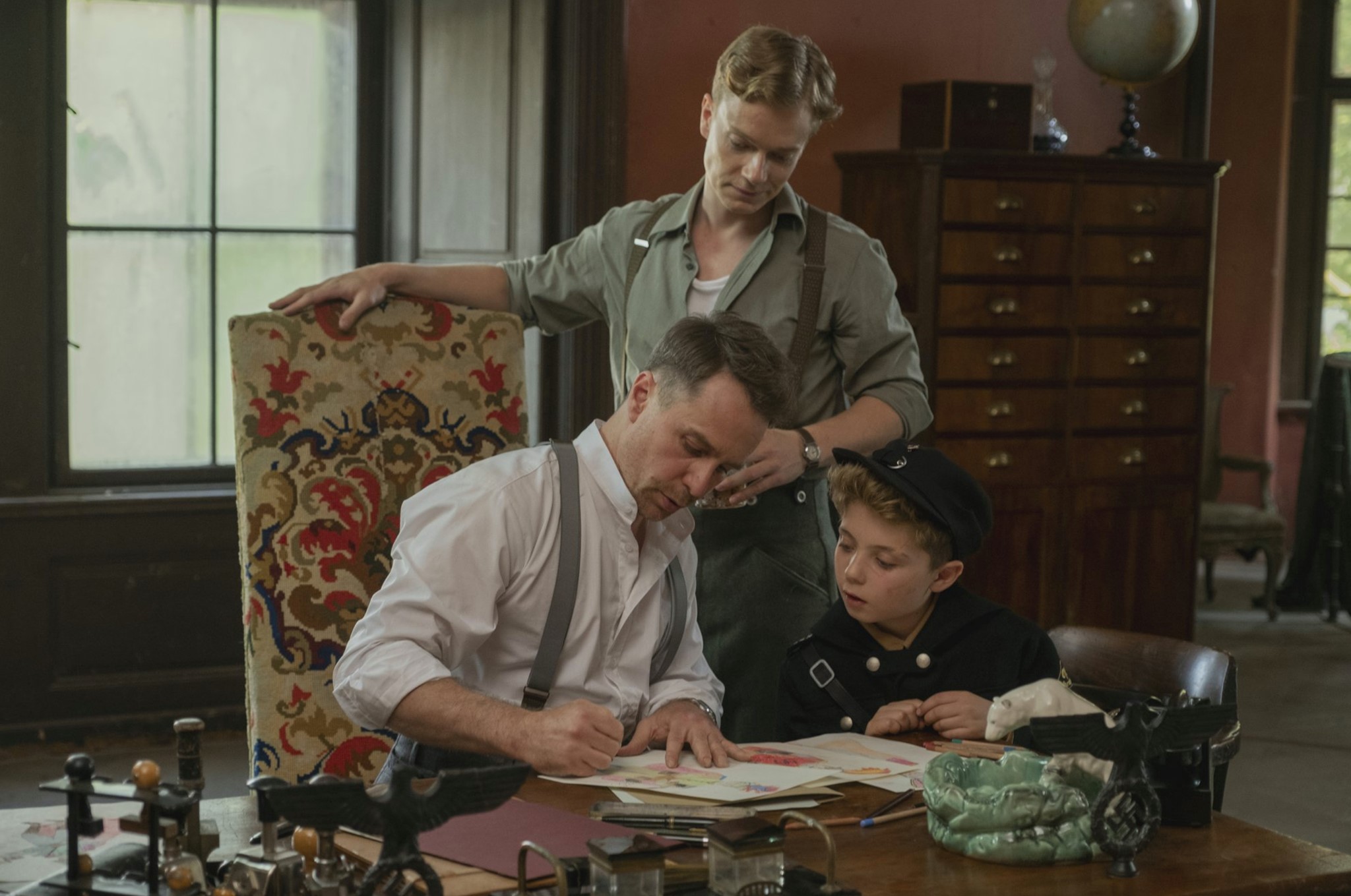 Arriving to HBO on August 1st, Jojo Rabbit is as earnest as it is uneven. The film follows the misadventures of a young German boy, Johannes “Jojo” Betzler (Roman Griffin Davis), and his imaginary friend–a disarmingly ebullient Adolf Hitler. Jojo Rabbit is a boldly executed film that falters when writer and director Taika Waititi’s ambitious attempts at tackling the insidious potential of hateful ideology clash with his penchant for puerile humor. But thanks to the strengths of its performances, its gorgeous cinematography, and its timely, well-intended message, Jojo Rabbit is a rewarding and thought-provoking watch.

In addition to his behind-the-scenes work on the film, Waititi (who is of Polynesian and Jewish heritage)  stars in Jojo Rabbit as Adolf Hitler. Waititi is well known for his inventive comedies including the impeccable vampire tale, What We Do in the Shadows and his refreshing contribution to the Marvel Cinematic Universe, Thor: Ragnarok. He billed Jojo Rabbit as an “anti-hate satire,” but Waititi’s satirization of hatred makes for a bumpy ride. Jojo Rabbit’s lack of finesse results in mixed messages that its creator most likely did not intend. 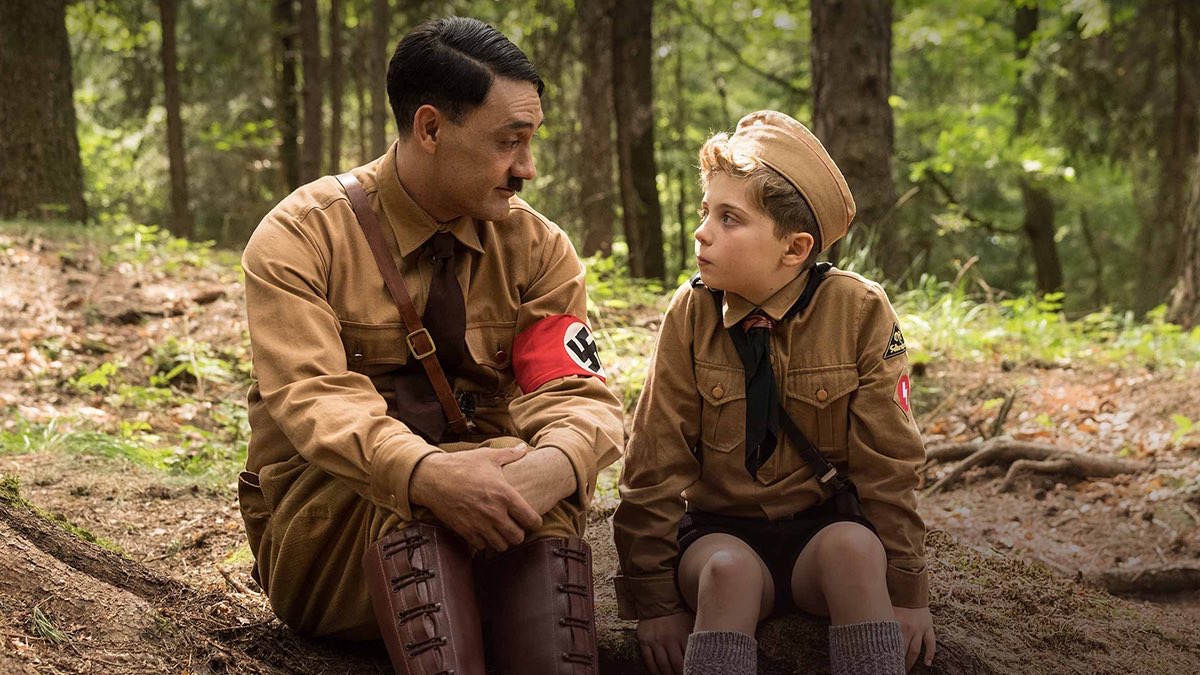 At the start of the film, Jojo’s naivete makes him an easy victim of Hitler’s propaganda. In his misplaced fervor, Jojo fails to recognize that many of the adults in his life such as his mother, Rosie (Scarlett Johansson), the impressively incompetent Captain Klenzendorf (Sam Rockwell) and his loyal assistant Freddy Finkel (Alfie Allen) are doing their best to subvert the destructive Nazi ideology that dominates their country. When Jojo discovers that his mother has been harboring a Jewish girl in the walls of their house he is forced to contend with the fact that he cannot reconcile his innocent good-heartedness and his blossoming love for Elsa (Thomasin McKenzie) with the demands of his increasingly desperate “friend.” Jojo Rabbit’s investigation of contradictions and crises of conscience is ambitious. But its insistent dedication to humor often undermines Waititi’s project.

Jojo Rabbit has good intentions but at times it is impossible not to feel uneasy watching the film as it muddles through a tangle of alarmingly realistic complications and complicities that are best left out of the simplistic bounds of comedy. The film forces us to contend with the irreconcilable horrors of animalized humans, child soldiers, normalized evil, and trivialized suffering. Jojo’s struggle (and failure) to balance his love for Elsa and his mother with his loyalty to Hitler is compelling (and his ten-year-old solutions to the complex situations that he is faced with are often hilarious). But Waititi is so wed to his signature brand of humor that his criticism of hateful ideologies becomes diluted. The laughter that Waititi encourages us to share is cathartic but it often feels misplaced. Likewise, Waititi depicts various Nazis (including Hitler himself) as either inept or sympathetic. Waititi’s passionate efforts, which he embodies in his portrayal of Hitler, to trivialize but also criticize those who subscribe to racism and nationalism threaten to neutralize each other. 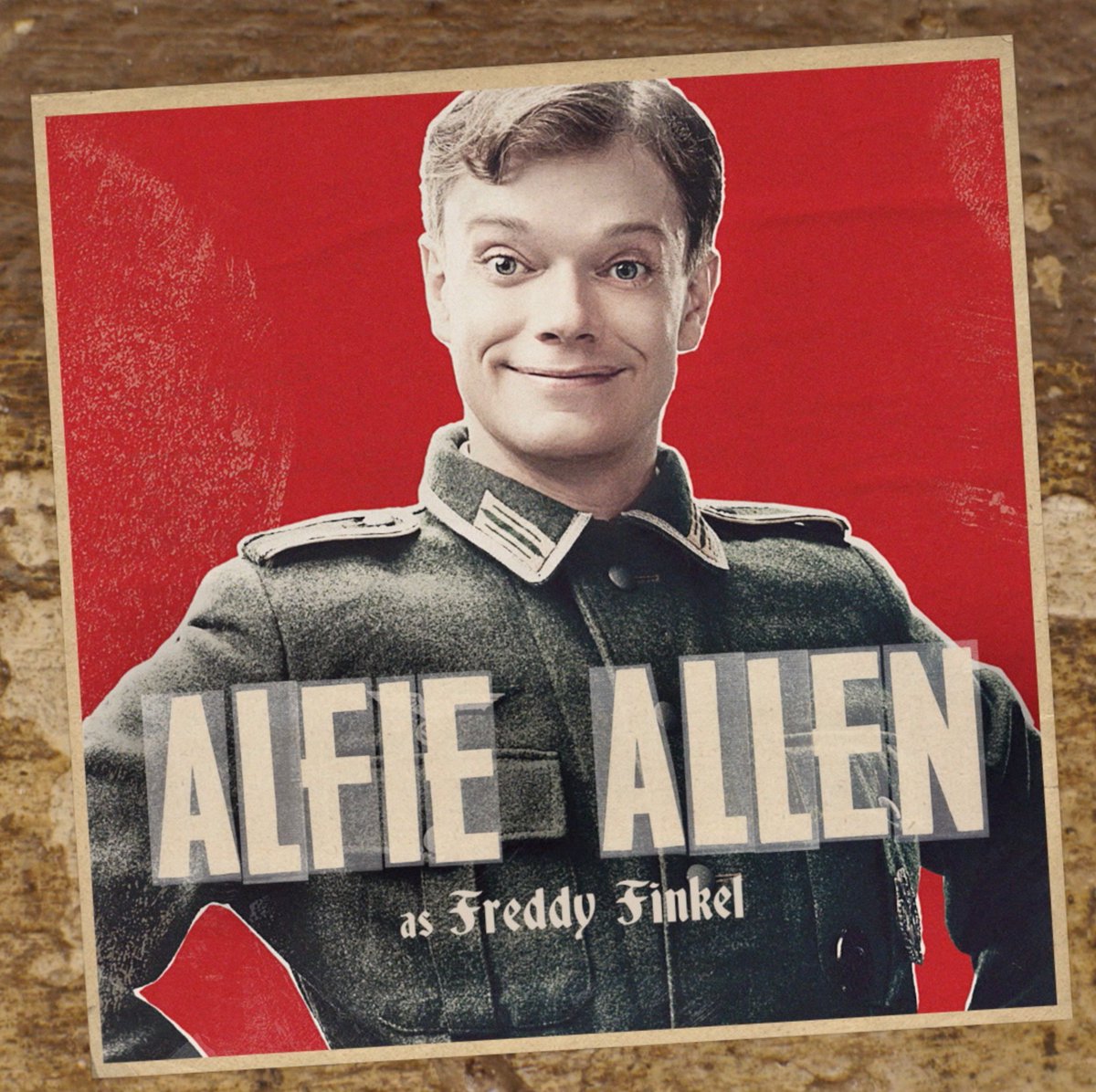 Despite its shaky foundations, Jojo Rabbit has a good heart, some solid laughs, and a strong cast. Its child actors, especially Archie Yates who portrays Jojo’s friend Yorki, are impressively capable. Scarlett Johansson and Sam Rockwell’s performances are vibrant. Waititi embraces his controversial role with an unbridled dedication. Here at HBO Watch, it is especially pertinent to note that Alfie Allen brings the same talent that he brought to the role of Game of Thrones’ Theon Greyjoy to Jojo Rabbit. His performance as Freddy Finkel, while subtle and distinctly different from anything you’ve seen him do in GOT, is not to be missed.

Thanks to COVID-19, Jojo Rabbit is probably the only film that I’ll see in theaters this year. I first watched it when it premiered in November of 2019. When it returned to theaters in January after six Academy Award nominations and one win for Best Adapted Screenplay, I watched it again. Three months later, the cinemas in my town shut down due to concerns about the pandemic. They’re open again, at least for now, but I can’t imagine braving the virus just to see something on the big screen. Jojo Rabbit isn’t perfect, but it speaks to the anxieties of our time. How does one navigate the normalization of destruction and hatred by incompetent, self-serving leaders? How does one find joy in times of fear? Jojo Rabbit offers camaraderie if not sophisticated answers.

Before you go, check out the trailer for Jojo Rabbit. You can watch the film on HBO August 1 at 8:00 PM.