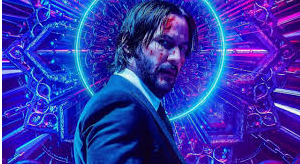 My appreciation for movies goes far beyond casual viewing. I analyze and critique these collaborative bodies of work, with the intent of adding to the study of the grandest storytelling medium. The nucleus of any movie is its story.  This is why I abhor many tentpole movies, due to their heavy dependence on a large budget that does not have complimenting writing. The John Wick series has a strong central plot, but virtually no story. The first film saw the titular character go in full berserker mode to end the existence of those who killed the dog that his deceased wife left to keep the former hitman from being alone. The second film shows the ramifications of Wick’s actions, with teams of hitmen around the globe attempting to take out their fellow hitman. John Wick:  Chapter 3-Parabellum features Wick on the run (again) and not allowed to use hotels and hospitals that are specifically established for professional killers. The plot is indicative of a first-person-shooter video game series,; while the franchise continues the action and increases the aesthetics,  the story does not get any deeper.

This sounds as though I did not like the third installment of the Wick series. But that couldn’t be any further from the truth. The action and atmosphere are so well-executed, that this is one of the rare times that the story takes a backseat to the popcorn elements. I find that the average action series relies on heavy CGI, quick pans, quick cuts, and deliberate poor lighting to hide flaws in an abysmal story. Yes, I am talking about popular franchises such as The Fast and Furious and any Michael Bay film. But Wick’s director, former stuntman Chad Stahelski, gives the audience outlandish yet tangible action sequences here.  The carnage is well captured due to the courtesy of nearly perfect choreography,

cinematography, and in-camera special effects. Not once did I have to ask myself:  “What did I just see?” Those that get in John’s way are dispatched with everything at his disposal. One towering figure gets committed to memory after being killed by our title character in the library. What was Wick’s weapon you might ask? Was it a knife?  No, but he knifed several people in this movie. Was it his semi-automatic or automatic rifle? No, but dozens meet their end by being spread by armor-piercing lead.  Of all things, this one was killed by a leather-bound book at an NYC library. You won’t forget it.

Other than John Wick being on the run, what the hell is this film about. Nothing else. Wick is simply suffering the burdens of being a killer that wants out but will never be able to escape his past. We simply sympathize with him, because he lost his wife and the final gift that she gave him. I am ending this text abruptly to simply tell readers who are not familiar with John Wick to sit down on this Saturday night, and watch the HBO premiere of John Wick:  Chapter 3-Parabellum, for its sheer execution.  I cannot describe character development (Halle Berry teams up with Keanu Reeve’s John Wick to kill even more people) and story because there is none. John Wick:  Chapter 3-Parabellum is a masterclass of how Action is meant to be done.

Again, that is John Wick: Chapter 3-Parabellum on Saturday night January 11@ 8:00pm on HBO and across its sites.