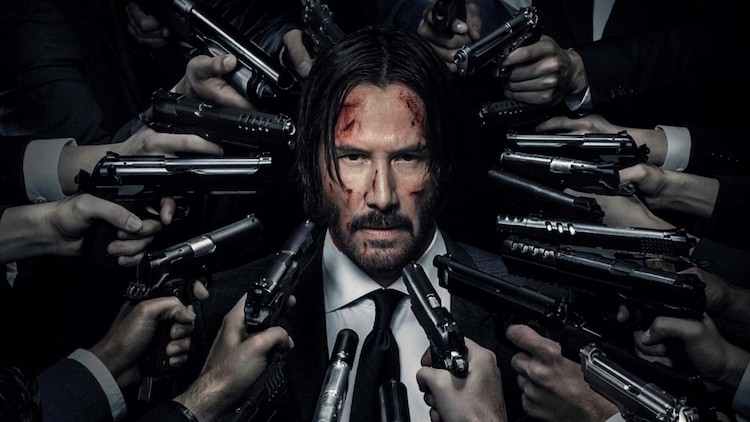 And so we return to the day to day life of John Wick, a semi-retired contract killer and guardian angel of good dogs everywhere. When we last left off, he was bloody, bruised, but no longer broken after gunning through the entirety of the Russian mob, after the son of their boss had killed his dog. And now we see him trying to retreat back into the life he briefly had prior to that with a new dog and hopefully, time to finish healing. Of course, we know that’s not how it’s going to work out.

The first John Wick was a special kind of action movie. It had action and style to spare, but what really set it apart and made it memorable was its world building. John and his old acquaintances weren’t just hired guns for powerful people, they had set up their own underground society, set in luxury and molded as a cultured and civilized. At least, as civilized as you can get with people who are trained killers.

The best part was that the movie left it up to the viewer’s imagination just how expansive this secret world could be. After all, here was an established hotel operating day to day as a seemingly legitimate business, yet it never seemed like anyone who would stay there was unaware that the vast majority of guests were assassins. Beyond that, it was unclear just how many people were aware of its existence. Like all 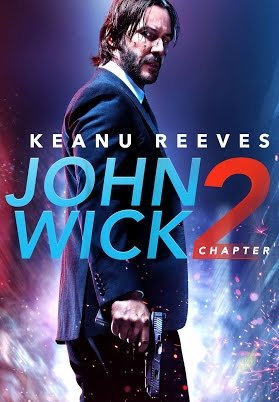 the best stories it makes you wonder, just how deep does the rabbit hole go?

If you haven’t seen the first, a quick recap. Alfie Allen (in a role only two steps removed from Theon Greyjoy’s level of inept arrogance) breaks into the home of John Wick (Keanu Reeves) to steal his car, and winds up murdering his new puppy in the process. A puppy given to him by his recently deceased wife as a means of processing, and eventually, moving on from her death. Unsurprisingly, he doesn’t take this well, so much so that he literally digs up the past he buried years prior to come gunning for revenge. Because John isn’t just any professional killer. He is the “boogeyman” of professional killers. Someone so feared and respected for the bodies he’s left behind, that no one would knowingly cross him.

In Chapter 2, Wick is finally re-retired. But a powerful figure from his past has returned to call in a blood debt. Wick, being a man of (albeit reluctant) honor within his grim, former profession, agrees to do one more job. A job whose results will, unbeknownst to him, shift the power dynamics of his underground society in ways that will reach everyone he knows, friend and target alike.

Like a good sequel, it doesn’t try to over expand its own mythos, instead expanding it in ways that seem logical without making you wonder why this information wouldn’t have come up in the first one. This is a world that knows how to draw a viewer in, rarely sitting down to explain the mechanics and instead of letting the world explain itself in action. Here we learn that the continental isn’t an isolated sanctuary for contract killers but in fact an international chain of hotels. Some of the mystery behind John Wick’s ascension and eventual escape from his previous life is revealed, but we aren’t given anything better filled in by imagination. And we finally get to learn just how John Wick managed to kill someone with only a pencil. The action is sleek, stylized, and suitably brutal (though depending on your tolerance for flashing lights may need to be taken in bits). Though the movie has a penchant for the theatrical and something of a fairy-tale aesthetic, once the shooting starts and the lights go off, it switches gears into a serious firefight. They’ve taken great pains through these movies to present the fights as realistically as movies like this can get, keeping track of bullets left in magazines and hand to hand techniques when those run out.

If there’s a fair criticism of the movie it’s that there are sparse roles for women in it beyond motivation for John to go on a killing spree. It’s incredibly disappointing that in a movie that sets itself so apart with style and finesse that it hardly finds any other perspective to see it through. Having said that, it does raise other questions about just what kind of world this is and how it’s perceived by the characters and audience alike. 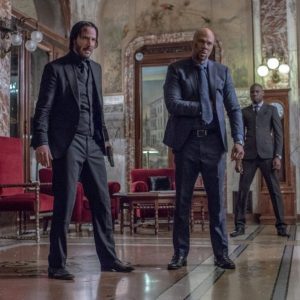 For example, it could make one stop and think that maybe the design of the world is so steeped in death it refuses to acknowledge that it mirrors the way that we ourselves refuse to acknowledge the grim realities of both our own and each other’s mortality. Those who present themselves as a wealthy elite are able to get away with such absurd atrocities simply because people refuse to look when the happen, feign ignorance when in reality we’d all have the power to stop it from happening if we simply chose to stand up and believe that everyone else would stand up with us. But the unfortunate reality for ourselves, like John himself, is that standing up isolates us from everyone else. Or maybe it’s just really cool to watch him order a five-course meal as an innuendo for weapons.

If you’re an action junkie this movie is definitely worth a watch or three or five. The aesthetic, the choreography, and the atmosphere are immersing in a way you don’t often get to see and should be encouraged. And I may have only brushed over it previously but it does bear repeating that the movie could use some better representation for women in Chapter 3. Still, Reeves is in strong form and I’m excited to see where he goes from here in the franchise.