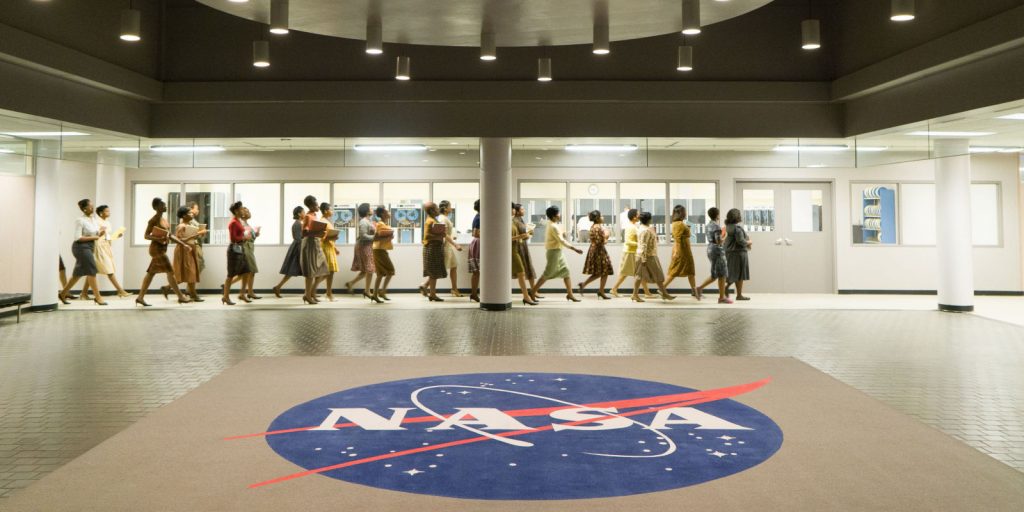 So, it turns out that some of the most profound work done at NASA was performed behind the scenes, and not only was it done by women, it was done by African American women. In the 1960s, the United States was hard at work, trying to come up with the latest technology that would advance their astronauts into space, but would have them navigate around the Earth. Now, getting satellites into space is especially important because the Soviet Union has had a successful launch. This means round the clock research, team work and execution and results.

But for our three heroines, Katherine Johnson (who is a mathematician), Mary Jackson (future engineer) and Dorothy Vaughan (computational supervisor) – this means being segregated, humiliated amongst coworkers, belittled and demeaned. It was challenging enough for women in the 1960s to be taken seriously; to attempt to balance a career and motherhood (for those that dared to do it) or pursue a career and higher education and – Gasp!! – not get married. So, you can imagine the chagrin and utter frustration I felt watching these women getting passed over for promotions, being treated like they were inferior and 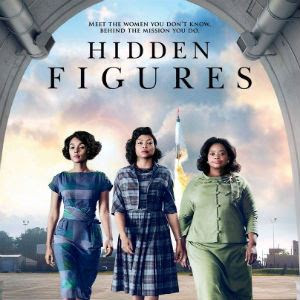 being blatantly disrespected by almost everyone around them (especially many of their white coworkers). It made me both angry and sad to know that this kind of treatment took place – and it wasn’t that long ago.

While Katherine (Taraji P. Henson) works alongside some very condescending personnel, but her keen intelligence at being able to create and solve trajectory formulas is amazing. I struggled with math in high school, so to watch this woman look at the formulas and equations on the board and make total sense of it was profound. I wish I had that kind of mathematical talent. Her boss, Al Harrison (Kevin Costner), is a crusty, no-nonsense kind of man who wants results. He wants results five minutes ago, yesterday and he wants them now. Imagine having to work under those circumstances where everyone in the office treats you poorly and you have the pressure to perform under a very tight time line.

Mary Jackson (Janelle Monáe) is petite, hardworking and smart as a whip. She wants to be an engineer so badly but in a male dominated field, such as NASA, and as a woman of African American heritage, she understands that the possibility of being successful for this venture is slim to none. She is frustrated beyond belief at the constant barriers being put up in the workplace. She laments to Katherine. She laments to her supervisor, Karl Zielinski (Olek Krupa), who encourages Mary to pursue the university courses at night time, in order to achieve her dreams. It is amazing what a person can do, overcome and achieve when you have the support and backing of even just one person. She enrolls, passes her courses and proves her worth.

Then there is Dorothy (Octavia Spencer). She supervises a large number of women who work at a computer doing all the massive computational work it takes to understand outer space travel. These women work day in, day out and do a lot of stuff behind the scenes. And are totally taken for granted, not paid nearly what they should be and not appreciated. Dorothy also understands that people can be replaced and even though she tries her best to maintain a diplomatic stance with her white superiors, she is still frustrated at the treatment she receives at work. When she sees that NASA is ordering huge machines from IBM, she understands that she has to adapt and learn, understand and be able to implement the new technology or else she will be out of a job. Dorothy very wisely goes to the library and gets the books, does the research and is able to run the IBM machines with efficiency and patience.

The real test is when NASA sends a few men into space, most notable being Astronaut John Glenn. Katherine is on the team and the person who actually performs the trajectories for the mission, much to the disdain of her colleague, Paul Stafford (Jim Parsons. As with any space mission, there are risks involved and once the men are in space, an error could mean life or death. John personally requests Katherine be there to help talk everyone through and to help the mission be one of success and not one of tragedy. 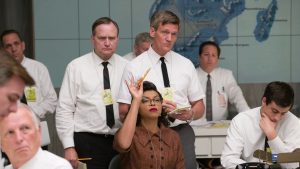 There are a couple of subplots involving the family lives of our three phenomenal women – how their families supported them, how Katherine gets remarried (to TRUE DETECTIVE 3 star Mahershala Ali), how Mary becomes an engineer and how Dorothy gets promoted. This movie is a feel good movie – in the sense that times were changing, and attitudes were changing, too. That’s not to say that these women had it easy. Nope – they faced so many odds – but they came out on top. It was decades later that they received proper recognition for the hard work they did.

The great thing is that this movie comes out on top too. See it again on HBO if you haven’t or catch it for the first time. It heralds some pretty fine unsung heroes of the early Space Race. And it is high time they did thanks to director Theodore Melfi who saw this movie become an Oscar contender. Enjoy Hidden Figures. It debuts on HBO Saturday, September 9 at 8:00pm ET.