In the heartwarming drama Gifted, we watch Chris Evans go head to head with Lindsay Duncan in order to preserve his rights to raise his niece, played by McKenna Grace. Prepare for some laughs and some tears if you sit down to watch this one. But let’s check out the trailer first, then we’ll discuss the feels.

Ok so from the get, you know this is going to be gut-wrenching but also heart stompingly adorable. But also because movies like this are semi-predictable, I’m guessing any person with a halfway decent brain could guess the ending, buttttt that doesn’t necessarily detract from the overall film. So first, let’s talk plot. 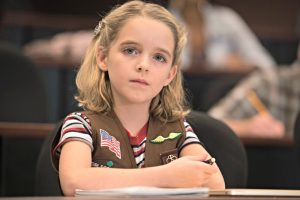 The video plays it all out pretty well.  Chris Evans who plays Frank Adler is raising his niece Mary, played by McKenna Grace (who is just the absolute cutest for real). His niece is in his custody after her mother killed herself when Mary was very young. After her death, Frank grabbed Mary and ditched the East Coast for a Florida life. What Frank keeps insisting is that his sister would have wanted Mary to have a normal life; that she would want her daughter to have fun and be a kid and make friends. Normal for any parent to want that for their normal child. But Mary isn’t normal. Like her mother, Mary is a math prodigy and at the tender age of 6, she’s capable of doing advanced calculus and physics.

Enter the estranged mother/grandmother Evelyn, played by Lindsay Duncan, who was cast perfectly here, but more on that later. She wants Mary to be like her daughter and excel in the world of mathematics and become famous for solving seemingly unsolvable equations, like Mary’s mother was working on until the moment of her suicide. Evelyn finds it weak that her daughter chose suicide instead of fighting to solve her equation and becoming famous. She wants this for Mary and takes Frank to court over custody.

Now as a story, it isn’t super complicated or in-depth. This is a story that is all about that emotional manipulation in movies where the whole point of the movie is the emotional rollercoaster you subject the audience to watch. You’re going to have feelings because that’s the point of movies like this one. However, a couple things set this apart from the typical Lifetime story.

The cast is small but unbelievably amazing. Knowing Chris Evans primarily for his take on Captain America/Steve Rogers, you have to wonder if such a hunky man is capable as an actor to do more emotional roles. And the answer to that is a resounding yes. Evans is not just a hunk of muscle. He actually has the capability to have those deeply profound emotional moments. So that 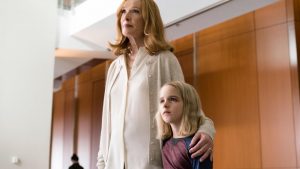 was a pleasant surprise because outside of Marvel films, I haven’t experienced Evans in much else. Lindsay Duncan as the estranged relative is the perfect casting. I don’t know if it is because she’s British or just her demeanor; I bet she’s probably the sweetest person you’ll ever meet in real life but she can play the detached cold bitch like no one’s business.  It is one of my favorite parts of her as an actor; particularly because her character on Rome was more gentle and warm.

The background cast of Jenny Slate as Mary’s teacher/Frank’s hook up and Octavia Spencer as Mary and Frank’s landlady and a close friend were good. Well, Octavia was great, but I wasn’t sold on Slate. Okay, that’s confusing. Slate’s performance was good, but her characters not so much. She seemed stiff and frankly kind of an asshole to Mary at first. Maybe this was the writing, but Mary’s teacher is straight up rude to her at first; acting holier than thou when Mary is trying to answer a difficult math question in her head. She gets all uppity when Mary upsets class, but to Mary this is boring. Kids can be difficult when they don’t feel challenged. So her attitude towards the beginning was frustrating especially the fact that as soon as she sees how hot Frank is, she starts being nicer. It just screamed of disingenuousness.  Though I will say Slate and Evans have chemistry, which makes sense since they started hooking up during or after filming.

The star of this film is undoubtedly Mckenna Grace as Mary. Her soft child’s face is utterly endearing and her sarcastic tone was perfect. This is a child who loves to learn but also knows when she 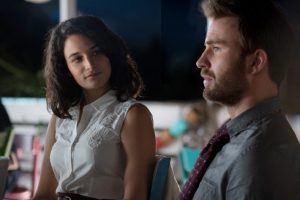 isn’t learning anything. She is what I want my future daughter to be like. I want her sarcastic, funny and bright. I can see her having an amazing career ahead of her if that is what she chooses.

The soundtrack fits well with the beautiful Florida background.  It has some sweet and soft music that highlights the connection and bond between Mary and Frank. But also shows that even if Evelyn finds it inappropriate, Mary is well taken care of. Frank is raising a smart, kind little girl. And more than anything, isn’t that what is important? To raise a child who stands up for others and is kind? I would care far more about that than making sure her mathematical genius is tended to carefully. If you’re looking for a good family film to tug your heartstrings, look no further.  This will fill your needs.

It debuted Saturday, February 3 at 8:00 and can be seen on HBO and its streaming sites.