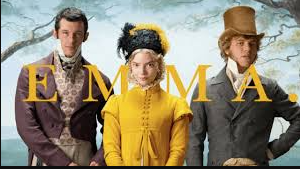 Jane Austen’s Emma is a beloved classic by a beloved author. As such, it has been adapted for television and film numerous times, most originally in the 1995 film Clueless, which set the story in a modern-day Beverly Hills high school. This year saw the release of a film adaptation by photographer Autumn de Wilde, making her debut as a feature film director. Given that Clueless (directed by Amy Heckerling) is considered a loose adaptation, this marks the first time that a strict film release of Emma has been directed by a woman.

Emma. is the story of the titular young character, a woman living in an idyllic country estate in Regency England. Though she is of marrying age, the bright and independent Emma realizes that she has nothing to gain by marriage, and has opted to play matchmaker to her friends, instead. As a member of the most respected family in the county, she doesn’t lack money or consequence and therefore decides to use influence to improve the lives of her friends and acquaintances, focusing in particular on her new friend, the impoverished Harriet. Despite her intelligence and wit, Emma lacks the maturity and emotional capacity to truly understand the ways of the heart, as well as the fact that the needs and views of others may be different than her own, causing much trouble for those around her, and especially for poor Harriet.

Given director Autumn de Wilde’s artistic background, it comes as no surprise that this Emma is an absolute visual delight. Every prop, every fabric, every costume, seems meticulously chosen, rich in detail and in color. The mise en scène is carefully arranged, and wonderful to behold. The film can also boast an aural feast in its score by Isobel Waller-Bridge, who was asked by de Wilde to make the score stand out, to be exaggerated, the film’s own reaction to the characters’ actions. It is pronounced and beautiful, a series of hymns and classical music selections that interact with the plot as if dancing with it. Of the versions of Emma that I’ve seen, this is the most resplendent.

In the title role, Anya Taylor-Joy is charming and bright. Emma is a tricky role to play; the heroine’s actions almost ruin lives. She is stuck up, and entirely too involved in other people’s business. If the person playing her lacks charm, the character becomes unlikable very quickly. Having seen Taylor-Joy in such intense films as Split and The Witch, I was surprised to see her in such a lighthearted story, but I wasn’t disappointed. I greatly enjoyed her take on the character, which had a little more bite than my favorite Emma, 1996’s adaptation starring Gwyneth Paltrow. Taylor-Joy feels more childlike than Paltrow in the part, and perhaps this makes Emma’s foibles seem more forgivable, though I would argue that Paltrow was funnier and more charming. Nevertheless, Anya Taylor-Joy owns this film and this part, and I can’t wait to see more of her work. 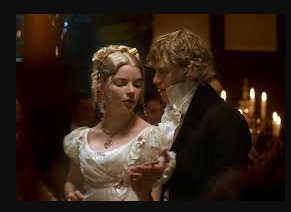 The supporting cast plays their parts broadly, as the tone is more comedic than previous adaptations, yet I found this movie to be less funny. Bill Nighy is fun as Emma’s father, but he doesn’t have a lot to do (he makes a bigger impression than previous actors in that part). Josh O’Connor appropriately unctuous as Reverend Elton, but his storyline seems rushed (the resonance of Harriet’s journey depends on how well her “romance” with Elton is played). Mia Goth does a great job as Harriet, and to its credit, the film takes the character seriously, even if Emma herself doesn’t. My biggest problem with the casting was Johnny Flynn as Mr. Knightley. Next to Darcy, Knightley is Austen’s most beloved male character, the paragon of male goodness. He is a man that is mature, kind-hearted, and considerate of everyone around him. This adaptation chose to make him more fallible and human (to mark this departure, he is introduced naked, putting on his clothes). Throughout the film, we see him struggle with jealousy, and his attraction towards Emma is more overt than I’ve ever seen. Flynn does no wrong here, yet I find that I like the idealized Knightley more. The problem is even worse with Knightley’s rival Frank Churchill. As played by Callum Turner, he is completely unexceptional, and one wonders why the entire county speaks of him all the time. Frank should be able to charm everyone in sight; everyone in the village loves him, and Turner just isn’t right for that kind of part.

Judging by other reviews, the film was widely loved, and in some parts, it is considered the definitive adaptation of Jane Austen’s book. I found it to be gorgeous and effective, and though not my favorite iteration of the novel, it is certainly worth checking out. Emma. premieres on HBO and its platforms on October 24th.