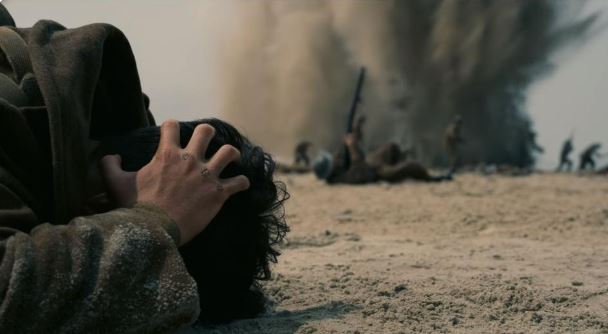 Tonight at 8 pm ET, Christopher Nolan’s Dunkirk makes its premium cable debut on Home Box Office. This is Nolan’s breeziest film; clocking in at 106 minutes, which is significantly shorter than his usual 2.5 hours plus runtimes. Nonetheless, Dunkirk contains all of the signature Nolan film attributes:  the malleable nature of perception, nonlinear storytelling, and practical special effects. Go ahead and have those DVRs preset to record, for this will be space well occupied. 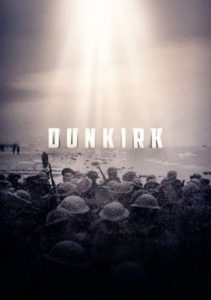 No matter the physical setting, there is minimal dialogue in Nolan’s tenth feature-length outing. Instead, the auteur decided to have the cinematography and music provide narration. Dunkirk is indeed a technical marvel. But this film is more than a showcase of superb aesthetics. The heart of this World War II action-drama is survival. Operation Dynamo, the operational name for the allied evacuation of Dunkirk, was a monumental triumph in military tactics. Yes, it was a retreat and evacuation, but not because of the lack of bravery and fortitude. Poor strategic planning and oversight allowed the British, French, Canadian, and other allies to be surrounded by the Nazi War Machine. The lives of 336,000 servicemen and women were saved, despite the opportune circumstances for imminent German annihilation.  This is all due to the prowess of effective military and civilian coordination and comradery, all brilliantly captured in Dunkirk.

Despite the near absence of speaking, Dunkirk features sharp performances from a relatively unknown young cast.  Even pop artist Harry Styles manages to shine amongst seasoned actors such as Kenneth Branagh, Mark Rylance, and Cillian Murphy. And keep an ever-watchful eye on the young French soldier, played by Welsh actor Aneurin Barnard. This character presents the “Fog of War” concept, a term that attempts to explain the uncertainty in situational awareness, courtesy of warfare.