From the critically acclaimed director of the award winning Les Miserables and The King’s Speech comes a reimagining of the classic 1981 Andrew Lloyd Weber musical, Cats. Tom Hooper has proven himself as a visionary director when he brought Les Mis to the big screen, the well known stage musical was adapted perfectly for film and made the French revolutionary tale accessible to a wider audience without compromising on the very essence of what makes it special – the fact it is a musical. However, unfortunately his second attempt at such an adaption has not been as successful.

The well-known story, adapted from a collection of TS Eliot poetry, follows a young cat, Victoria who is dumped on the streets of London. She encounters a group of alleycats who call themselves the ‘Jellicles’. Once a year they perform for the leader of the Jellicles, Old Deuteronomy, in the hopes of being allowed to ascend to the Heaviside Layer – a heavenly place of rebirth – to be granted a new and better life. While it is no secret that fans of the musical were disappointed by Hooper’s adaptation it would seem that most of whom watched it echoed these feelings. In fact, if you are unfamiliar with the musical, poetry or even the 1998 film, you will likely be left utterly bewildered at what you are watching. The incomprehensible story can be somewhat forgiven as a three hour stage musical is crammed into a mere 1 hour 50 minutes, but what can’t be forgiven is the baffling CGI. The film was famously re-released with ‘better’ CGI following some initial criticism but even then it is shockingly bad. So bad in fact is it difficult to understand where the film’s $100 million budget went to. However, despite the uncomfortable feeling you may get watching human-cat hybrids frolicking around together the film does have some virtuous moments which makes it a tolerable and even at times, enjoyable watch. 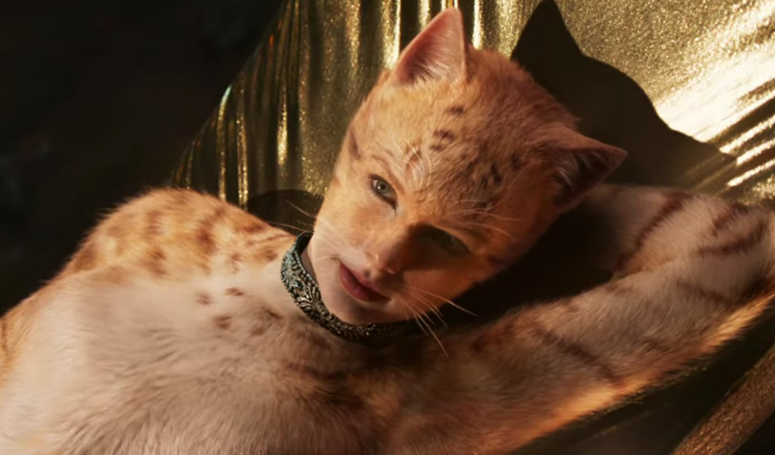 The strengths come in the form of the iconic musical numbers performed by some of the worlds biggest and most popular stars. Jason Derulo as Rum Tum Tugger is a delight and manages to lift the films first half with his song ‘Rum Tum Tugger’ a funky, jazz infused pop piece that combines his excellent vocal abilities with some impressive choreography. The same can be said for another highlight in the form of ‘Skimblehsanks: The Railway Cat’ whose tap dancing number to a literal toe tapping beat will be sure to raise a smile from even the most sceptical viewers. Of course, there is no forgetting Taylor Swift’s cameo as Bombalurina and her rousing rendition of ‘Macavity: The Magical Cat’ which infused jazz, opera and rock together in an exciting performance for one of the film’s most interesting characters, Macavity. Finally, no musical is complete without a goose-bump inducing showstopper which comes from the legendary Jennifer Hudson as Grizabella, an abandoned and lonely street cat, who performs ‘Memory’ with emotional perfection. These epic renditions make it easy to forget the other mediocre performances from the star power casting of James Corden, Rebel Wilson, Ian McKellen and Judy Dench, while fun additions to the cast are not particularly brilliant singers or dancers which sadly makes their musical numbers fall flat.  However, despite this there is no denying the incredible talent of the chorus and the sensational choreography who manage to lift even the most boring of performances (Mungojerrie and Rumpleteazer…). 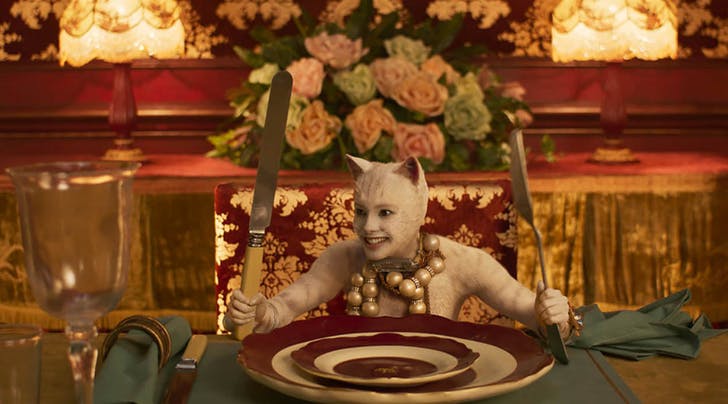 There is enough here to have an enjoyable experience watching Cats and those who are fans of musicals, dancing and spectacular sets will mostly enjoy this adaptation. Those of you who are devoted fans of Cats can just have some fun pointing out all the things they got wrong. With a strong drink in hand, this light entertainment is the perfect distraction from the disaster that is 2020.

Cats premieres on HBO on Saturday 10 October at 8pm.