This is the second of three posts that have been created by a guest writer for HBOWatch. If what’s offered is seen favorably then BRANDY RINGLEB will soon be a permanent writer for the site. Good luck, Brandy! 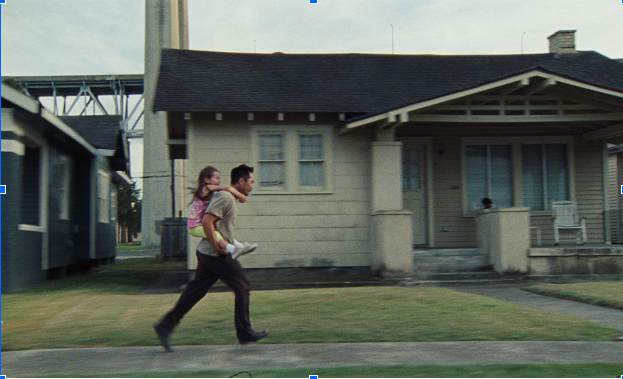 A 2021 film festival favorite has come to HBOMax. Blue Bayou is the third film directed by Justin Chon, and it definitely deserved all the attention it got at festivals last year.

Chon wrote the screenplay and he stars as Antonio Leblanc. Antonio is a Korean-born adoptee, and a New Orleans tattoo artist. He’s trying to overcome his past as a motorcycle thief because his wife is expecting their first child together. I loved how realistic his character was, and how well it was played. He isn’t the perfect victim of the system, but a flawed person who still deserves to be treated more fairly than he is.

Alicia Vikander (known for Ex-Machina) plays Kathy, Antonio’s wife. She has a daughter, Jessie (Sydney Kowalske) from a previous relationship, and Antonio takes his role as stepfather really seriously. Vikander is impressive in Blue Bayou. It’s the first movie she ever sings in, and she does it so beautifully. I say this cautiously because there are probably people attached to Linda Ronstadt’s version of “Blue Bayou” (the song) but I think Vikander does it better! Vikander is a lovely actress from Sweden, but you’d never know it; her Louisiana accent is perfect, and she passes as completely American. 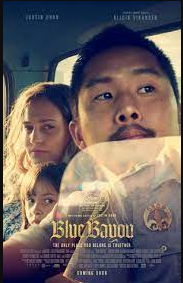 Kathy’s ex, Ace (Mark O’Brien) has been absent in Jessie’s life, and he’s got a lot of jealousy and bitterness toward Antonio. He’s not a great guy, and he’s not the best cop, but his partner, Denny, is really corrupt. Denny (Emory Cohen) puts Antonio in a really bad position (to put it really, really mildly) which kicks off Antonio’s journey through the nightmare he and his family has to deal with.

When cops Ace and Denny see Kathy, Antonio, and Jessie at a grocery store, Denny makes it seem like Antonio was being violent. He gets him sent to an ICE holding facility, and he’s threatened with deportation. The rest of the movie takes us through Antonio’s fight to stay in the US with Kathy, Jessie and his unborn child. The unfairness and frustration with it will just rip your heart out.

This is a beautiful film to look at, thanks to cinematographers Ante Cheng and Matthew Chuang. It was shot on real 16mm film, which gives the movie a really warm and gritty look. There are a lot of really beautiful shots and great color and shadow work. The cinematography also has quite a few symbolic moments that work with the film’s many themes, like police brutality, identity as an adoptee, identity of immigrants, surrogate parenting, ghosts of the past, harmful immigration policies, and poverty in the justice system.

Chon’s acting was beyond convincing. Watching the tender but real and silly way he acted as stepdad to Jessie was very touching. Knowing his character’s background made it all the more poignant. Chon and Vikander have excellent chemistry. They’re really convincing as a young married couple in love, and it’s easy to get into the movie when you watch them. They seem to really love each other and seem to be willing to go through anything for their family. 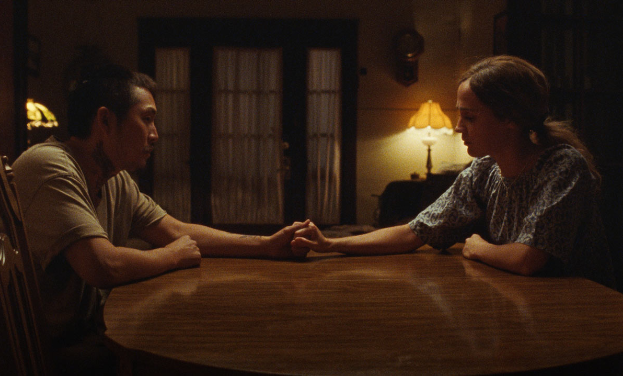 Sydney Kowalske did an impressive job. Child actors can be a little too precious or they can overact (of course, I mean, they are kids) but she was a real natural. I could feel the jealousy of a little girl waiting to become the older sister when she has always been the only kid. It’s easy to feel her pain as she waits for something bad to happen. Lin Dan Pham plays a Vietnamese woman named Parker who bonds with Antonio. Her acting was beyond great, but I didn’t love the way they used her character. She was a little too convenient, and a little too selfless for a character who had her own stuff going on.

Blue Bayou definitely has a message, and it’s a good cause to call attention to. I feel like the movie did a great job of sharing the message without beating you over the head with it. It doesn’t sound preachy, and you just get pulled into the story of this family. I absolutely recommend this movie for its beautiful look, fantastic acting, great music, and important message. If you are someone who doesn’t like to feel like you are being preached to, you should be fine, as the movie weaves it into a great narrative instead of preaching to you. The messaging isn’t heavy-handed, and it’s just a really solid movie.

Rotten Tomatoes gave Blue Bayou 74% and now can be enjoyed on HBO and HBO Max.