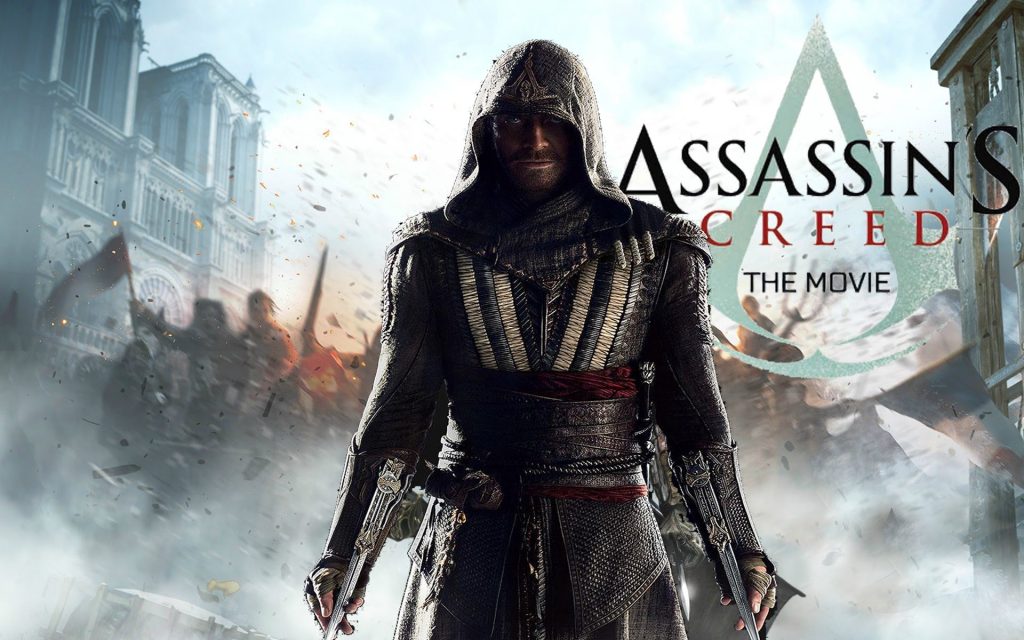 To say that the genre of feature films based on video games has a problematic history would be an understatement. It is filled with colossal critical failures, including Super Mario Bros. and Street Fighter. Some of the more tolerable entries in the field were the serviceable Lara Croft (2001), which included a swaggering turn by Angelina Jolie and a fun supporting performance by a pre-Bond Daniel Craig. Then there was Resident Evil (2002), which was decent, if not great, but which has suffered from diminishing returns on its sequels. Over the years, I kept waiting for the film that would do for video games what Richard Donner’s Superman did for comic book films. The video game industry has released increasingly impressive, visually stunning, and deeply immersive video games, often with top-notch Hollywood talent playing the titular characters. Given its narrative flexibility and the craftsmanship of the source material, I expected that Assassin’s Creed would be the film that gamers and non-gamers could finally embrace. Unfortunately, this is not that film. 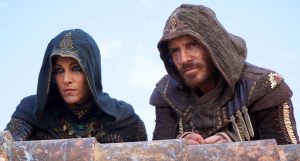 As the film starts, we are introduced to The Assassins Brotherhood. They are tasked with protecting the Apple of Eden from the Order of the Knights Templar. The Templars would use the Apple to control/inhibit free will, thereby restoring paradise and peace onto the Earth. The Assassins believe that Free Will is too high a price to be paid for peace, and take vows to keep the Apple from the Templars. In 2016, a man named Callum Lynch is sentenced to death and awakes after his execution to discover that his death was faked. An organization named the Abstergo Foundation wanted access to his DNA in order to trace residual memories of his ancestor Aguilar, who had the last recorded possession of the Apple in Spain in 1492.

Directed by Justin Kurzel, Assassin’s Creed makes great visual use of its historical fluidity. The scenes in Spain are truly beautiful, filled with warm tones and breathtaking vistas. In the present, the film favors blues and cool tones. The link between the two settings is the Animus, a machine designed to draw Aguilar’s memories into Cal, the design of which has been enhanced for the film (it’s a plain chair in the game) 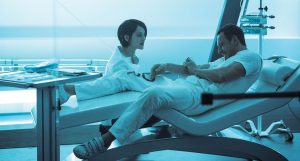 so that Callum visibly re-enacts the events he is “remembering.”

While the visuals and the fights are impressive, the film itself feels hollow. The fights lack urgency, especially in light of the fact that most of them occur in 1492, which means that from the film’s modern POV, everyone’s dead, anyway. Also, given that the Templars are still searching for the Apple, the audience can easily deduce that they didn’t acquire it in 1492. In the present, the dramatic thrust is supposed to rest on the shoulders of Callum and Sofia, the scientist working with Callum to retrieve the memories. The problem here is that Callum is rather indifferent to the fate of the world, and Sofia’s characterization feels under-written. She is supposed to be a compassionate scientist, one who believes that a better world can be brought about by acquiring the Apple. Yet, events later in the film seem to throw her motivations into question; one doesn’t get the impression that she’s questioning her upbringing, but rather that she doesn’t understand its implications.

The conversations about free will and its relationship to human violence could have made the film transcend into a compelling treatise on the nature of violence itself, or perhaps on the perpetration of violence by the state or religious institutions (the latter is particularly salient due to the Templars’ real-life proximity to the Church). But Assassin’s Creed isn’t interested in making a profound statement or operating as an allegory. It simply wants to pay lip service to liberty without really defining what that means. In the film’s defense, it shouldn’t be expected to be more than it wants to be, but I did feel it could be so much more. 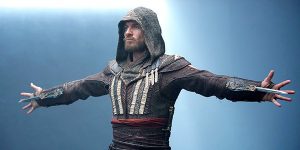 The movie boasts a top-notch cast. Michael Fassbender (who also produced) can always command the screen. The same can be said of Marion Cotillard, who does an incredible job trying to infuse depth and inner conflict into Sofia. Fassbender and Cotillard had starred in 2015’s Macbeth, also directed by Justin Kurzel, and they seem to have great ease working together. Jeremy Irons is strong as Sofia’s father Alan, but he is given little to do. In fact, many of the fine actors in the cast appear for all-too-brief moments, which is a shame because the cast in quite impressive: Michael K. Williams (of HBO’s own The Wire) and Matias Varela (currently starring in Narcos) as another pair of captured Assassins, Brendan Gleeson as Callum’s father, and the always delightful Charlotte Rampling as a Templar Elder.

In the end, Assassin’s Creed has all the ingredients in place for a great film, both in front of and behind the camera.

Though it doesn’t achieve greatness, it is nevertheless a fascinating study in the history of the video game film. It represents one the first times that Hollywood has taken video games seriously enough to fund a film of the highest quality. Hopefully, these quality ingredients will yield a better film next time around, but even though it falls short, Assassin’s Creed certainly raises the bar for the genre.

Assassin’s Creed premieres on September 23 at 8:00pm ET on HBO and all HBO platforms.