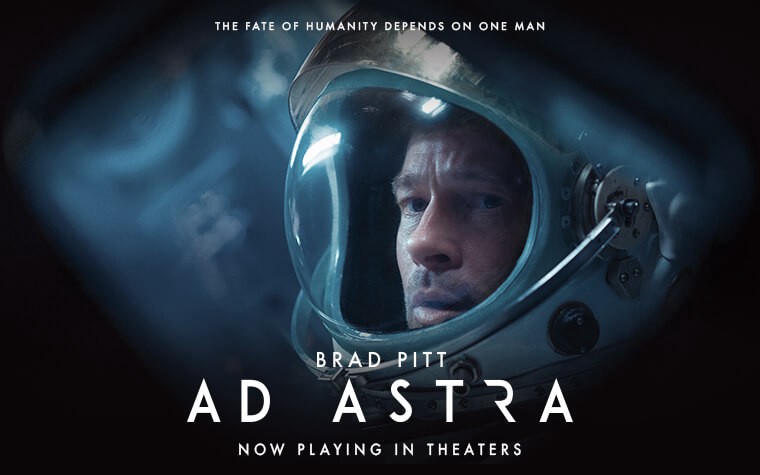 Ad Astra is a different kind of space film. It’s not an action-packed movie like Armageddon and it’s not a Nolanesqe drama like Interstellar. It’s a Drama, though. A different kind of drama. We have Brad Pitt who plays the son of a famous astronaut who was lost in space during an important, paradigm-shifting mission. One day NASA learns that he might still be alive out there and Pitt’s character(Roy McBride) is the best man to communicate with him, From there, things go sideways as he decides his role in the mission should be bigger.

Most of the movie revolves around Roy’s journey. Sometimes he’s with some people, but most of the time he’s alone. We, as viewers, always follow him. The visual effects are stunning, the music is spectacular, the acting is brilliant. The title is derived from a longer Latin phrase – Par aspera, ad astra – Through the hardships, to the stars. It’s really what the movie is about – Roy’s hardships in his journey through the stars. This movie is truly a one-man show for Brad Pitt, and the fact it came out in the same year he won an Oscar (for another movie, but still) fills our hearts with joy. Specifically, we want to mention the incredible work the cinematographer Hoyte Van Hoytema made in this film— straight out of Nolan’s School for Cinematic Excellence. 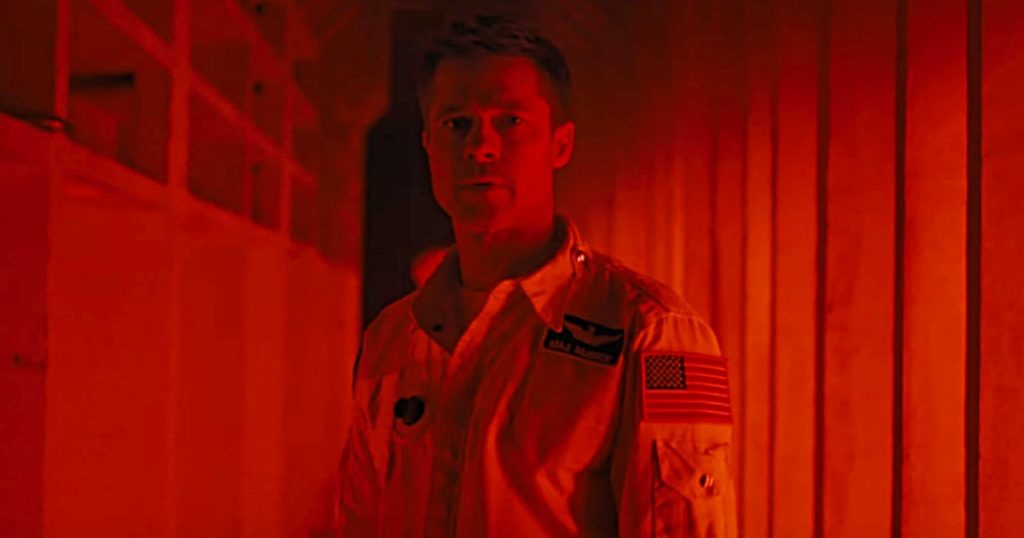 Turning to one’s philosophical side, one might ask the biggest question of all- is Clifford McBride, played by Tommy Lee Jones who appears in the third act, a mere fugazi? Did Roy imagine him after going insane from traveling through space for a long time in solitude, with no companion but the occasional Space-Monkey? This seems like a very plausible scenario, considering Roy and Cliff’s complicated relationship presented throughout the film. Does all the tension between them cause Roy to imagine a reconciliation with his father— closing threads he subconsciously knew would never close? This type of question is better left unanswered when talking about a film of that sort. Spilling out the beans for the viewer is not a favorable trait for a filmmaker, to be sure.

The wise viewer might consider the Space-Monkey scene the most important scene in the film. Was that the ultimate last straw in Roy’s challenging space journey? All we know is when I watched the film and that space monkey exploded I laughed hysterically. Unfortunately, I was the only one laughing. Does that mean it’s not funny or that it’s funnier than the normal audience member can comprehend? Anyway, since it’s been a long time since I watched the movie, I don’t really remember much from it. I do, however, have a strong vivid memory of watching that scene in a theatre. This is no doubt one of the greatest cinematic moments of 2019. The Space-Monkey’s existence in the film is no doubt a very subtle and calculated nod to Brad Pitt’s breakout hit, Fight Club, where his character enlists an army of so-called space-monkeys. What might seem at first a comedic relief for the movie, might actually be a very important piece of the puzzle. Is Brad Pitt’s demons all coming back to haunt him, when he is lost in space?

But there’s also a great scene in which Pitt fights space pirates on the moon which is pretty wild. The scene presents one of the best action sequences of the year and also presents an interesting aspect of the future, when Space travel will not only be feasible but will also attract a new kind of criminals in society.

One of the best things about the movie and the first thing that drew my attention to it in the first place is Max Richter. The superb Modern-Classical composer who’s responsible for great albums like “SLEEP” and “Memoryhouse” and tear-jerking soundtracks like “The Leftovers” was signed to compose the score to Ad Astra. He com

bines his neo-classical style with some electronics and the result is amazing, He was later joined by the great Lorne Balfe who scored some music too. The result is a two-part album with Richter’s full score and then Balfe’s additions. It also contains Nils Frahm’s emotional piece “Says” – I was really surprised to hear it there!

Ad Astra was a weird movie, in a good way. It’s slow and the music is dreamy and it’s very lonely. Most of the time it’s just Brad Pitt in a powerful one-man show. One of the greatest actors alive, I think. I highly recommend seeing Ad Astra and you can on HBO, HBONow/Go , HBOmax and On Demand. It debuted Saturday, June 06 at 8:00pm