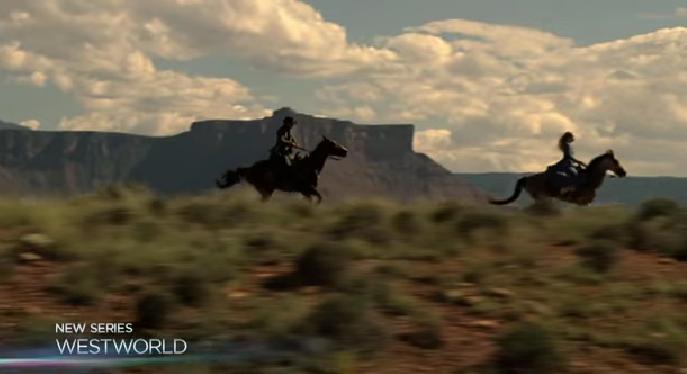 Wondering why we haven’t seen a trailer for HBO’s next mega-smash hit Westworld?  So were we. Until we stumbled upon an interview with THR today where HBO’s programming chief Michael Lombardo gave us an update admitting that Westworld will miss its 2015 premiere date promise:

“The pilot is a really powerful starting point, but when you’re doing a series, you go, ‘OK, so what’s the next episode? What’s bringing you in?’ You can’t just be a spectacle every week.”

Wait, who doesn’t want a spectacle every week!? It doesn’t look like Westworld will be premiering this year.  But if not Q4 2015 then when? Late Winter of 2016 seems to be wide open for HBO now that True Detective has slipped into the summer.  Spring is jam-packed with Game of Thrones, Silicon Valley and Veep so that’s almost out of the question.

Let’s hope HBO and the show-runners of Westworld can get something together in time for an early 2016 release date otherwise we’re probably looking at Fall of 2016 for an air window.

So what WILL air in 2015 on HBO? We’ve confirmed The Leftovers Season 2 as well as David Simon’s new miniseries.  But doesn’t HBO need a major drama to continue to build momentum for it’s new service, HBO Now through the fall?  With Boardwalk Empire, True Blood and The Newsroom now ended, it’s starting to feel a bit sparse as far as dramatic flagship series go over at the Home Box Office. Perhaps Scorsese’s music feature will be fast tracked in time for 2015?  It doesn’t seem likely but at this point it’s our only hope.

How do you feel about the Westworld delay? Are you disappointed? Are you happy that they’re taking their time to make it a great show?  Give us your thoughts.