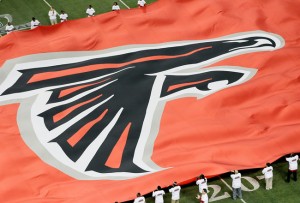 ESPN is reporting that sources close to the team have indicated the Falcons may be the next team to star on HBO’s award winning sports series: Hard Knocks.  Earlier this week reports indicated that the New York Jets, with new quarterback Tim Tebow were in the running to star but sources close to the team say that HBO has yet to extend an offer to the team.  The Falcons on the other hand seem to have been offered the role but as to whether or not they’ll accept– we’ll just have to wait and see.

After a 13-3 record and NFC South title in 2010, the Falcons went 10-6 in 2011 and lost to the eventual Super Bowl champion New York Giants 24-2 in the first round of the playoffs.   As a real contender for the title in the NFL, an inside look at the Falcons would be of great interest to football fans everywhere.  We’ll update you with the latest as it breaks but we’re hoping the Atlanta Falcons accept HBO’s offer!