HBO’s EVP of Programming Francesca Orsi announced on Thursday that Sam Levison’s teen series EUPHORIA, now in the midst of its premiere season, has been renewed for a second season for the premium network. She stated, “Euphoria creator Sam Levinson has built an incredible world with an extraordinary cast led by the supremely talented Zendaya. We are so grateful that he chose HBO as the home for this groundbreaking series. We look forward to following these complex characters as their journeys continue through the challenging world they inhabit.”

The numbers state that the debut season is going well. EUPHORIA has drawn acclaim and has also generated a buzz about the frankness it offers about what many a young adult is facing in today’s world. The show, which debuts new episodes Sunday nights at 10:00pm & drops to its streaming sites ranks as the youngest-skewing drama series on HBO’s digital platforms. 07.07’s episode drew a series-high 609,000 viewers in its timeslot. The series has grown each week 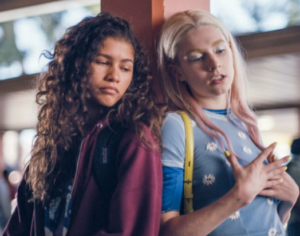 Also on the list of survivors, at least so far, are the characters of EUPHORIA led by Zendaya; though there is a theory out there that says she wasn’t a survivor of the current drug scene after all. Also surviving their daily dilemmas have been Hunter Shafer’s Jules, Sydney Sweeney’s Cassie, Barbie Ferreira’s Kat; Alexa Demie’s Maddie, Algee Smith’s Chris, Jacob Elordi’s Nate, Angus Cloud’s Fezco and Eric Dane’s Cal and others.

Hollywood Reporter hails EUPHORIA as “boundary-pushing, real and exceptionally realized,” while Variety praises the series as having an “undeniable pull that makes it too intriguing to ignore.” TV Guide calls it “lusciously shot,” and getting “more and more jaw-dropping and gorgeous as it goes on.” Indiewire notes “Zendaya is exceptional at every turn,” and Rolling Stone praises the direction as “visually striking throughout, full of moments lit to look both menacing and intoxicating.” All that kind of praise, all that kind of numbers and all that kind of good performances lead to a sophomore season.

HBOWatch will continue to ride the EUPHORIA as it wraps its look at Season One and awaits Season Two. How about you? Are you feeling it? 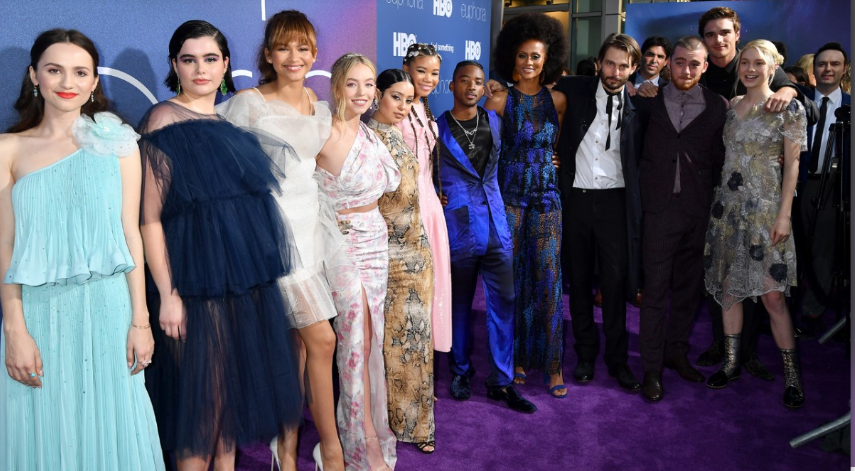