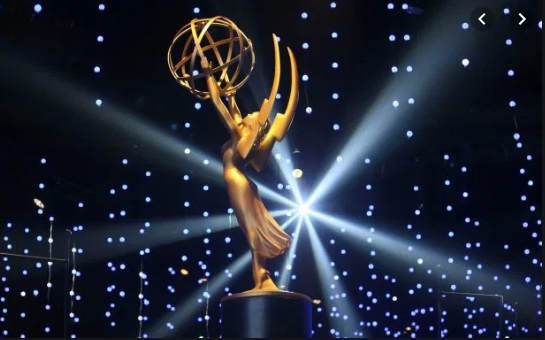 HBO shows walked into the 2019 Emmys with a total of 137 nominations and earned a grand total of thirty-seven of them. At first, you must understand that HBO was not going to win them all as some HBO titles and stars were competing against each other, plus there is other good TV out there. The pay-channel walked into the Primetime Emmys Sunday night (09.22.19) with twenty-five statue already won at the Creative Arts portion the weekend prior and, as we will point out below, snagged nine more in Primetime to lead the board. Netflix was close with twenty-three awards at the Creative Arts but fell short with walking away with four Emmys from last night making the next highest total win at twenty-seven. Amazon did not win so many, fifteen in total, but in the primetime ceremony took some of the bigger wins.

GAME OF THRONES was the biggest winner for HBO with a total of twelve honors, but only two were received in the Primetime ceremony. No stranger to big wins the epic series won Outstanding Drama Series besting SUCCESSION and six others. Also walking away with another win was Peter Dinklage for his role of Tyrion Lannister against six other nominees including castmates Nikolaj Coster-Waldau and Alfie Allen. The biggest surprise loss for this series was the Outstanding Supporting Actress In A Drama Series category only because of the odds. Out of the six nominees, four of them were from GAME OF THRONES – Maisie Williams, Lena Headey, Sophie Turner and Gwendoline Christie. They lost out to Ozark’s Julia Garner.

The directing nominees for HBO also held the majority in their category, Outstanding Directing In A Drama Series, but like the ladies above must have canceled each other out to lose the honor. SUCCESSION’s Adam MacKay and GOT’s David Benioff & D.B. Weiss, David Nutter and Miguel Sapochnik all lost out to Jason Bateman for Ozark. Nor did Emilia Clarke take the Outstanding Lead Actress prize losing out, among others, to Jodie Comer of Killing Eve. Was it backlash for a less than satisfying final season for some? We hope that was not the reason.

The next biggest winner for the network was the limited series CHERNOBYL. It took ten total wins with three of them taken in last night’s telecast. Those honors were the top prize of Outstanding Limited Series beating out SHAPR OBJECTS and three others. It also gave Outstanding Director for that category to Johan Renck and Outstanding Writing to executive producer/writer Craig Mazin taking him up to the podium twice. HBOWatch has already singled out CHERNOBYL as the best of the year and this confirms it.

John Oliver and company proved to be no slouch when it came to winning a few for LAST WEEK TONIGHT WITH JOHN OLIVER. Two of the top honors were received at the Mircosoft Theater last night. The writing staff of the show took to the stage to hold the Emmy for Outstanding Writing For A Variety Series. Out of the fourteen on the staff senior writer, Jeff Maurer offered the acceptance speech. The other honor brought John Oliver himself to the podium as executive producer and host to accept the Outstanding Variety Show award. He was snarky, of course, and thanked GOT for the great lead-in each Sunday night and the departed Richard Plepler. The series lost out on Outstanding Directing, though.

BARRY got some love but lost more than it won. Bill Hader took the Outstanding Actor In A Comedy Series statuette. VEEP did not see any come its way. That series, along with GAME OF THRONES, got special tributes and standing ovations but Julia Louis-Dreyfus and her cohorts did not walk away with any prizes. I’ll look closer at those losses in a bit but first a shout out to SUCCESSION. It won an award and one that makes perfect sense for it to take. Writer Jesse Armstrong took a win away from GAME OF THRONES and a few others with his episode “Nobody Is Ever Missing” for Outstanding Writing For A Drama Series. Here is hoping that show can build up nominations for the 72nd Emmys, perhaps even Outstanding Drama!

Okay, a glance at more of the awards that got away. First, in comedy, we have to look at BARRY and VEEP. They both lost out as Outstanding Comedy Series to Amazon’s Fleabag who took a good portion of the comedy awards. BARRY still has a chance to take the honor at some point but the political comedy, of course, has seen its final season. Fleabag also took away what would have been a history-making win for Julia Louis-Dreyfus as the most honored comedy actress (she still sits with Cloris Leachman and six apiece). Phoebe Waller-Bridge has the Emmy instead. L-D’s castmate Anna Chlumsky and BARRY’s Sarah Goldberg lost out as well. Alex Borstein (of HBO’s GETTING ON) won Outstanding Supporting Actress for The Marvelous Mrs. Maisel. Outstanding Supporting Actor honors did not go to HBO either. BARRY’s Anthony Carrigan, Stephen Root and Henry Winkler (last year’s recipient) must have canceled each other out. VEEP’s Tony Hale also didn’t get it over Tony Shalhoub for…Mrs. Maisel. The HBO comedies also lost out on Outstanding Directing and Outstanding Writing.

Kit Harrington also did not receive an Emmy for Outstanding Actor For Drama that went to Billy Porter for Pose; Amy Adams and Patricia Clarkson bosh lost out in their categories for SHARP OBJECTS. Joining them in the no-win list were Mahershala Ali for TRUE DETECTIVE, Jared Harris, Stellan Skarsgard and Emily Watson for CHERNOBYL. HBO had dominated the Outstanding Television Movie category with

BREXIT, DEADWOOD: THE MOVIE and DINNER WITH HERVE but lost out to Black Mirror: Bandersnatch.

Like I declared at the start of all this, there is quite a bit of good television out there and so we are quite happy that HBO held its own and walked away with the Emmys it did. It took the most wins, but remember GAME OF THRONES is done and gone and the challenge is on for next year’s outstanding programs. Could next year shine for SUCCESSION, WESTWORLD or something else? Will a new limited series or TV movie for HBO once again stand strong? It will be one exciting time finding out. Join us at HBOWatch as we watch HBO closely to discover the next big winners in 2020. 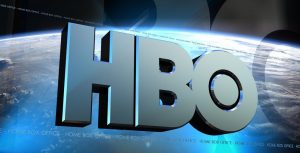