The San Diego Comic-Con is always a big event! HBO will be represented there this year July 18 – 20. Below, via an HBO press release comes brief details of the shows it wants to get in front of the eyes of the fans. 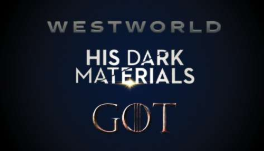 The HBO series HIS DARK MATERIALS, GAME OF THRONES and WESTWORLD are confirmed for panels and autograph signing sessions at Comic-Con International: San Diego 2019.

HBO wants to stir up excitement for this fantasy epic based on the acclaimed Philip Pullman novels. Some major players in the cast will chat it up at the panel to 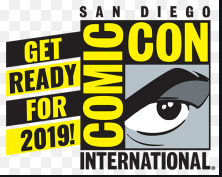 set up the adventure of Lyra as she flits from our world to the next to save kidnapped children.

Consider it an attempt to not let the show die as some of the cast take their victory lap.

We eagerly await what will happen when Season 3 hits in 2020.

WATCHMEN fans should keep a look out around the Gaslamp Quarter for a surprise inworld opportunity to engage with that new HBO series.

My guess is you’ll just have to follow the loud sounds of a ticking clock and masked sorts milling about.

HBOWatch will fill you in on any exciting news out of the event. Or if you are able to go to San Diego you can fill us in.