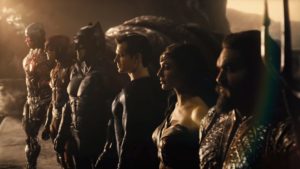 There has already been so much written – it would be such a waste of time to pen all the same notes as every other critic that was required to cover Zack Snyder’s Justice League. Let us consider that story told – the reasons he left the project; the arrogant catastrophe that was Joss Whedon’s 2017 release and the online campaign. None of that matters now. What matters is that the diligence of a committed fanbase was able to reinforce the demand for this film to exist, toxic minority aside. And boy, does it exist. But, as much as the extended press coverage will focus on this being ‘for the fans’, to consume the final article is to be educated otherwise. This is for Zack Snyder, and this is for Autumn.

There is absolutely no sugar coating or beating around the bush, here. Zack Snyder’s Justice League is the most ambitious superhero movie ever made and needs to be considered as if its previous incarnation does not exist, and with Marvel tonality firmly removed from your peripheral. Of course, it helps if you are admittedly a fan, or in the least, invested in the journey that has led to this point, but even that is not a prerequisite for recognizing what a commanding success this picture is.

At first take, you may find yourself thinking, “Four hours?” And, the answer is absolutely a  “hell yes.” This is 242 minutes of minimal sag (the chaptering was a good move), and the aspect ratio elevates the experience no end. It is fully focused and purposed from scene to scene, and is comfortably Snyder’s greatest 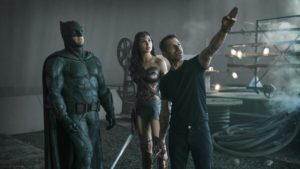 narrative achievement to date save for, maybe, his Director’s Cut of Watchmen. But, this means more. The passion for the project oozes out of every second. It is all so lovingly considered, and is the rightful conclusion to what, on reflection, should be considered one of the great modern trilogies. The plot may be straightforward, but is that such a bad thing? Not everything has to have ‘Tenet’-like sensibilities to be worth the time and effort. This is Batman, Superman and Wonder Woman, goddammit. You’ve come to be entertained. Kal-El’s death has sent literal shockwaves across multiple Earthly realms and has stirred to life the three ‘motherboxes’ – mysterious power sources that, together, form what is referred to as ‘the Unity’. In this unity, worlds are conquered. It’s all really comic-booky. It’s fine. Don’t worry about it! What it allows for is purpose and reason. It facilitates a genuine villain in Steppenwolf, which in turn forces a desperate and calculated response from Bruce Wayne. Everything else is characterization, world-building and popcorn thrills stylized in a way that only Snyder would muster.  What will be considered by some (let’s call them ‘boring people’) to be an overblown, bloated story could equally be defined as room to breathe if you give yourself the opportunity to be invested enough to begin with. It’s all dependent on what mentality you bring to it. Heroes evolve individually before reigning victorious collectively – a tale as old as time – but when it’s all crafted so expertly and expressively, it’s impossible to turn away from. The original battle for the Unity that features men, Atlantian and Amazon, is given a full turn to establish why we should care about the motherboxes at all. Arthur says ‘no’ a bunch of times before he says ‘yes.’ Victor is afforded an actual storyline. By the time Superman returns (cue Rick Dalton gif) at around three hours in, everything is earned. There is no exaggeration in describing it as masterful. 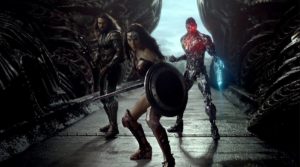 Call it fate, or call it whatever you want. Was it not for a pandemic that is currently forcing seemingly every major release down a potential streaming route, this gargantuan (dare we actually say) genre-defining masterpiece may not have seen the light of day? Or at least, if it had, it may not have seen the additional cash injection from Warners to finish it to vision. But then, we aren’t to know how much of this cut actually ended up on Whedon’s cutting room floor. And perhaps we’ll never know. And perhaps we don’t need to know. It’s here now and is so much more than anyone could have hoped for, in quantity and in quality – uncompromising, and true.