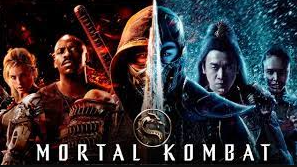 Against all odds, first-time feature director Simon McQuoid lives up to the tough task of making a critically reasonable video game movie. You’d have thought perhaps the deck had been stacked against him given the utter churn of the last two decades (*cough* Prince of Persia *cough*), but with more recent franchises like John Wick, and even video game-esque output like Guns Akimbo proving that bloody violence is sheer bliss, Mortal Kombat was always in with a shot on that basis – the basis that it was never, and couldn’t possibly have ever been a PG-13 sell which, remarkably considering the source content, both of the 90s efforts were. And, while they have been reassessed and reconsidered over time to be marginally more favorable in retrospect, they remain a largely bloodless bore – the antithesis of what Mortal Kombat represents. 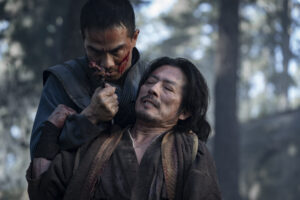 That this is McQuoid’s freshman effort actually seems to do him a favour, as it is almost immediately evident that this 21st century take on the age-old franchise is largely void of hindering influences outside of the demands of the fanbase. It is created in equal parts to service their needs while being perfectly accessible to any newcomer who simply fancies a bit of switch off and lock-on action complete with gore so tongue in cheek that even the more initially unappeased will not be able to help a wry smile.

In a strong opening sequence set in the 17th century, the stage is set as both Scorpion and Sub-Zero are introduced to fantastical effect. The film is rapid from that point as it steamrolls to the present where fighters from the realm of Outworld have defeated those of the Earthrealm in a series of deathmatch tournaments and intend to conquer entirely in a final showdown. But when an ancient prophecy is uncovered that seeks to unite Earth’s warriors to prevent an Outworld conquering, ultra bad guy sorcerer Shang Tsung seeks to eliminate every Earthrealm champion in advance. It’s clunky. It makes no sense, really. But, is that why you’re here? 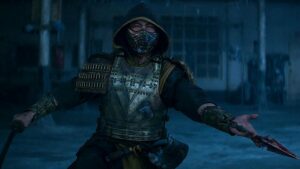 Though a lot was predictably forced into the trailers, there is certainly enough left to warrant checking out the film in it’s entirety. Guts are spilled, limbs are lost, and the script is deceptively taut considering how heavy-handed the general plotting is. At one point, blood spray is frozen and then used as a weapon to stab someone. Who is going to argue with that?

More for fans than the rest of us, but sometimes that’s okay! Sometimes the fans deserve their moment in the sun, and for a previously botched franchise of such entertaining potential, this is it.

Mortal Kombat is streaming until April 24th on HBO Max.