HBO is playing around with news formats and specials lately. Here via a press release is yet again something new (which we appreciate) for the channel. 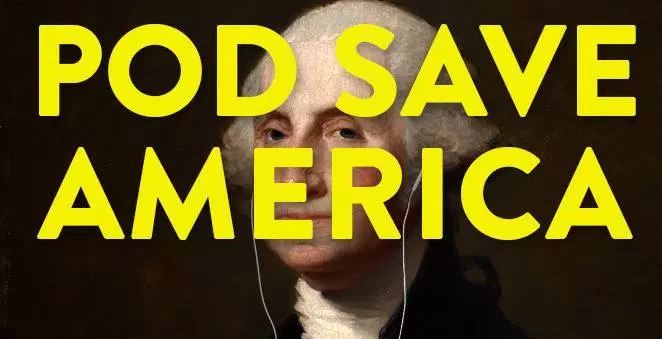 Feb. 8, 2018 – HBO has entered into a deal with Crooked Media, the media company founded by Jon Favreau, Jon Lovett and Tommy Vietor, to bring the hit political podcast “Pod Save America” to the network this fall for a series of hour-long specials on the campaign trail, it was announced today by Casey Bloys, president, HBO Programming. “At a time when politics affect the lives of Americans more than ever before, ‘Pod Save America’ has brought fresh and thoughtful voices to the discussion,” said Bloys. “We’re excited to share the irreverent and entertaining insights of these savvy observers with the HBO audience.”

“The best part of ‘Pod Save America’ is taking the show on the road and meeting activists, candidates and people who are getting involved in politics for the first time,” says Favreau, Lovett and Vietor. “They know that the 2018 midterms are the most important elections of our lifetime, and the energy and excitement on the campaign trail is infectious. We are so grateful that HBO is taking a chance on us, even though these live shows will have so few dragons and sex robots.”

“Pod Save America” is a twice-weekly podcast hosted by Jon Favreau, Jon Lovett, Dan Pfeiffer and Tommy Vietor, former aides to President Obama, who are joined by journalists, politicians, comedians and activists for a freewheeling conversation about politics, the press and the challenges posed by the Trump presidency. The show has been downloaded more than 175 million times since launching in Jan. 2017. The show will be executive produced by Jon Favreau, Jon Lovett and Tommy Vietor.

So, can you rally around this idea? I haven’t heard the podcasts myself but these specials seem to sit somewhere between VICE NEW TONIGHT, and the works of Bill Maher & John Oliver and even the upcoming Wyatt Cenac. The difference is the strictly political tone they will take in their own vocal stylings. The election season is sure to be a hot one and some more snarky comment just might make it all that much more palpable. We will find out this fall.