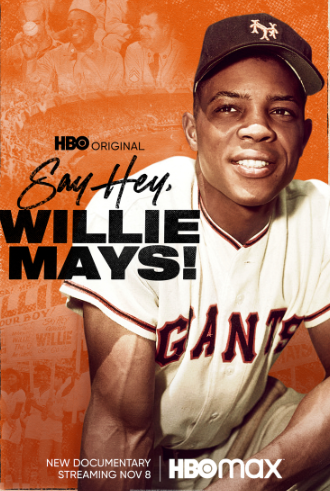 Summer 1996. The Atlanta Braves and New York Yankees, my favorite National League and American MLB Teams respectively, were on a collision course to face off in the World Series. Mid-way through an evening Atlanta Braves game (I can’t remember the opponent), we changed from TBS Sports to HBO. The Saturday night movie was the HBO original SOUL OF THE GAME, which chronicled the post-war exploits of Negro Leagues players Jackie Robinson, Josh Gibson, and blue-collar worker and baseball fan Cat Mays. In the film, Cat’s son meets Jackie Robinson. That young man would be one of the most well-rounded players in major league history.  Willie Mays is his name.

Many baseball pundits name Willie Mays as the most-well rounded baseball player of all time. Offensively, he is a member of the 3,000 hits club, maintained over .300 batting average, and is sixth all-time in home runs.   Mays’s defensive prowess yielded over 7,000 advancing runners being thrown out, and he was awarded 12 Gold Glove Awards.  SAY HEY, WILLIE MAYS presents these statistics early in the documentary, through interviews with sports writers and fellow players that know Mays. A key point is they know this legend and not knew (sic) him. This 91-year-old legend is alive and well as someone nearly a century old can be. His wholesome nature and acuity to adapt to changing times will entertain sports fans and casual viewers.

On the surface, Mays’s childhood is similar to many African Americans born during the Jim Crow era. However, Mays’s high spirits and work ethic not only transcended racism but allowed him to emerge not bitter. We learn that after working long arduous shifts at a Westfield, Alabama steel mill, Cat Mays would take his son to a local park to play America’s Pastime. Before graduating high school, Mays had surpassed his father’s teachings (who was a semi-pro player) and signed a deal with the Black Barons of the Negro Leagues. Willie Mays would give up to $1000 a month ( a hefty sum in the 1940s) to his aunts. The young man only needed money to occasionally go to the movies and on dates.

SAY HEY, WILLIE MAYS! informs us that Mays was arguably the first nationally known black sports star. Late great Los Angeles Dodgers sportscaster Vin Scully, covered Mays’s first season of Major League Baseball with the then New York Giants; Scully observed that Mays seemed like a kid playing an adult’s game. This is not meant to be an insult, for Scully, fellow players, and fans loved Mays’s love for the game. Mays’ personality never waned. Even after being drafted into the Korean War to entertain deployed soldiers, Mays put a smile on the faces of those deployed in the frigid mountains of Korea. After returning from the war, Mays and the Giants made it to the 1954 World Series. If you were to Google “the most famous catch in MLB history”, a picture of Mays’s catch in Game 1 of the 1954 World Series would appear. This HBO Sports documentary takes the iconic picture and utilizes 3D rotation to break down the iconic defensive play in a manner that this baseball fan had never seen.

Mays’s celebrity trickled into television, and he appeared in numerous guest roles on tv sitcoms and was a regular on talk shows. Despite his popularity, Mays faced resistance from the white residents of a neighborhood that he and his then-wife wanted to move into. The now San Francisco Giants paid Mays enough to live wherever he desired, but some did not desire the young athlete to live amongst them. However, the intervention of a civil liberties union allowed Mays to purchase the home of his dreams. 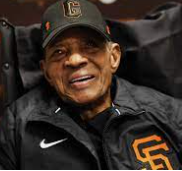 Jackie Robinson tore down the barriers to allow persons of color, and after his retirement, he spoke about the trials and tribulations that he and other persons of color in the United States face on a regular basis. Jackie Robinson, Muhammad Ali, and other high-profile black activists criticized Mays for not being more vocal about Civil Rights. Likewise, in this day and age of being boisterous about speaking out against old and present inequalities, some may criticize this HBO Documentary for being too light-hearted. SAY HEY, WILLIE MAYS! spends adequate time on Mays’s struggles, however, through interviews with the elderly Mays, we learn that he believed the best way to combat prejudice is to find one’s purpose in life and have fun doing so. Mays created many social programs for underprivileged persons but never sought attention. He was the broker of peace in disputes between Cuban players and white baseball managers. Mays was the silent hero.
The documentary concludes with Mays’s godson and retired home run king (albeit the controversial home run king) Barry Bonds speaking on the legacy of a living legend. Bonds credits Mays for being a second father and for re-revolutionizing the game of Baseball.  A remnant from the 1990s appears during the credits: A gag reel. Mays is cracking jokes with the production crew of the documentary and it is not at all out of place. This clip further perpetuates the charm of Mr. Mays.
“Go Say Hey” to SAY HEY, WILLIE MAYS! on HBO.