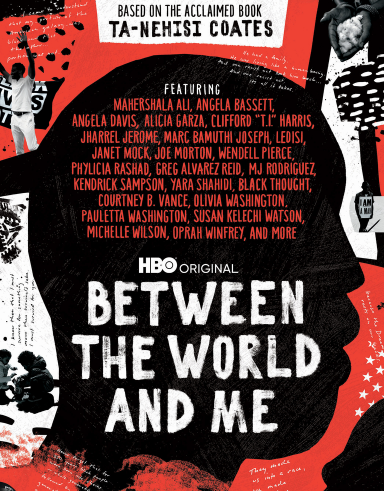 In Harlem, situated between West 125th Street and Frederick Douglass Boulevard, there is a renowned music hall. This music hall has hosted musical and comedic performances from the Harlem Renaissance to the present. Ironically and arguably embarrassingly, The Apollo Theater was a ‘whites-only’ venue until 1934. Some of HBO’s adaptation of Ta-Nehisi Coates Between The World And Me was filmed at The Apollo Theater, a fitting location to discuss the perpetual ramifications of America’s Constitution being written to benefit white males. To get a deep-dive into the history of the Apollo, see the award-winning HBO documentary The Apollo and read our review of it.  As a disclaimer, HBOWatch features two writers from different ethnic backgrounds on this piece, and we are not jumping aboard the woke bandwagon. Nor is this article a slam at law enforcement officials.  We find that Between The World And Me is simply but powerfully, another solid entry into HBO’s programming.

Familiar faces narrate this 120-minute documentary. We see actors, actresses, musicians; many of who are HBO series alumni, read excerpts from the 176 page, Pulitzer Prize-nominated book. It is important to acknowledge, that much of the inspiration that created Between The World And Me, came from Coates’s undergraduate mentor Dr. Eileen Boris. Boris is a white female. Coates’s goal is not to bash those of Anglo-Saxon backgrounds, but to empower those who share his hue to be aware of inequalities, and to educate all others on those inequalities. Using facts and anecdotes from the controversial killings of unarmed black persons Prince Jones, Michael Brown, Tamir Rice, and Trayvon Martin, the viewer is given an axiom to explore and ponder the themes. For example, a lengthy segment is dedicated to the revelation that Prince Jones was killed by a black police officer. This officer was given the standard leave with pay while the matter was investigated by internal affairs. Upon conclusion of the investigation, the officer did not face charges.

At its core, Between The World And Me argues that unwavering compliance is expected of minorities and that the curiosity to explore their own culture and outside factors is to be abandoned if this causes the status quo to feel uncomfortable. The late Chadwick Boseman is featured in the documentary, via an archival clip. This clip is of Boseman’s 2018 commencement speech at Howard University. Commencement speeches, no matter the racial or gender make-up of the new graduates, all provide the eager alumni with the assurance that their accomplishments could potentially make the world a better place. However, what if some of the world is not welcoming to a particular group? Coates wrote this work as an important message to his 15-year old son. It is common in Western society to have the inevitable “birds and bees” talk with one’s children. Coates and other black Americans have a lifelong talk preparing their children for the disparities that they will face.

All human beings face trials and tribulations, yet some persons experience compartmentalized issues that some persons are oblivious to. This superb HBO entry is one of many stories that tell the tale of unheard and/or ignored voices. – Travlis Hallingquest

As is my fashion, I review HBO Specials as they come, this one, BETWEEN THE WORLD AND ME, was no exception. Upon watching it, however, I felt that it wasn’t meant for me. Over a week later and I still don’t. As a WASP, if you know the term, the message fell short for me. Why? Because of my ethnicity. Even though I understood the message in principle I was not getting the true message intended because I was not culturally, socially, ethnically connected to the underpinnings of the message. It wasn’t in my DNA to be triggered by the struggle at the heart of this. I never lived in those shoes. Thus, I felt the need to reach out to a Black HBOWatch writer to review it. We agreed, in the end, that we’d both have a say.

BETWEEN THE WORLD AND ME is a letter to a fifteen-year-old son, broken down into segments and presented as monologues by entertainers. It was shot simply under pandemic protocols. Some were filmed in their backyards, some in their living rooms, some in open breezy spaces and some in neutral, nonspecific 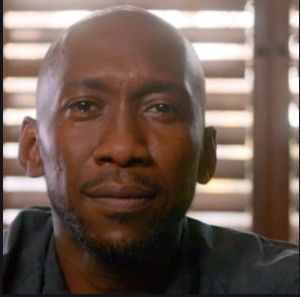 locations. Enhancing the narrative is a filing of archival footage and simple animations all conveying the themes of the Black struggle.

The piece highlights the importance that the child is now old enough to understand that the Black journey was and still is a struggle. I think what gripped me the most is that this work doesn’t, or at least I didn’t find an indication of it, show a ray of hope at all. It is more of a declaration that you need to take ownership of the situation, for it is what shaped you into a proud, resilient People today. Be leery, be cautious but forever move forward as a People, for it is a beautiful collective indeed. The Black community understands that and needs to pass that unto the generations to come. The Whites have a different perspective, one that has dominated, and can’t truly understand the struggle.

A strong array of talents took to Coates’ words and shaped this work with a great range of emotion, as to be expected. It even brought some, like Mahershala Ali, to tears. the message is strong, the message is truthful, the message is important. The special, BETWEEN THE WORLD AND ME, is playing across HBO’s platforms.  – Jef D.