Via an official HBO press release, we have word that comedian/writer Sam Jay (pictured) has something to offer HBO. 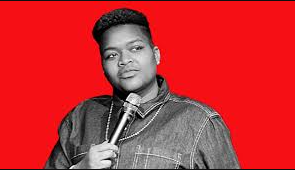 HBO has given a series order for a weekly late-night show from Emmy nominated comedian and writer Sam Jay (Saturday Night Live) and Emmy nominated executive producer Prentice Penny (INSECURE). The UNTITLED SAM JAY PROJECT will be a weekly 30-minute late-night show in which Sam tackles the top trending topics in urban and world culture for the week – including race, politics, sexual identity, science, celebrity, religion, and more – and examines them from her unique and subversive point of view.

“Sam is fiercely funny, provocative, and a complete original. Her comedy seamlessly glides between vulnerability and grit, and she always makes you see the world in a whole new way,” said Nina Rosenstein, Executive Vice President, HBO Programming. “Joining forces with Prentice to bring Sam’s talent to late-night is a perfect fit.” 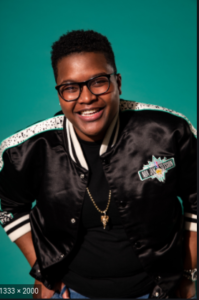 “I’m really excited to bring my point of view to late-night television and have felt nothing but support creatively from HBO and A Penny For Your Thoughts,” said Jay. “So everyone wear your mask and vote so I can make my TV show! Thaaaanks!”

“I’m so excited to create this project with Sam as I think she’s one of the best comic minds today,” added Penny. “When I first started thinking about this idea, I knew I wanted to create it with someone who was smart, funny, irreverent, and boundary-pushing. Someone who would elevate it to a place that not only challenges the culture, but challenges all of us to think different and be better. Sam is undoubtedly that person. I’m extremely honored to work with her on this and we’re both incredibly grateful to Casey, Nina and everyone at HBO who believed in this project from the beginning. It’s going to be a fun ride.”

So, HBO’s boy’s club has got to make room. Scoot over Gumbel, Maher and Oliver because sometime in 2021 we will have the wit & opinion of Sam Jay as well!