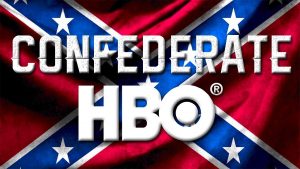 HBO still believes that the controversial CONFEDERATE series will happen in time. The concept generated great buzz when it was blurted out back in the summer of 2017 that the series was the next project for David Benioff and D. B. Weiss upon the conclusion of GAME OF THRONES. Here it is 2019 and there has been little talk about it since.

That changed when HBO’s Programming Chief Casey Bloys brought up the title during the latest Television Critics Association event. We are all aware that the creative team is caught up in the Star Wars universe, though there has been no solid news what they are going to do for the franchise except that they will be manning a new trilogy, but Bloys stated that they’ll be back to Earth & HBO after that. They may be back ‘after that’ but a blockbuster trilogy to write & produce is going to take a few years, isn’t it? That leaves CONFEDERATE with a long wait. Bloys said,

“There’s no change. They haven’t written anything. [David and D.B] still have to finish digital effects work on GAME OF THRONES‘ final season]… and they obviously now have the Star Wars movie. But at a certain point they’ll tell us when they are ready.” 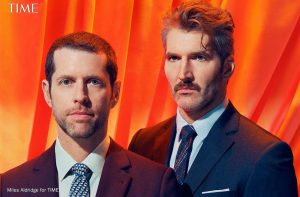 I think the real point of Bloys’ comment is that we are not seeing development on the hour-long dramatic series CONFEDERATE because of long-range commitments for Benioff/Weiss (pictured) not because of the controversial nature of the project. Again, CONFEDERATE is a view of an alternative timeline in which the Confederacy won the American Civil War wherein (according to HBO’s description) “the southern states have successfully seceded from the Union, giving rise to a nation in which slavery remains legal and has evolved into a modern institution.”

So, HBO has not counted out the fact that Benioff/Weiss will return to HBO at some point and that the series will still be a go for them and if HBO hasn’t killed the project then we here at HBOWatch won’t kill it either. But their vision of an alternative America will take a long while to get here.