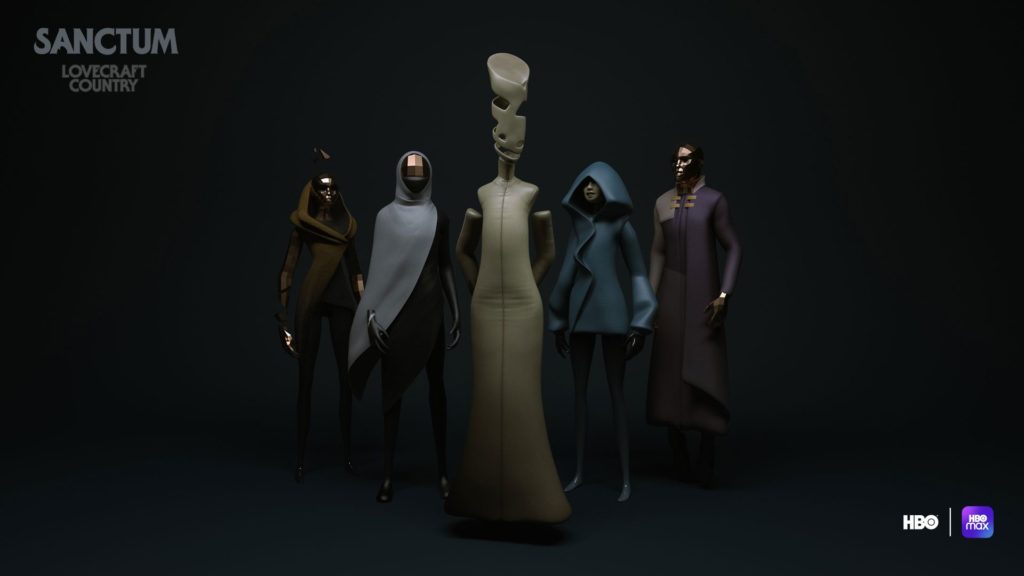 Recently, HBO announced  a “series of virtual reality events” entitled “Lovecraft Country: Sanctum.” We may be in the midst of a pandemic but HBO is finding innovative ways to engage with fans of its new series Lovecraft Country. People can’t come together physically right now without risking the threat of serious illness. So, HBO has decided to throw three virtual gatherings in honor of Lovecraft Country‘s first season.

Dana Flax, who is the company’s Vice President of Marketing has this to say about HBO’s approach to promoting their series during this peculiar year:

So much of LOVECRAFT COUNTRY is rooted in the idea of travel as a catalyst for self-discovery. Sanctum provides a way for fans to come together virtually and safely in a unique new place and experience incredible performances that further explore themes and ideas from the show. These virtual events also give us the special opportunity of spotlighting the work of Black artists in celebration of this very important series.

Before you get too excited and start digging out your V.R. headset, apparently these events are only open to “invited guests.” If you’re not on HBO’s list of “100 select influential voices,” you can still get a glimpse of the “immersive theater, escape rooms, art installations, puzzles and live concert” via YouTube Live. Viewers who log on to YouTube can watch the events as they unfold. You can also use the chat feature to participate in the experience.

Check out a recording of “Event 1: Garden of Eden,” which has already taken place, below:

If you missed “Sanctum’s” first event, there are still two more that you can live-stream this fall. “Event #2: An American Dream” will take place on Thursday, September 24 at 10:00 PM ET. You can catch the third and final event, entitled “Music of the Cosmos” on Monday, October 19 at the same time.

Rama Allen, the lead creative in charge of “Sanctum” tells us

We created Sanctum as a space to expand the possibilities of what the future of theatre, games, art installations, concerts, and live events can be. It is an alternate universe, built for Social VR, that tests, and exceeds, the boundaries of what we believe possible. We sought to create a space in partnership with Black artists and voices that centers on the Black experience. We chose Social VR because it is the most transportive medium to lift us from the isolation of quarantine, to coexist in a rarefied location. This technology can erase geography to bring us together.

Allen’s vision for “Sanctum” is ambitious. HBO’s efforts to highlight Black artists are worthwhile. “Sanctum” represents one of many attempts at overcoming the way in which the pandemic has wreaked havoc in the worlds of art and entertainment. I admire HBO’s out-of-the-box thinking. But the exclusive nature of the events is arbitrary and rather off-putting. How many people want to watch someone else play a V.R. game? Similarly, as a viewer, the V.R. medium and aesthetic leave something to be desired, at least for me. Nevertheless, it’s increasingly clear that the coronavirus is not going away anytime soon, at least in the United States. HBO’s desire to keep artists employed, audiences engaged, and everyone safe is appreciated.