HBO has just decided to slip an unscripted show onto the schedule one week before its debut. But we caught it and here is an official word all about the show entitled CHILLIN ISLAND. 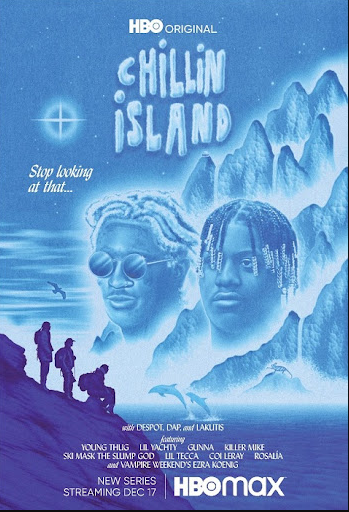 HBO’s six-episode unscripted series CHILLIN ISLAND, from executive producers Josh Safdie and Sebastian Bear-McClard from Elara Pictures, the team at DreamCrew, and co-produced by Spotify debuts  FRIDAY, DECEMBER 17 (10:30-11:00pm ET/PT). The series will debut on HBO and will be available to stream on HBO Max.

So what is it? It is in the same vein as PAINTING WITH JOHN and HOW TO WITH JOHN WILSON and PAUSE WITH SAM JAY. It almost seems that anyone with a camera and a unique perspective on the world can get a show. This would make HBO’s fourth. HBO says,

My, that is an interesting collection of homies. I don’t have a clue of who the heck any of them are. But, I had no clue who John Lurie or John Wilson were either before their little cinematic gigs. Evidently “Despot,” “Dap” and “Lakutis” have words of wisdom for us all. That is if you are looking for the “unknowable truths from the dreamstate of the shared human existence.” Hm? Not even sure what that means.

I say that because that is not what I gleaned from the trailer. This series isn’t about the human experience. It is about something right in my wheelhouse though. It is about Nature with a capital N and just how we fit in it and what Nature does to us and for us. Hell, yeah! And who would have thought that some inner-city rappers are going to tell us how and why we need to be all kumbayah with Nature?

Well, okay. Just because of our shared appreciation I will give the show a go. I never got tuned into Lurie or Wilson so we’ll see. Each episode will be titled for the guests who venture out with the lead trio. Here is a breakdown:

–Episode 1: “Young Thug”
Debuts: FRIDAY, DECEMBER 17
After a dune buggy crash, Young Thug descends from the heavens to rescue our hosts. Together, they discover what it means to be a snake.

–Episode 2: “Lil Yachty”
Debuts: FRIDAY, DECEMBER 24
On a journey through lush swamps with Lil Yachty, our crew learns about the legend of the Skunk Ape, a Yeti-like creature who looms large.

Debuts: FRIDAY, DECEMBER 31
Alec, Dap, and Lex try to catch fish, while a seasick Lil Tecca fishes for an excuse to go home.

–Episode 4: “Ski Mask the Slump God”
Debuts: FRIDAY, JANUARY 7
Under the pretense of a spiritual journey, Ski Mask and our hosts arrive in the red desert, but are they truly seeking enlightenment?

–Episode 5: “Gunna ft. Killer Mike”
Debuts: FRIDAY, JANUARY 14
On his sprawling property, Gunna struggles to convey his love of the great outdoors, while our hosts once again struggle to survive in it.

Nina Rosenstein, Executive Vice President of HBO Programming stated: “There’s been an explosion of really inventive TV produced over the past few years, but nothing can prepare you for CHILLIN ISLAND. It’s a brilliant mix of offbeat observations and weirdly funny revelations built around three unconventional hosts, 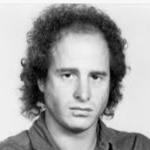 some well-known rappers, and exotic locations. It’s quirky, irreverent, and at times, profound.”

Production company Elara Pictures adds: “Tuning into an episode of Alec, Dap and Lakutis’ Internet radio show was like hanging out with rappers and Howard Stern if he was on K. It was so easy and yet so deep. When Alec approached us to create a TV show with the vibe of their radio show, it only made sense to put them and their guests in the middle of nowhere and ask Steven Wright to be the voice of God.”

Whoa, that seals the deal – Steven Wright (pictured from back in his HBO Specials days) as the voice of God? I guess I’m getting a ticket to CHILLIN ISLAND. Anyone else or am I going alone?