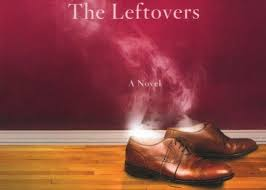 HBOWatch has had its eye on this project and so has HBO. Evidently the network has liked what it has seen of Damon Lindelof’s THE LEFTOVERS to commit it to series. A ten episode Season One has been given the greenlight and is hoped to air in 2014. 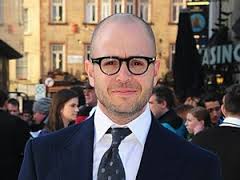 Co-written by Lindelof and Tom Perrotta based on Perrotta’s book the project takes place after the Rapture happens. It is the story of the people who didn’t make the cut and a world that never will be the same as a consequence. The work has taken a smooth ride to the screen. We first reported on it on 06.30.12. The rest of 2012 must been spent in writing the screenplay, then on 03.14.13 we announced that a pilot was ordered to be shot and on 05.09.13 Peter Berg came on board as director. Finally on 07.02.13  we had reports that the pilot was in production and we listed the main characters in that post. Again that cast is – Justin Theroux,  Amy Brenneman, Christopher Eccleston, Liv Tyler, Chris Zylka, Margaret Qualley, Carrie Coon, Emily Meade, Amanda Warren, Ann Dowd, Michael Gaston, Max Carver, Charlie Carver, Annie Q, Paterson Joseph and Brad Leland.

All apparently has gone well and HBO has liked what it saw to now have the production move forward. By this time next year we could have THE LEFTOVERS on the screen. If you cannot wait until then and are one of those you like to consult the source material before the TV show comes to life here is a [amazon_link id=”B0085RZGS6″ target=”_blank” container=”” container_class=”” ]link to purchase [/amazon_link]the 2011 novel for yourself.