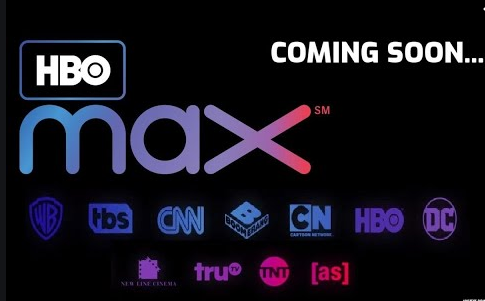 Let’s just cut to the chase and drop the official press release, Okay?

LOS ANGELES – April 21, 2020 – WarnerMedia today announced that its highly anticipated streaming platform HBO Max will officially launch May 27th, 2020 and has unveiled its slate of premium Max Originals that will be available to viewers on DAY ONE. The slate includes the scripted comedy Love Life, starring Anna Kendrick; Sundance 2020 Official Selection feature documentary On the Record; underground ballroom dance competition series Legendary; Craftopia, hosted by YouTube sensation LaurDIY; the all-new Looney Tunes Cartoons, from Warner Bros. Animation; and Sesame Workshop’sThe Not Too Late Show with Elmo (full program details available below.) Starting May 27th, HBO Max will offer an impressive direct-to-consumer experience with 10,000 hours of premium content including the entire HBO service, together with beloved franchises, titles past and present from Warner Bros., the best of the best from around the world, and a monthly offering of new Max Originals which guarantee something for everyone in the house – from preschoolers to teens to grownups – with scripted and unscripted series, docs, animation for kids and adults, and movies.

Today’s announcement comes with an exciting first look at the line-up of Max Originals to debut on the platform on day one.

The Not-Too-Late Show With Elmo

“Our number one goal is having extraordinary content for everyone in the family, and the HBO Max programming mix we are so excited to unveil on May 27th will bear that out,” said Robert Greenblatt, Chairman of Warner Media Entertainment and Direct-To-Consumer. “Even in the midst of this unprecedented pandemic, the all-star teams behind every aspect of HBO Max will deliver a platform and a robust slate of content that is varied, of the highest quality, and second to none. I’m knocked out by the breadth and depth of our new offering, from the Max originals, our Warner Bros library and acquisition titles from around the world, and of course the entirety of HBO.”

“Consumers will quickly see that HBO Max is set apart by a foundation of loved brands built over decades but stitched together with a distinctive voice and product experience,” added Kevin Reilly, Chief Content Officer, HBO Max, President, TNT, TBS, and truTV. “Our team has meticulously selected a world class library catalogue and collaborated with top creators across all genres to offer a monthly cadence of original series and movies that we will program and promote for cultural impact.”

“It is thrilling to be approaching the launch of HBO Max so we can finally share the first wave of content our teams have been developing in partnership with a group of unparalleled creators,” said Sarah Aubrey, Head of Original Content, HBO Max. “The originals slate available at launch represents a diverse range of unique voices emblematic of the quality and scope of our programming still to come.”

After the initial launch, Max Originals will continue to premiere on the streamer at a regular cadence through summer and fall including The Flight Attendant, starring and executive produced by Kaley Cuoco, from Berlanti Productions and based on the novel by New York Times bestselling author Chris Bohjalian; the highly anticipated Friends unscripted cast reunion special; all-new original episodes of the critically acclaimed DC fan favorite Doom Patrol; the return of the critically beloved mystery comedy Search Party with a brand new season; the three-part documentary series Expecting Amy, an unfiltered and intimate view into comedian Amy Schumer’s life on tour creating a stand-up special during her difficult pregnancy; sci-fi series Raised by Wolves from director and executive producer Ridley Scott, the award-winning creator behind The Martian, Gladiator, and Blade Runner; the adult animated comedy Close Enough, from J.G. Quintel (creator of Cartoon Network’s Emmy-winning Regular Show), a hilarious look at the surreal life of a millennial family living with roommates; and Adventure Time: Distant Lands- BMO, the first of four breakout specials resurrecting Cartoon Network’s Emmy and Peabody award-winning franchise Adventure Time.

Inspired by the legacy of HBO’s excellence, unparalleled quality, and innovative, award-winning storytelling, the new offering will be bundled with the HBO service including all of HBO’s premium originals such as Westworld, Big Little Lies, Game of Thrones, Sex and the City, Veep, The Wire, Curb Your Enthusiasm, Insecure, Succession,Watchmen, Barry, Euphoria, The Jinx, The Sopranos and more. 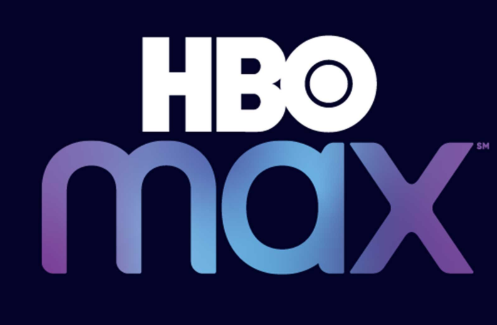 Highlights of the extensive WarnerMedia portfolio of programming and acquisitions that will be available on day one include the libraries of Friends; The Big Bang Theory; (new) Doctor Who; Rick and Morty; The Boondocks;The Bachelor; Sesame Street; The Fresh Prince of Bel-Air; CW shows such as Batwoman, Nancy Drew, and Katy Keene; the first season of DC’s Doom Patrol; The O.C.; Pretty Little Liars; the CNN catalogue of Anthony Bourdain: Parts Unknown; and much more. Soon after, the platform offering will continue to grow adding the libraries of South Park, Gossip Girl, The West Wing, and more within the first year of launch.

In addition to series, specials, and docs, HBO Max will feature a library of more than 2,000 feature films within the first year. Audiences will be able to watch 700 blockbuster films via the HBO service, including Crazy Rich Asians, A Star is Born, Aquaman, and Joker, as well as films acquired specifically for HBO Max via Warner Bros., the Criterion Collection, and the acclaimed Studio Ghibli. Streaming for the first time ever in the U.S., 20 films from Japan’s legendary Studio Ghibli animation house will be available on HBO Max at launch, including Academy Award® winner Spirited Away and Academy Award nominees Howl’s Moving Castle and The Tale of the Princess Kaguya, as well as fan favorites My Neighbor Totoro, Princess Mononoke, Ponyo, and Kiki’s Delivery Service. Fans of all ages will be able to enjoy these wonder-filled films any time they want.

In addition to the premium acquired content on the platform, the WarnerMedia portfolio gives HBO Max the opportunity to curate from 100 years of the most iconic films ever made, as well as access to a library of new theatrical hits. Available films will include Casablanca, The Wizard of Oz, The Matrix, The Goonies, When Harry Met Sally, The Lord of the Rings, Citizen Kane, Gremlins, and the Lego movies, along with every DC film from the last decade, including Wonder Woman, Justice League, and every Batmanand Superman movie from the last 40 years.

HBO MAX ORIGINALS AVAILABLE ON DAY ONE,  MAY 27th:

CRAFTOPIA
Craftopia is an epic kids crafting competition show hosted and executive produced by YouTube influencer Lauren Riihimaki aka (LaurDIY). Creating and demonstrating crafts to over 8.9 million subscribers on her YouTube channel, LaurDIY has been deemed the “millennial Martha Stewart” by Forbes. On Craftopia, 9 to 15-year old contestants put their imaginations to the test and make their crafting dreams come true in a magical studio. After racing to fill up their carts with inspiring materials from the studio “store,” crafters meet larger-than-life challenges, making truly inventive and amazing creations in order to take home the ‘Craftrophia.’

Craftopia is executive produced by Rhett Bachner and Brien Meagher for B17 Entertainment.

LOVE LIFE
Love Life, the first full-length scripted series to star Oscar® nominee Anna Kendrick, is about the journey from first love to last love, and how the people we’re with along the way make us into who we are when we finally end up with someone forever. This fresh take on a romantic comedy anthology series is from creator and co-showrunner Sam Boyd (In a Relationship) and is produced by Lionsgate Television and Feigco Entertainment. The series will follow a different protagonist’s quest for love each season, with each half-hour episode telling the story of one of their relationships. Anna Kendrick (Pitch Perfect, A Simple Favor) stars in the first season along with Zoë Chao (Downhill, Strangers), Peter Vack (Someone Great, The Bold Type), Sasha Compere (Miracle Workers, Uncorked), and Lesley Manville (Phantom Thread, Another Year).

The Not Too Late Show with Elmo is produced by Sesame Workshop.

ON THE RECORD
Directed and produced by Kirby Dick and Amy Ziering (The Hunting Ground, The Invisible War), and first reported by the New York Times, On The Record presents the powerful  haunting story of music executive Drew Dixon (collaborator on hit records by Method Man and Mary J. Blige, Estelle and Kanye West, and Whitney Houston) as she grapples with her decision to become one of the first women of color, in the wake of  #MeToo, to come forward and publicly accuse hip-hop mogul Russell Simmons of sexual assault.

The documentary, which premiered  at the 2020 Sundance Film Festival to rave reviews, chronicles not only Dixon’s story but that of several other accusers  –  Sil Lai Abrams, Sheri Sher–  delving deeply into the ways women of colors’ voices are all too often silenced and ignored when they allege sexual assault; as well as the cultural forces that pressure them to remain silent.

Does anything pique your interest? Has the pandemic hurt your wallet and need to pass on the launch. let us know what you are thinking.