HBO sure knows how to play it smart lately. I mean really, at what point do we just submit a petition to rename it the Jean Smart Channel? Because she brought fresh life to Laurie Blake on Watchmen, she’s continuing to provide the best sass as Mare’s mother Helen on Mare of Easttown, and now an even sassier role here on in HBO Max Original series Hacks as Deborah Vance. This woman better win an Emmy, because otherwise there will be hell to pay! In fact, I think we all better binge Designing Women to start our reacquaintance with the insane talent of one Miss Jean Smart. 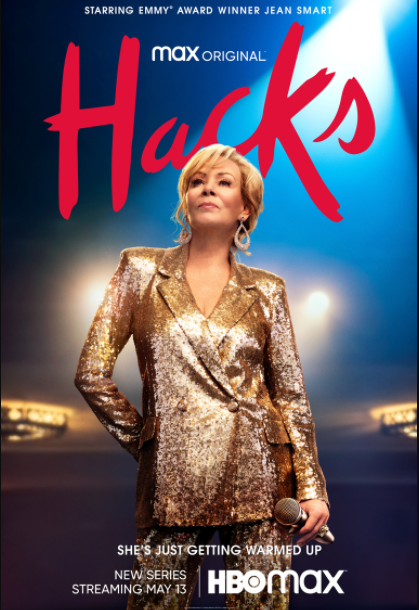 First of all, I’m insanely drawn to the show based on just the name. Hacks. What’s a hack? Per Dictionary.com, it is a person or artist or writer who exploits his or her creative ability or training to create dull, unimaginative, or trite work in order to make lots of money. As far as a name goes, it’s perfect and I love it. The two leading women of this show have their necks on the line and need to figure things out and this is kind of how they see each other.

First, we have the stunning Deb Vance, played by our equally stunning Jean Smart. She’s an entertainer, been in the business for years. The type who likes to mention she paid her dues and expects others to do so as well. She’s a comedienne and landing a standing gig in Vegas would be the silver platter for some performers. Others like Ava (Hannah Einbinder) learn the brunt of the business the hard way. Sometimes you say something, and people really, really don’t like it. Was she wrong? No. Was it funny? Ehh. But regardless, when you put something out on the internet people will react and unfortunately, sometimes you get f*cked. And I’m gonna be honest, I didn’t start liking Ava as a character until the very end of the second episode in the antique store. But let us rewind and go over a few things before we get to the vase hostage situation.

Okay, so Deb is a busy woman. She is going back and forth, doing comedy shows, doing QVC shows. This woman rakes in the dough and then sends it back out. She’s living a cushy life, but it’s a lonely one. We see her end her night at home alone with her dogs. Her husband left her…for her sister and now he’s dead. Can’t wait to get into more of that as the season continues, especially the part about burning down his house. But for the most part, we see a woman just kicking butt and living large. Until we see just how tenuous the thread is holding on. I loved her back and forth with Marty (Christopher McDonald) the hotel owner. She’s quick and sharp and I love women with wit.

Ava arrives and it’s all a mess but she needs a job and Deb needs someone to help keep her fresh. There aren’t many things funnier to me than two smart women swapping insults and wit. I always think of Steel Magnolias, “I love you more than my luggage.” Sassy women are awesome. I’m mostly saying that because I am one, but I digress. Ava’s smart but she made a kind of dumb mistake. Does she deserve to have her career ruined? No, but I’m also not seeing a ton of effort from 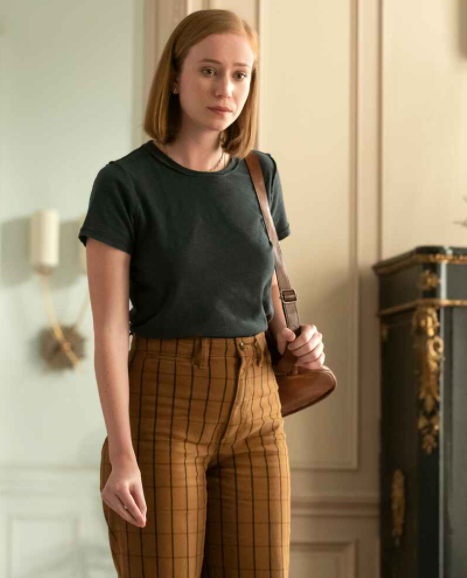 her to keep it going. She seems to kind of want stuff handed to her and that’s not gonna work for Deb. The biggest difference in their work ethic and little road trip to get to know each other is that Deb did the work and Ava didn’t. Ava hasn’t watched all of Deb’s work or studied her material. On the flip side, Deb read almost everything Ava ever wrote which is how she knows she’s getting reused material. Ava couldn’t even pick a single joke of Deb’s to quote. So already, we’re noticing the two not seeing eye-to-eye. While on their excursion, Deb wants an item from an antique store. She clearly has bad blood with the owner and can’t go in herself, so Ava does. It doesn’t work out but you wanted to get to know her, Ava. Now you do! She’s little bit kooky but also generous as heck and smart as a whip. So after abandoning Ava to figure it out, Ava goes back to the antique store and holds a VERY expensive vase hostage until she gets the pepper shaker. Now here is a character I can get on board with! She’s taking charge and starting to get with the program. You have a long way to go to get fully back into my good graces, Ava but it’s a start. Also digitizing all of Deb’s work, yes a chore but all I can think is how damn funny it probably is.

I really can’t wait to see how this show unfolds. So far, I’ve been stunned with Smart and her amazing comedic timing. I look forward to getting to know Ava better. I think I see some of myself in her. Funny but probably overshares too much, and I’m hoping to see more effort. Because this is an opportunity she can’t afford to pass up. She needs work and this is it right now. But my god, what I wouldn’t do to work with Jean Smart in Vegas as her personal joke writer. I’ll send a resume Jean, in case Ava doesn’t work out.

Find Hacks on HBO Max. It premiered on May 13, 2021 with a two-episode release. Two episodes will be released on a weekly basis through June 10, 2021 for the remainder of the 10-episode season.