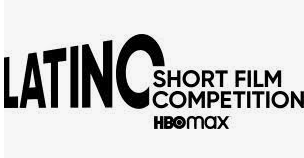 Warner Media and HBO Max have announced an expansion of their Latino Short Film Competition, partnering with six festivals across the US in order to elevate diverse voices on HBO Max’s streaming app.

From the Warner Press Release:

This year, the competition will seek films that explore the theme of “Community” from the unique perspective of a Latino American cinematic storyteller. Candidates interested in participating in the competition can enter via any of the six festivals listed below. The competition will culminate with seven winning films, which HBO Max and WarnerMedia OneFifty will license to premiere on the platform at a later date. Participating film festivals include:

Previous winners of the HBO Latino Short Film Competition films including: “Slipping Into Darkness,” “La Serenata,” “Pepito,” “1,2,3 All Eyes On Me,” “Rizo,” and “Princess Cut,” are currently available to stream on HBO Max. This month, HBO Max has added the the 2021 winners:

“Crabs in a Barrel”
Director: Michael León
Writers: Ashley Alvarez, Michael León
Summary: A jaded writer discovers that she has been robbed of her career-changing opportunity while attending her frenemy’s congratulatory event.

“Mi Casa”
Director: Kristina Arjona
Writer: Jocelyn Rick
Summary: Two sisters have been trapped haunting their former home for over a century. When a new young man moves in and tries to communicate with them through an ouija board, the sisters are at odds on how to proceed.

“When You Clean a Stranger’s Home”
Director / Writer: Sharon Arteaga
Summary: A first-generation high school student describes what she and her mom learn about people when cleaning their homes for a living. House decor and items left around convey a privilege that unveils her imagination, jealousy, and frustrations.