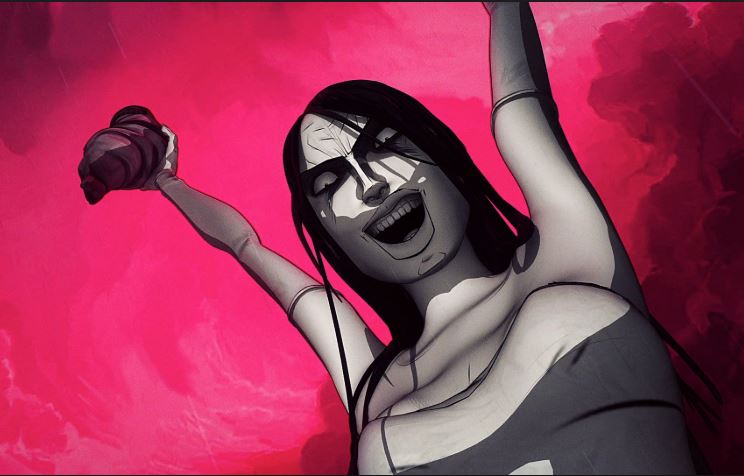 One of the most overlooked gems in HBO’s archive is its access to great international television/films. Growing up in Latin America, I had access to the local HBO channel in Spanish, and was able to catch a lot of US films, as well as Spanish-language programming. This Halloween, I’d like to draw your attention to a series of shorts from Argentina’s studioFREAK: Fantasmagorias.

The term phantasmagoria refers to an optical illusion, like creating a scary shadow on the wall by holding your hands up against a light. This is particularly significant in this series due to the fact that is focused on comic book illustration technique as much as it is focused on horror. The stories in Fantasmagorias are all pulled from Latin American urban legends. As most Latino kids will tell you, we received our horror tales from our Abuelitas, who were not unlike Game of Thrones‘ Old Nan. The stories feature familiar archetypes: the farmer, the businessman, the wife, the jilted lover. As urban stories often do, they place a universal character into a terrifying situation. As the narrator of Fantasmagorias like to repeat, these stories “really happened” to a friend of a friend. That’s what makes urban tales so terrifying: they are often passed off as true stories that happened nearby, when the truth is that they often didn’t happen, at all.

Fantasmagorias has a lot of fun with this motif. The unnamed narrator introduces all the stories with relish. The act of telling the story is as significant as the story itself. The enjoyment of the tale lies in the skill of the person that tells it to you. This is why these stories have spread across continents and time: people enjoy telling stories to each other. Often, these particular types of 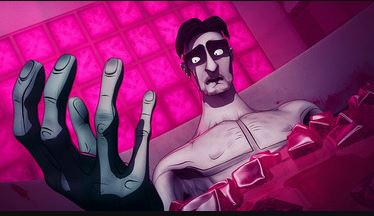 feature a moralistic bent. But whatever their morality, the stories always tap into universal fears: loss, betrayal, the ghosts of the dead. Though the series was created in Argentina, it makes a point of incorporating folklore and locations from throughout Latin America. These stories, like “La Llorona” (“The Weeping Woman”) are well known throughout Latin America, and they have been internalized and modified slightly for each country.

The stories are brought to life with gorgeous animation, modeled on comic books. The strong jaw lines and stark black and white remind me of Frank Miller’s Sin City series, except Fantasmagorias adds a beautiful streak of vibrant magenta throughout its tales.

Each episode in the series is under three minutes long. If I had one complaint, it is that I would love to see a full sized series episode for each story. By making them into shorts, the series sacrifices the build-up and the suspense, and ultimately, the horror of the tales. It looks beautiful, but it doesn’t have the time to create dread. The best horror builds, and the three-minute format works against the genre. 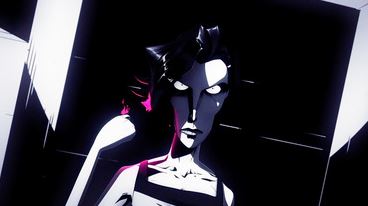 That aside, the series is definitely worth checking out. It refuses to sacrifice the gore and the violence of the stories (and there is A LOT of gore and violence). Hopefully, it would inspire viewers to check out the stories and folklore in general, which contain a great wealth of suspense and horror. The series is currently on HBONow and HBO platforms. If you want to watch the original Spanish language shorts, you can visit studioFREAK website.

A total of twelve episodes ran over three seasons and breaks down as follows:

Season One – “The Weeping Woman,” “The Babysitter,” “Organ Theft,” “The Whistler,” “The Ghost Passenger”