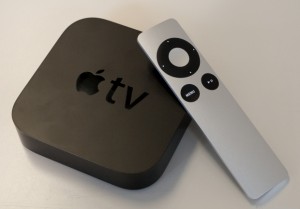 Reports have been circulating this weekend that HBO Go may finally make its way onto one of the last holdout systems not yet capable of streaming the premium cable’s shows: Apple TV.

Due to what are most likely licensing conflicts HBO has been unable to offer HBO Go on Apple TV dispite the fact that it’s available on iPad, iPhone, Roku and almost all other devices with an internet connection and a screen.  But regardless it looks like the long wait is over for those of you HBO fans using Apple TV as their primary form of streaming.

You will of course still need an HBO subscription but we know that some people practically live through their Roku or Apple TV boxes so this will come as a welcome addition to the living room experience.

This information originates from Bloomberg online citing “two people familiar with the plans”.  I don’t see any reason to doubt it but this is far from an official announcement at this point.  We’ll bring you that when HBO or Apple themselves make it official.

Earlier this week HBO’s new CEO flirted with the idea of HBO Go as a standalone service.  Okay, so maybe he didn’t flirt with the idea.  He just smiled at it from across the room with a knowing look on his face.  Or something.  Hey, a girl can dream can’t she?  Our bodies are ready, HBO.