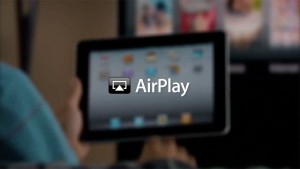 Speaking at Dive into Media conference today HBO president Eric Kessler announced that, as of today, HBO Go for the iPad and iPhone will now support Apple’s AirPlay.

For those of us who aren’t as technically inclined as the parents we’re borrowing our HBO Go logins from: Apple’s AirPlay allows video to be streamed wirelessly from your Apple mobile devices to your home television sets (via the $99 Apple TV device).

Check for this functionality right now because the president says it should be available imminently!

Just last week we reported that HBO Go would make its way to Apple TV in 2013 and this announcement fits nicely alongside that one. Kessler said that the goal is to eventually offer HBO Go accross all screens, all platforms and to HBO’s credit that seems to be happening rather quickly over the past year with moves towards video game consoles and other devices.

Are there still places where you’d like to see HBO Go where you can’t get it? Let us know in the comments.