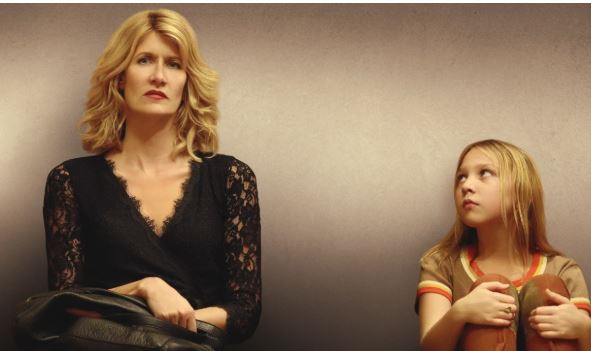 “We tell ourselves stories in order to live.”

Sometimes, when we experience something that we know to be wrong, alarms go off in our heads, our bodies recoil, our inner voices scream. Other times, a wrong slowly worms its way into our lives, making us so familiar with it, layer by layer, that we don’t recognize it for what it is until it’s too late if we ever recognize it at all. Individuals and nations alike have slowly succumbed to 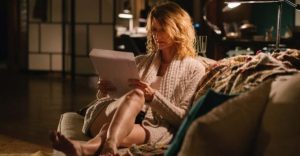 atrocities, ever so incrementally. Jennifer Fox’s film The Tale is about the latter phenomenon, and it’s actually two tales: the story of a crucial series of events in Fox’s own childhood, as well as the story of her reckoning with those events as an adult.

Laura Dern (Big Little Lies) stars as the writer/director’s onscreen counterpart. A documentarian, Jenny spends her life listening to people tell their stories. One day, she receives an agitated phone call from her mother (Ellen Burstyn), who has found a story that Jenny wrote when she was 13. The story is deeply disturbing to her mother, Jenny explains to her boyfriend Martin (Common) because her mother was unaware that Jenny had a relationship with an older man (Jason Ritter). This framing of the narrative turns out to be deeply significant. As Jenny begins to recollect the events of that summer when she was 13, we realize that she’s woven a tale not only for her mother, or her boyfriend but for herself.

When she initially reaches back into her memory, Jenny is played by Jessica Sarah Flaum, who would have been about 18 when the film was shot. When Jenny’s mom shows her a picture of 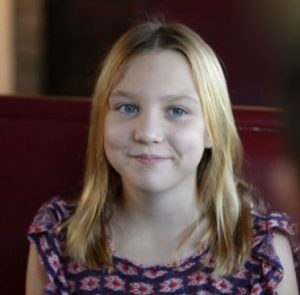 Jenny at 13, she realizes to her horror that she did not look like a mature, blossoming teenager; she looked like what she was: a child (played by Isabelle Nélisse, who was the age of the character). Jennifer Fox has stated that she was asked to cast an older girl to play the young role, but it was crucial that a child play this part. By having older teens play children in movies, we often forget how little children actually are around that age. Having Nélisse play little Jenny not only highlights the shortcomings of memory but the shortcomings of film tropes. The tale Jenny tells is not, as she told Martin, about a relationship with an older guy; it’s about childhood abuse. It is also a tale that Jenny changed during the course of her life.

Not surprisingly, the film is deeply personal and disturbing. Though it is likely that people will focus on the more shocking elements of the childhood story, I find it very interesting that Fox chose to tell the tale of her adult journey into her memories. In her initial drafts, Fox wrote only the earlier part of the tale, in chronological order, then realized that she could do so much more by exploring the adult that she became as she continued to negotiate and re-negotiate her feelings and perceptions about the past. The film becomes much more complex as a result. It is a very accomplished meditation on the very nature of memory and identity.

Dern and the cast all bring great subtlety to the material. As director, Fox brings something new to the table: a victim’s perspective. During the history of cinema, most tales have been told by men; and the camera’s eye has reflected this. The notorious male gaze in film has made audiences complicit, as we watch female bodies in tight close-ups before and during the violence that is committed against them. When a killer, a molester, or a rapist stalks on film, we often see their point of view. In the hands of another filmmaker, The Tale would have taken a Lolita-type pleasure in sexualizing the form of a young girl. Not so with Jennifer Fox’s film. As a woman, and as a teller of her own tale, she shifts the cinematic point of view to Jenny; we see events through her eyes, and her recollections (which are not always accurate but are nevertheless her own). Little Jenny is never served up for our gaze, not her body objectified for our pleasure. Rather, other characters are seen by Jenny and speak directly to the camera, which stands in for her. Off-screen, Fox took great care with her child actor, shielding her from the uglier parts of the story, and understanding what so many artists have failed to understand before: that ethical concerns can be addressed while making art.

The Tale is a striking autobiographical film, one that adds a lot to the genre and the medium. I highly recommend it. It is available on HBO and HBO platforms as of May 26th.