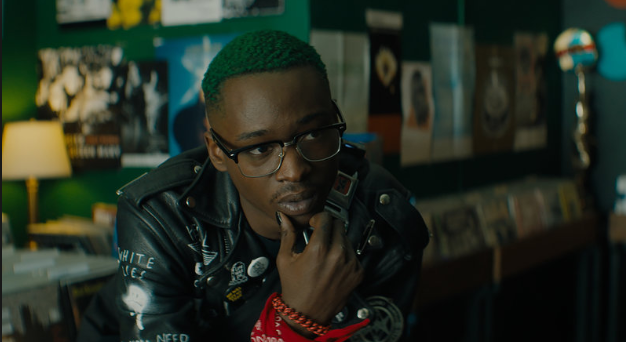 We’ve always told you that an HBO Films presentation was content not to be missed and that holds true for the latest movie made exclusively for HBO subscribers with HBO Films: NATIVE SON. It debuted 04.06.2019 and is a film based on the Richard Wright novel of the same name. It tells the story of Bigger Thomas as he makes his way through life in inner-city Chicago. The Rashid Johnson directed film takes the novel, written in 1940, and updates it to modern day and proves that the black experience of today isn’t much different from back then.

Of course, there is going to be plot differences and I’m not sure what they are, but the movie does seem to set up the story in chapters. Those chapters are titled Fate, Fear and Flight. The story gives us the life perspective of Bigger, this native son of the poverty and plight that is his situation. The role is played by Ashton Sanders (who stood out in the award-winning Moonlight) who puts up a strong performance here. We watch his life play out and also hear his voice-over narration of some key thoughts on Bigger’s mind.

Fate – In the opening chapter we learn Bigger is living at home with his mother Trudie (Sanaa Lathan) and younger siblings; his father is deceased. Bigger ekes out a living as a bike messenger about the city but often finds time to hang out with girlfriend Bessie (Kiki Layne). This is a boy who thinks he is in control of his fate from here on out. Yes, he was born of a certain genetic niche and born into a certain cultural and economic construct but beyond that, he is in control of how his life will go. He alone will determine his fate. 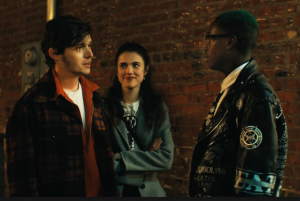 A better opportunity of employment seems to be an option before him His mother boyfriend, played by David Alan Grier, lines him up for an interview as a chauffeur for an affluent white businessman. Also, before him is an opportunity with friends to rob a convenient store that does cash only. It would be easy money. He comes to a figurative fork in the road as he decides his fate. His cohort Jack says he is not a “true black man” (my language not his) if he doesn’t do the heist and say true to his roots; that he is not a “true black man” if he takes the job as a white man’s servant.

Fear – Bigger takes the job interview and gets hired on the spot by a Mr. Dalton (THE NIGHT OF’s Bill Camp) complete with the use of the car off hours, a room upstairs and good money in his pocket. He is also expected to chauffer Mrs. Dalton, who is blind, and the daughter Mary who is played by THE LEFTOVER’s Margaret Qualley. We learn why the chapter is titled what it is in a few ways. Bigger has the fear of making the right choice, fear of fitting into the affluent household and fear of being further called out by his neighborhood & friends for taking the job. It is all subtly played out by Sanders making a solid performance of it. 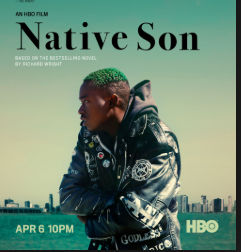 His biggest fear is in how to deal with Mary. She is a loose cannon and party girl. Instead of going to the places she tells her parents she going to she’s off partying instead. Does Bigger sit is the car and wait or does he go inside? It is awkward at best. One time Bigger goes to a party with Mary and her boyfriend Jan (Nick Robertson) and they take drugs and party Things turn ugly and Jan blows up when he catches Mary making out with another guy. Bigger defends and comforts Mary all the while worried that he’ll lose this cushy job over it. He gets her home but can’t calm her down as she ends up outside in her underwear singing & giggling at a late hour. He finally gets her to her room to try to settle her down and that is when the situation really escalates.

Just what happens leads to a huge spoiler I won’t give away, but the end result is not good for either of them. It takes us, however, to the last chapter.

Flight – It all turns horribly wrong and Bigger ends up hiding out. He even hustles Bessie along with him. This last chapter is the shortest of the three and really kind of unfairly rushes the story along at this point. At one moment we briefly have Jan being the accused. At one point we have Bessie challenging Bigger for the 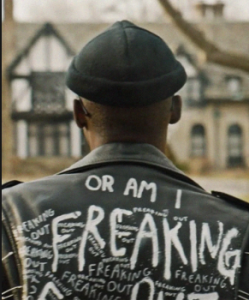 truth. In my opinion, this rushed last chapter ruins the tone & pace of the whole thing. It minimalizes the whole situation that was built up. It is as if to say ‘What is Bigger’s fate? Well, let’s just rush through the process that gets us to that decision, why don’t we?” A somewhat stereotypical construct doesn’t help either.

How is Bigger being in control of his fate now? Would her have better off staying true to his station and robbed the store than take the job he did? What happens to this native son? There are moments for thought like that throughout. There are moments that look at the racial & social traps of the world’ even thoughts of sexual tension and work ethics come to play. The occasional stylized imagery that comes into play at odd times doesn’t help the story at all. It almost seems to take the young man out of his reality while the truth is, he is very deeply entrenched in it.

I can’t tell the whole story here. Seek out HBO Films: NATIVE SON on HBONow/Go and take in Bigger’s story yourself. Even if you read the book this is bound to be a gripping interpretation. Not perfect in its execution but a gem just the same, especially the story arc of Bigger & Mary’s interaction.