“I hate you Bonnie. I hate you” were the words many rape victims heard their attacker spit out while he prowled their homes. Forty years on, Bonnie Caldwell tells her story. A story of a controlling college boyfriend, a man who didn’t like to hear ‘no’, from a military background, with strange and abusive method of engaging in sexual activity with a partner, a man who appeared at her window in the middle of the night with a gun. The man, Joseph James DeAngelo would go on to rape 50 women and murder 13 people. He would be known as the Visalier Ransacker, the East Area Rapist, the Original Night Stalker and finally The Golden State Killer. His 12 year reign of terror ended in the mid-eighties and since then he had remained undetected by police, growing old in a modest house in the Citrus Heights neighbourhood, mere miles away from his victims who’s live would be forever changed by his assault. Before all of this, he was Bonnie’s controlling boyfriend and she had no idea that when she broke up with him, how much she would be involved in his story.

I’ll Be Gone in the Dark concludes with a finale that restores the narrative with the victims, for DeAngelo was arrested for the crimes he committed. However, the list of victims he leaves behind far extends that of the police reports for his actions have not only affected those he raped, but also every person they have come in to contact with since, his own family who were clueless to his crimes and of course Michelle, Patton and Alice. There are three narrative strands to this episode. The women who he raped and the surviving family members of those who were murdered all come together at his initial hearing and for the purposes of the documentary. 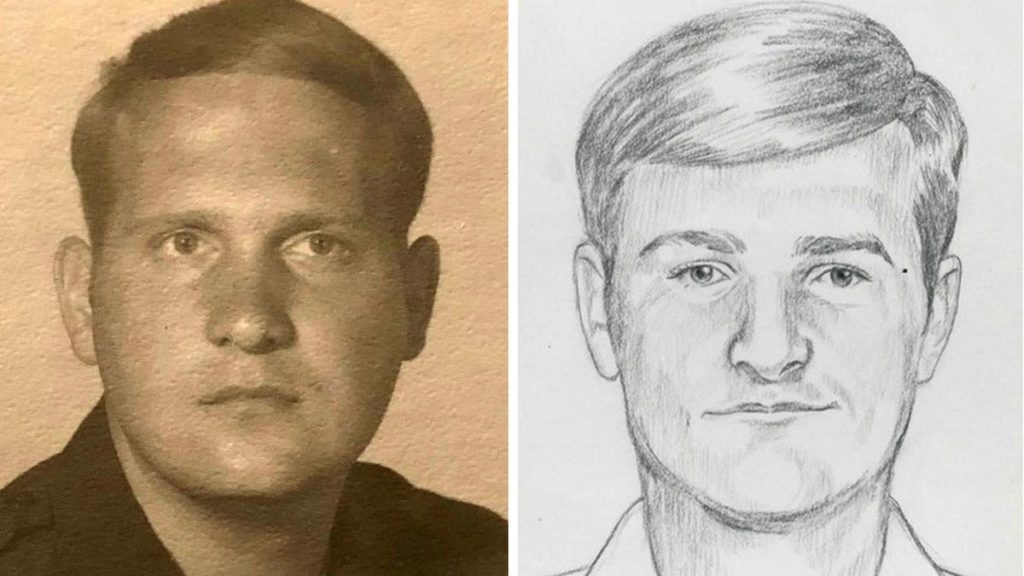 The most pertinent moment of all was at a true crime convention when Patton met Melanie Barbeau, Kris Pedretti and the woman who was DeAngelo’s first rape victim. Melanie is only known in the book as the Social Worker and the other two women were given pseudonyms. Seeing Patton so overwhelmed to meet these women who’s stories were such a central part of his and his wives lives was a touching moment and served as a painful reminder of how tragedy can bring people together. The women join together at the end at Pedretti’s house, the women identify themselves to each other by number, which rape they were. There are mixed emotions at play here, some of the women are pleased he has been caught and others find it hard to understand how they feel. Their attack, a single night in their lives when they were so young, has had a profound impact on their entire lives. They cannot just get over that and move on, but they have tried their best to live their lives to the best they can. To be as happy as they can be. These women were tormented and stripped of their dignity and now, as older women, they have found family and friendship in each other. A strange bond. Seeing them walking into the courts you could have mistaken them for a group of retirees on a day trip, but what unifies them is something unimaginably dark. 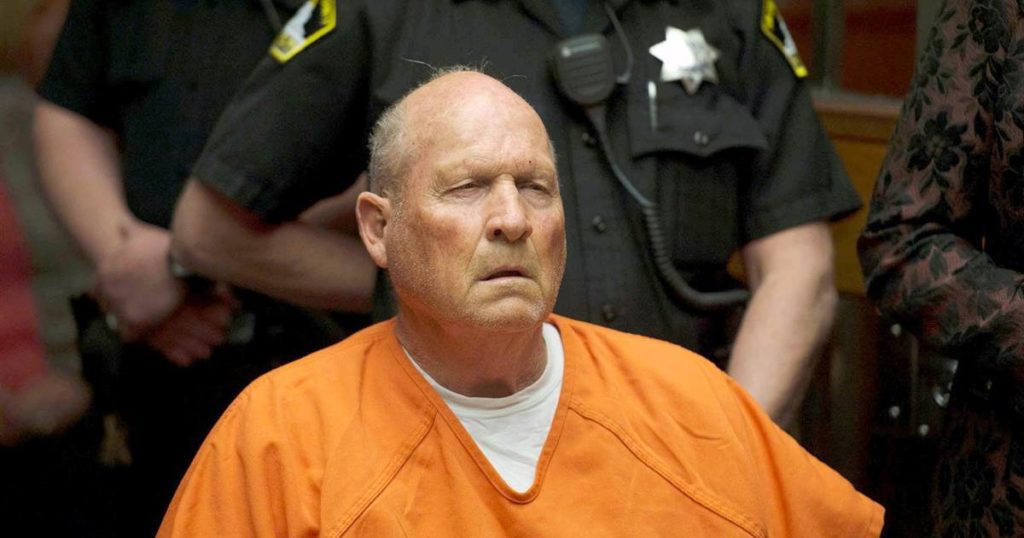 It is Gay and Bob Hardwick who will stay with you as the credits roll. They find out at the gathering that they are the only couple who stayed together after their ordeal, something that noticeably surprises Bob but also fills him with a conflicting momentary sense of pride. Gay tells us that after making the documentary she was forced to face things she hadn’t faced in forty years and has since taken the decision to receive some therapy. Upon hearing that DeAngelo was arrested, she and Bob decided to fulfill a lifelong dream and go to Paris. They have tried to live on, to move on and to live a fulfilling life and now he has been caught, she feels she has been released. Despite the episodes mostly uplifting tone there were some deeply dark moments in this episode, from the nephew and cousin of Joseph DeAngelo who bravely came forward for the documentary.

DeAngelo’s nephew, Wes Ryland, recalls Uncle Joe as a happy, fun uncle. His mother was Joe’s sister and on her deathbed she told her son that their family has a lot of secrets, but no one could have known what these secrets may be. Wes, who speaks with such a steady and softened tone, recalls a story of his mother who was raped by military officers when she was 7 years old. He tells us that watching this happen, in the dark, was her brother Joe. Ryland upon learning this and learning what his uncle had been

doing during those 12 years in the 70’s and 80’s, was deeply shocked. He had absolutely no idea. His uncle, who was a cop, with daughters and grand daughters of his own couldn’t possibly be the same man who raped innoncent young women and girls and murdered couples in their beds, but he was. Equally as shocked was DeAngelo’s cousin, Lisa Ortiz who saw Joe as a second father, tells of her own experiences. She too was raped by two boys when she was a teenager and was abuse by her father. DeAngelo took her in to live with her and take care of her and she recalls he showed her nothing but the love a father would give his own child. Between 1981 and 1986, when she was living with him, he didn’t murder or rape anyone. When she moved out in 1986, he murdered for the last time – 18 year old Janelle Cruz. Citizen Detective Paul Haynes goes through the attack timeline with key moments in DeAngelo’s life. What is deeply chilling is that when his daughters were born, the attacks would stop for a bit. When his wife was pregnant, they would start up again. There is a shocking correlation between the two. He became a cop, got married, had children and all the while he was raping and murdering innocent people in his neighbourhood.

The story plays out like a film and Michelle’s book is something of a masterpiece in the way she manages to weave her own story and his together. However, the documentary itself is not very well made. The subject matter alone is interesting enough to maintain engagement but despite having a wealth of material to work with, the series felt very messy and fragmented. The structure bounced all over the place, there were text messages, reconstructions, voiceovers from Michelle, voiceovers of Amy Ryan reading the book – it was too much. Sometimes you would be listening to someone speaking and not know who it was. The message was totally lost in some episodes and others felt completely pointless. The story could have been much more impacting had it been told over four episodes as the series started to drag in the middle when the focus was too heavily on Michelle’s death and substance abuse.

Michelle, the heart of it all, was a dedicated Citizen Detective a loving mother and wife, an author, a storyteller, a dreamer. She became overwhelmingly obsessed with something and she found others along the way who were just like her. Her intelligence and drive lead her to uncover interesting and important information and other agencies became interested, she wrote a high profile magazine article and a book deal. Everyone around her were feeding off her knowledge, pushing her deeper and deeper to find the answers. She wanted answers not only for herself but now for everyone else who were willing her to solve the case. No one could have known that she would have accidentally overdosed or that her reliance on drugs was becoming stronger but that doesn’t make her death any less tragic. Michelle is at the centre of every conversation at the survivor’s meetings, her book gave them all a voice, she spent time speaking with them and transcribing their words. Melanie repeats the sentiments felt by many to Patton at the convention ‘I wish Michelle was here to see all of this’.