The episode this week felt oddly messy, despite being directed by Josh Koury and Myles Kane, the pacing and tone of this episode was a swing and a miss. The episode lacked any kind of specific focus and reconstructions played out frantically. The title would suggest that the episode was about the huge amount of information Michelle was allowed to access, all of which related directly to EAR/ONS attacks and she briefly discusses links to another unknown offender known as the Visalia Ransacker. However, little attention was paid to the motherlode and what it may have offered Michelle in terms of advancing the case and instead it was a much more personal expose of Michelle and her mental state. 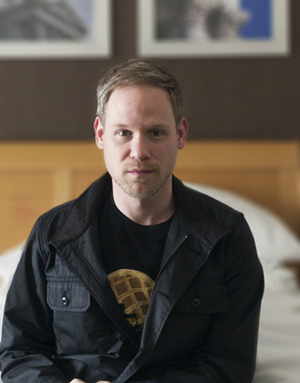 The show’s producers are very fortunate to have a trove of text messages, voicemails, emails, voice recording and home video footage of Michelle which they have used to inject her voice into each episode seamlessly. The texts show up on the screen with montage imagery behind helping you to visualize the conversation and there is recordings of voicemails Michelle has received from family and friends that are also played out. With all of this available to them, it felt like the episode was very heavy-handedly telling us that Michelle took a lot of medication for anxiety, depression and sleep disorders for we see mention of this in several texts and emails. This coupled with her book deadline and the obscene amount of information obtained from the Police Department, she is quite literally entirely consumed by the case. Her struggle is highlighted by friends and family who noticed that she was becoming more than obsessed, for what started as a simple hobby pursuing cold cases had turned into a high profile magazine article, a book deal and a whole community of followers on the internet keen to discuss theories. She was no longer doing this just for her, she was doing it for everyone else as well and the time she spent on it was overtaking every other aspect of her life. Spending that much time looking at crime scene photos, reading the detailed autopsy and police reports and witness statements is undoubtedly going to take a toll on someone’s state of mind and Michelle wouldn’t allow herself a break. 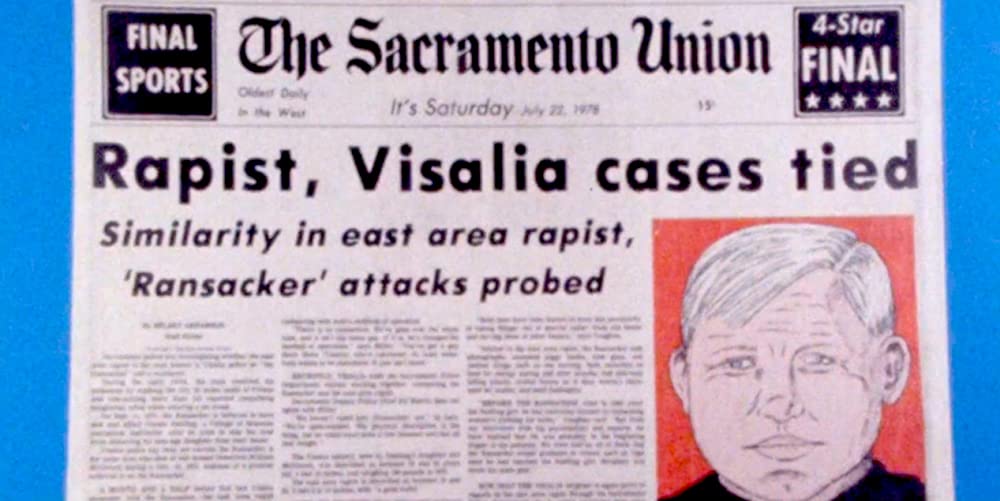 There were more text messages in this episode than any other so far and these highlight how much of her relationship with Patton had moved to chatting on their phones, presumably because they were spending a lot of time apart. However, the reconstruction of some of these were really quite messy, with texts bouncing back and forth, voicemails playing, reconstructions in the background – there was too much going on and too much of this episode was in this format. The reconstruction of picking up the motherlode was a bizarre artistic choice as it played out to corny police music as Amy Ryan reads from Michelle’s book that it played out like a heist. Along with this and the links to Michelle realizing she was raped when she lived in Belfast felt like filler material in an already tedious instalment. It’s unclear whether or not the reason for mentioning Michelle’s assault was a way of justifying her obsession with the case, Michelle didn’t explicitly say so and neither did anyone else which would lead you to believe that there isn’t a link, so its inclusion in this episode felt wrong. 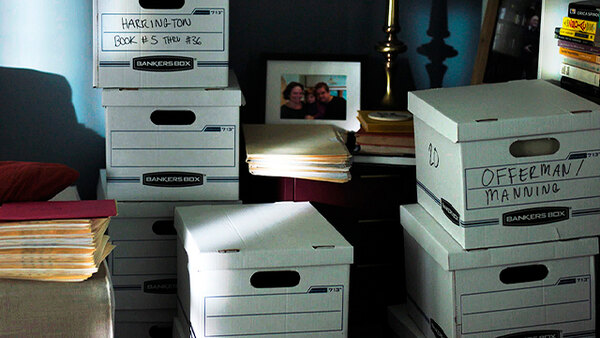 The rape, thedrugs, the lack of sleep, the grizzly details of the case, the strains on relationships, the mountain of boxes of evidence, the creeping depression were all leading up to the episodes final moments. It felt as though all these things were pushed into the forefront as a way of saying ‘look at what she was doing to herself’ and in fact, it doesn’t paint her in a particularly good light, that her desire to find out the truth and seek justice for 50 rape victims while also writing a book and looking after her daughter was the reason behind a careless moment. There’s no denying they were contributors but it feels unnecessary for the focus to be on that for an entire episode. Not only does it put Michelle in a bad light but also Patton, her sisters, friends, colleagues and her publishers for not recognising and intervening. Stopping her from working, forcing her to take a break, sitting her down and telling her they were worried about her. The documentary doesn’t tell us whether or not that happened and instead, we are lead to believe that no one tried to help her, that everyone just wanted her to keep going until she solved the case.

The episode ends with her death. Something we knew was coming, however, the tone again felt all wrong here. It was almost like a cliff-hanger to a hard hitting drama than a tragic accident. They played out a recording of Patton’s 911 call and showed text messages he sent to her the morning she died. Focussing on the emergency of the moment itself felt unnecessary and overdramatic.

This episode did very little for the story Michelle worked so hard to tell and barely even focussed on the case itself. However, readers of the book will know that some very interesting events will be transpiring in the final two episodes.