Earlier this week Joseph DeAngelo, now an infirm old man, was wheeled to the stand in a courtroom and in his signature hushed, delicate tone he admitted to the murder of 13 people. While he may have evaded the death penalty, DeAngelo will see out his days in prison. An almost anti-climactic end to one of California’s most prolific serial rapists and killers but an end that would not have come had it not been for the obsession of Michelle McNamara who stumbled upon the case in 2011. Her enviable intelligence and unrelenting attention to detail led her to become merely months away from staring DeAngelo – the Golden State Killer – in the face, had it not been for her tragic death in 2016, only two years before the arrest. 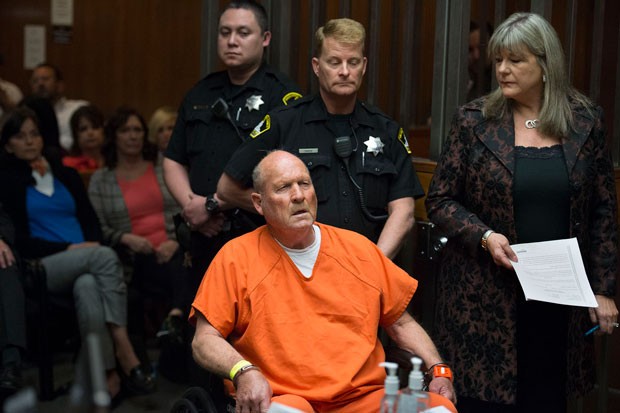 I’ll Be Gone in the Dark premiered this week with an episode that not only introduced us to the East Area Rapist (EAR), or Original Night Stalker (ONS),  but more importantly introduced us to Michelle. While this series is as much about the EAR and his victims, I’ll Be Gone in the Dark is Michelle’s story. The first episode perfectly begins weaving Michelle and the EAR together. Michelle, who is unapologetically obsessed with true crime was blogging about it before it was cool. Long before Serial came along with Adnan Syed and before Netflix introduced us to Stephen Avery. In fact, way, way back in 2006, Michelle started her blog TrueCrimeDiary where she would recall unsolved crimes with such irreverent detail that can only be comparable to Truman Capote’s In Cold Blood. She breathed life into police reports and newspaper articles and found personality in the victims, she visited crime scenes to understand the locations so she could write about them realistically and it consumed her, irrevocably. 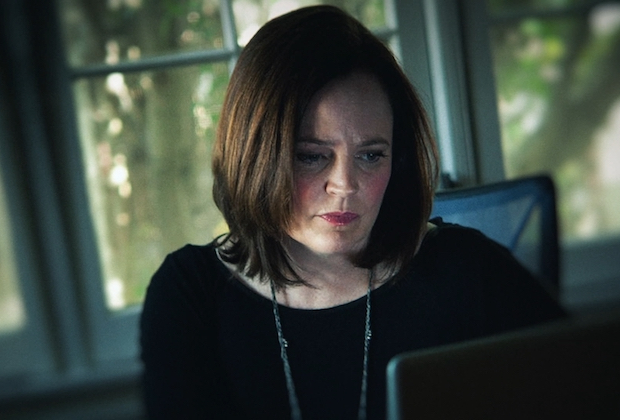 The ‘Golden State Killer’ was an epithet coined by Michelle. When she first discovered the cases of unsolved rapes of over 50 women, the murder of a least 10, and potentially over 100 burglaries, all in the late 1970’s and early 80’s in the Sacramento area by a man who until this day had evaded capture, she was hooked. As if someone had mainlined case files into her veins she devoured notes, articles, online forums – anything she could get her hands on, she was an addict, not able to rest until she was jittery from adrenaline and caffeine consumption. So much so that she perhaps knew as much about the case as any detective working on it. There are remarkable people in this world – Olympic athletes, Nobel Prize winners – people who are so consumed by a passion that it separates them entirely from the rest of the world. Michelle was one of these remarkable people. She had an obsession in true crime and she poured every ounce of herself into that. Setbacks didn’t phase her, she was happy to contact detectives, reporters and victims to find out everything she could. But why? Why did she do this? What was driving her? As she mentions in episode one of the series, it is simply to find out who this man is and bring him to justice – a simple and admirable purpose, fitting for a humble crime writer. 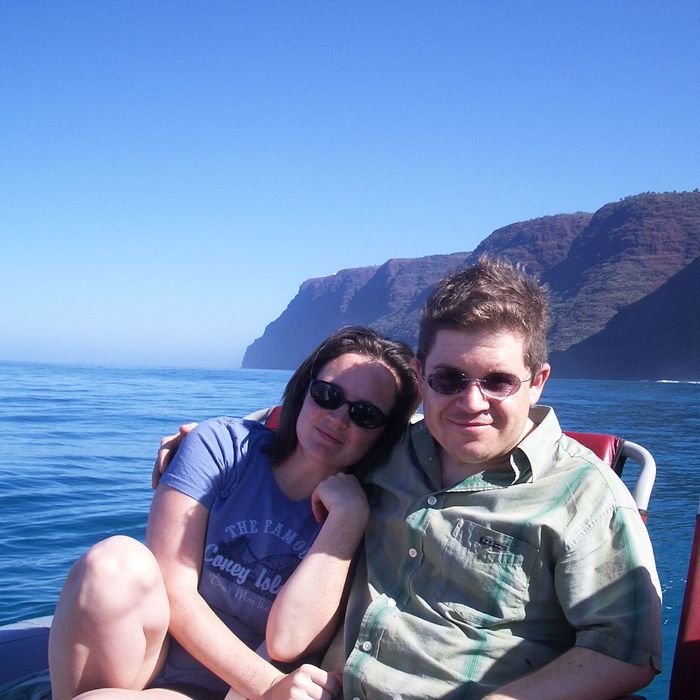 As well as showing us the extent of Michelle’s obsession, the series premiere also introduced us to the other side of Michelle, the wife of actor and comedian Patton Oswalt and the mother of Alice. The documentary is rich with material of Michelle at home chatting about the case, interrupted by her daughter pulling at her legs, or footage of her accompanying her husband to glamourous award ceremonies. All the while, you can see that something else is consuming her, and would continue to consume her until her death. The documentary seamlessly edits together archive footage with interviews with Patton and her closest friends to paint a picture of a humble, kind and loving woman who had a deep, dark obsession with serial killers. This feels important, this story is incredibly personal because of the nature of Michelle’s attachment to it and the impressive effort she went to, to uncover evidence that would eventually lead to the arrest of Joseph DeAngelo, although she would never actually know of it.  With Amy Ryan reading passages from her book, almost as a narrator, Michelle’s voice is very much at the heart of the documentary. This is as much about her as it is about him.

In her book of the same name, I’ll Be Gone in the Dark, seeks to give a voice to the victims of the EAR/ONS and some of the 50 women raped by him feature in the series. In episode one, we are introduced to three of these women who bravely confront their assault over 40 years on. These women who are now reaching retirement age are seen digging through old boxes of photos and stirring up memories from the past. Two of these women show us photos of themselves when they were young, at the age they were raped by DeAngelo and remarkably the photos we see were taken only weeks after their ordeal. The juxtaposition of the young, smiling girls in the pictures and the middle-aged women reliving their trauma is deeply emotional as they look despairingly at smiles shrouding their pain and they revisit the moments that changed their lives forever. This is a powerful element of the first episode and something that will undoubtedly become commonplace in the preceding episodes. Michelle spent time on her victims’ stories in her book, she told us who they were, what their hobbies were, their lives, their house, their friends and family. She wove together all the information she could find to represent them realistically, rather than just as victims of rape, these were real women with real lives, which makes their attacks feel more personal to the viewer. 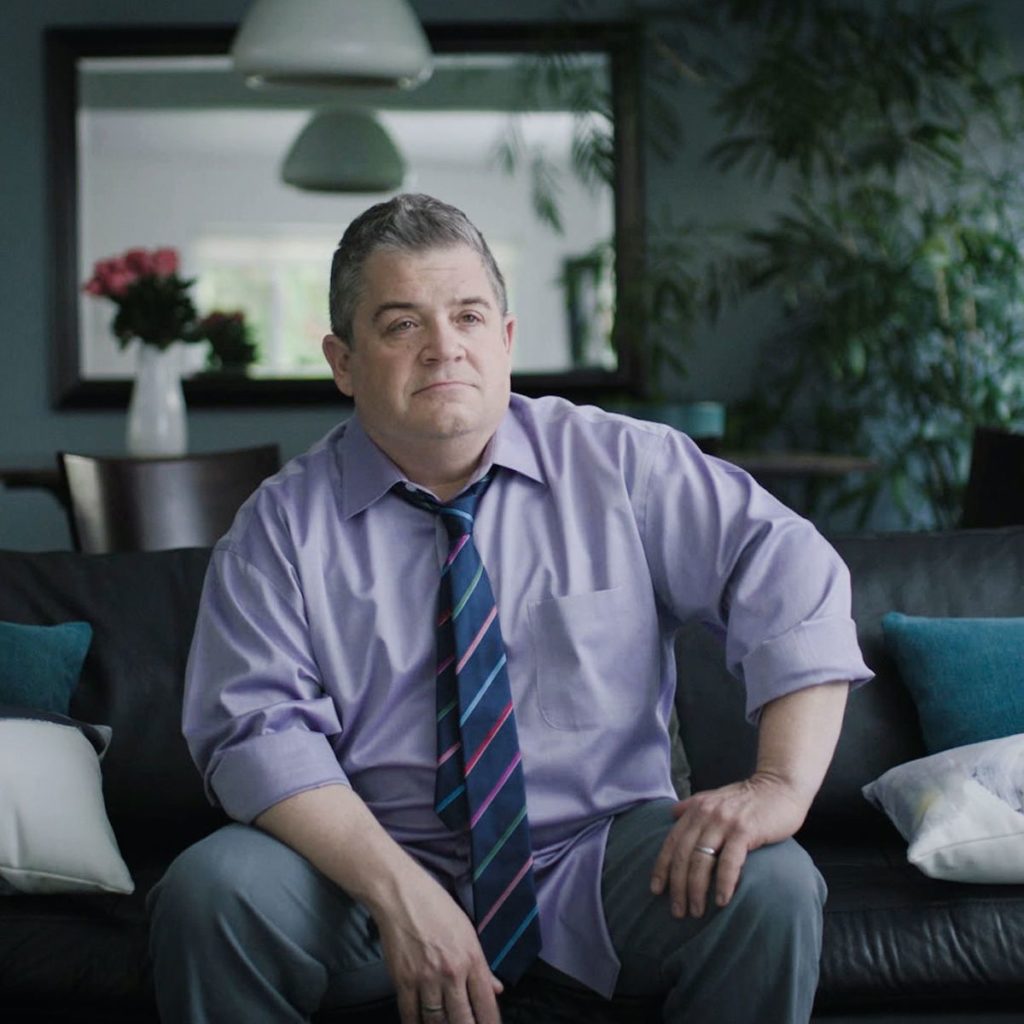 Unlike the true crime documentaries of recent years, this case has been solved. But, much like true crime stories of recent years, there was a band of loyal internet sleuths seeking the truth at the very heart of it all. Michelle spent much of her time on these message boards, communicating with various other experts, namely Melanie Barbeau and The Kid, who would prove to be invaluable allies in her hunt for the truth. The documentary does not point aim at detectives who were unable to do their jobs properly but rather serves to show how much manpower and dedication it takes to hunt down someone who has evaded capture for over 40 years. The episode ends as Michelle finds out that LA Magazine has agreed to run her story, In the Footsteps of a Killer, which would eventually become her calling card sitting her firmly in the throne of the True Crime Queen.

I’ll Be Gone in the Dark has spent its first episode introducing us to Michelle and the very early cases of the EAR/ONS that grasped her attention. The preceding episodes, I imagine, will lay heavy focus on the case and its victims however it was vitally important that in episode one, we know who Michelle is and how important she was to this case. The series is based on her book and her story and even though she never knew it, her work is what leads to Joseph DeAngelo being behind bars today, but that is all to come.

I’ll Be Gone in the Dark continues on HBO on Sunday 5th July at 10pm.