Sundance, Telluride, Toronto, Tribeca, etc.; there all always film festivals about where new independent films get shown and bought. HBO has recently

obtained the television rights to a few documentaries that have surfaced on the festival circuit as of late. You can look forward to seeing them air on HBO sometime in 2013.

Here is another look at the most famous Marilyn out there – Marilyn Monroe. The documentary, from the Oscar® nominated director, Liz Garbus, had its premiere at the Telluride Film Festival and had another viewing at the Toronto International Film Festival because no one can get enough of the blond bombshell. 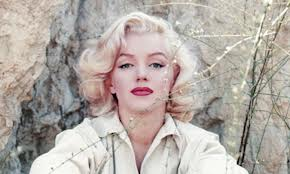 The film, which happens to coincide with the 50th anniversary of her death, features Monroe via footage and audio plus gleans information about her personal side through Marilyn’s own handwritten letters, diaries, notes, poems and notebooks. A number of celebrities put voice to those writings plus also give testimony and insight into her life from their perspectives.

There is also plenty of archival footage featuring husbands like Arthur Miller and Joe DiMaggio; and industry colleagues like Truman Capote, Norman Mailer and Elia Kazan to add to the retrospective. Director Garbus says “the film was an incredible journey and I’m so happy to be continuing it with my HBO family who has embraced the film in an extraordinary way.” No actual air date has been set but we will look for it in 2013.

HBO will fit into its lineup a look at the job of the casting director in an upcoming documentary. It premiered at the Toronto International Film Festival, where HBO obtain the U. S. television rights, and will be aired at the New York Film Festival as well. 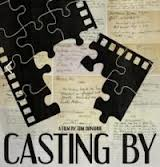 A brief description via the press release tells us that a “fast paced journey through the last half century of Hollywood history” will be viewed “from an entirely new perspective.” It will examine the job of the Casting Director and will feature such professionals as Marion Douherty and Lynn Stalmaster explaining their talents. In doing so we may see footage from some of the movies they cast like “The Graduate” and “Bonnie and Clyde” and some discovered young actors of the time like James Dean, Robert Duvall and Gene Hackman.

Also in the documentary will be such filmmakers as Martin Scorsese and Woody Allen and such performers as Bette Midler, Clint Eastwood and Al Pacino. They, no doubt, will remind us how important the casting director is to the process or tell us how they were discovered by those whose name appears in the credits under the title Casting By… Producer Tom Donahue says “We could not be more excited to have found the perfect home for our film at HBO.” Look for it in 2013.

Oscar® winner, for “Taxi To The Dark Side”, Alex Gibney’s latest documentary will be making its way to theaters in November of this year. After that it is said to make its run on HBO in early 2013. This film must be one hot topic because it just premiered on September 9th at the Toronto International Film Festival and it’s already on its way to wide release. 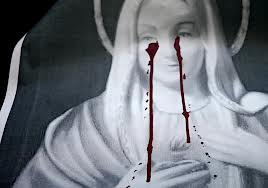 What is the topic? Oh, how about just the abuse of power in the Catholic Church around the world, that’s all. The press release states that “At the heart of the film is a small group of heroes – four young deaf men – who made their voices “heard” by exposing the priest who had abused them and so many others. Their investigation helped uncover documents from the secret Vatican archives that exposed the Pope… as both responsible and helpless in the face of evil.”

If attacking the Catholic Church is not a hot topic I don’t know what is and filmmaker Gibney covers all angles of the situation to expose it. He looks at many churches and priests in this country and others and right to the Vatican itself. Aiding in this story  Aiding the documentary with their narrative voices will be talents like Chris Cooper, Ethan Hawke, Jamey Sheridan and John Slattery.

More on this work and the others listed here as their HBO dates come closer.