Overview: In South Sudan, thousands have been killed, abducted or displaced by Joseph Kony’s Lord’s Resistance Army. French photojournalist Veronique de Viguerie travels with the Arrow Boys, an unpaid militia of farmers who took up arms to protect their families from the LRA. For the last two decades, Joseph Kony has led a campaign of unfathomable brutality in an attempt to impose his command as the law of the land. His forces have kidnapped and forced into slavery an estimated 60,000 children and driven two million from their homes. This is a dangerous place to be! 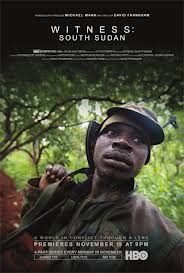 Expectations: Just by the descriptions I’ve read I expect this installment to be the most intense. Not to belittle the situations in the locales in the two previous episodes of WITNESS, but they didn’t seem as bad as what goes down in the South Sudan. The JUAREZ episode felt like punk gangs and their drugs; the LIBYA piece was about mass paranoia, but this one, WITNESS: SOUTH SUDAN sounds like a psychopath is running the asylum. It is like Hannibal Lector and any other schizoid killer you can think of all rolled up in one evil ruler. I hope, from the safety of my home, I can feel that intensity as De Viguerie makes her way through this savage region. It might be pretty raw footage, I don’t know. As usual, I’ll state my gut reaction after watching.

Gut Reaction: This installment of WITNESS is a totally different ballgame. This brave lady is not just talking to the victimized or running with protesters in the streets. She is not an innocent bystander capturing on film what is unfolding; she is actively involved. She is welcomed by the Ugandan Army and sits in on strategic planning over maps; she marches and documents the troops out on patrol in the bush; she hikes miles with local resistance fighters called The Arrow Boys and she does it all while pregnant. But, she does not tout herself as a hero or a savior. Upon the ending of this film she merely touts herself as a human being first and a photographer second.

In my expectations I hoped for some real intensity. It was there but not in the way I thought it would surface. The 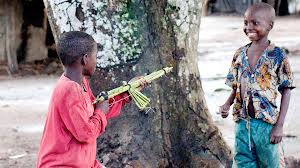 tracking through the bush never ended in gun play nor was there any grim scenes of death. Lest I appear troubled, let me explain that I did not really want to see that on camera but I still wanted to sense and feel the atrocity and how it impacted De Viguerie. I did manage to feel just that with the descriptive stories, aided by subtitles, explaining what is being faced here. It left me kind of numb. It leaves our photojournalist feeling the same way yet she goes back in again and again. She goes into the villages and bush to not just shoot pictures, but to help. It proves to be 57 minutes not to be missed.

In Conclusion: I think it is because of the different locale and situation playing out in the South Sudan that I felt the most gripped by this episode out of the three seen so far. There is one more in the series to go. Also, for the first time, I had the wish that this is not the end of the WITNESS series and that I hope to learn more of the work of Veronique de Viguerie and the others featured. 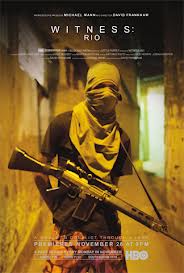 Overview: We move on to the last installment in the series. It is WITNESS: RIO; that is Rio as in Rio de Janeiro, Brazil. The photojournalist of the region, Eros Hoagland returns in this episode. It is a full 50-minute work that takes us to the biggest city of South America. It is here that a battle wages between the local government and two powerful drug gangs. When you think of Rio de Janeiro you think of Carnival, the pristine beaches or the statue Christ the Redeemer that blesses the city from the hilltop above. The tourist center is one thing but what seethes in the back streets is something else which proves quite dangerous. It is in the favelas or shanty towns that rim the city that a war wages. The local police and military units are battling the Red Command and Amigos de Amigos, two powerful gangs, in an attempt to regain control. Those gangs have retaliated with a series of urban terror attacks on cars, buses and police stations. Several journalists have been murdered. That has not deterred Hoagland from capturing on film what happens here nor does it stop him from uncovering some shocking evidence as a result.

Expectations: Rio de Janeiro is a vibrant and exciting city on the surface. I am looking forward to cutting away the layers and really looking at the underbelly of the city. Relate it to say, NYC or Washington D. C. Instead of focusing on Times Square or the marble monuments of the Capitol City look at what is happening elsewhere and you see the homeless, the sex trade and the drug trade workers etc. – that is the gritty truth. Photojournalists like Eros Hoagland are real good at showing us the gritty truth. I know he will also reveal to us a deadly truth. Since he places himself in the shanty towns, which are a maze work of squalor and strife he is placing himself literally 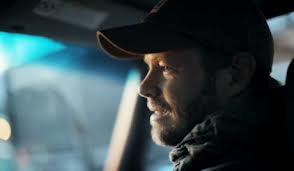 in to tight places with possibly no safe way out. I expect to feel the pressure.

There is another type of pressure felt here as well. The entire world is looking at this city as the location for the 2014 World Cup and the venue for the 2016 Summer Olympiad. Can this city be rendered safe for the athletes, officials and spectators in time? That seems a daunting task but I’ll comment more on that once I have watched WITNESS:RIO

Gut Reaction: There is no chance in Hell that Rio de Janeiro will be safe for the major sports events due in the city in the next few years. I repeat – no chance. There are too many places in the winding maze of paths and streets for thugs to hide. It was evident when Hoagland and the Police were on the move and spotted no illegal business or any of the most wanted. There are too many places to hide and it doesn’t help that the officers announce when sweeps occur. Sorry, but I’m not clear on who the smart ones are here. The drug gangs seem to have the upper hand.

Trying to make sense of it all is Eros Hoagland. In this installment he takes a more active role than just as an observer. He is actively investigating the mystery of what lies below the gaze of the statue on the mount. What he learns and reveals to the viewer is one of the most memorable in the series. The largest feeling I felt through 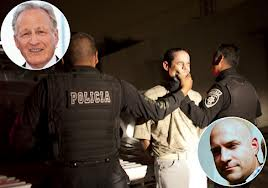 out was insecurity. No one is safe here. Hoagland is not safe and those about to visit from around the world in 21014 and 2016 will not be safe. It was a tense journey into the belly of Rio and an eye opener.

In Conclusion: I’m going round and round with that opinion but it was truly rushing through my mind every minute. Know this, my eyes will definitely be glued to the Summer Games in 2016 knowing what I know now. My attention will also be raised whenever I see or hear the names Eros Hoagland, Michael Christopher Brown or Veronique de Viguerie. What they have done and chronicled was all exciting to me. Thank you director David Frankham & producer Michael Mann!

I hope that WITNESS returns at some point to update us on these people and their careers. You can be sure that if it is this HBOWatch writer will be on it. See all four installments of WITNESS appearing across the channels and on HBO GO. Come back here to comment.